Forced Trading of sex for humanitarian aid in Syria ‘Shameful’ 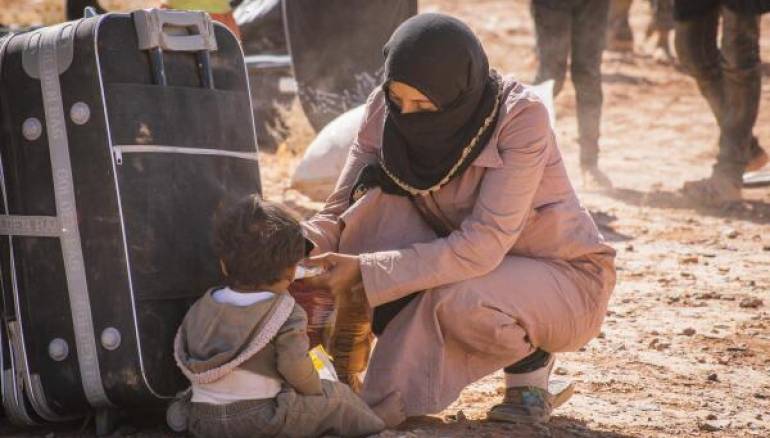 Geneva- Sexual exploitation of Syrian women and girls by some local men working in international agencies in Syria in exchange for relief is shameful, says the Euro-Mediterranean Human Rights Monitor, expressing grave concern that incidents of this kind are likely to continue to happen, in light of the growing number of recorded incidents worldwide.

Sexual exploitation is serious; thanks to aid workers’ position in these organizations, women are blackmailed into offering sexual favors in return for aid, clearly violating their organizations’ code of conduct as well as basic human rights, Euro-Med Monitor further explains.

Sexual exploitation in Syria has become so widespread that Syrian women are falling prey to ‘sex for food’ exploitation. Many refuse to go to aid distribution centers because of assumptions that they have offered their bodies in return for aid.

A new report by the United Nations Population Fund (UNFPA) titled, “Voices from Syria 2018,” confirmed that the phenomenon has spread to various Syrian governorates, especially in southern Syria. The report offers “examples of women or girls marrying officials for a short period of time for ‘sexual services’ in order to receive meals”. Many aid workers delivered aid to women’s homes in exchange for sex, also according to the report.

As a result of poverty and inability to provide for one’s self and family, women and girls are forced to consent to sexual exploitation, the report explains. The most vulnerable of these are female IDPs (internally displaced persons) and families ‘lacking male protectors’. Workers in aid charities have the full authority to distribute aid and are under no strict control, increasing possibility for the commission of such crimes.

Sexual exploitation is among many other violations recorded recently in crisis areas. Four days ago, the International Committee of the Red Cross (ICRC) said that 21 of its employees resigned or were dismissed since 2015 because they paid for “sexual services”.

Médecins Sans Frontières (MSF) International announced in 2017 that it had received 40 complaints of harassment and sexual abuse by its staff. There were also reports of sexual exploitation by Oxfam's staff in Haiti, Chad and Southern Sudan.

The Euro-Mediterranean Human Rights Monitor calls on all concerned UN and relief agencies working in the humanitarian field to activate mechanisms of control and to exercise all the powers they have to put a prompt end to sexual exploitation, abuse, and harassment of Syrian women and girls as well as other vulnerable groups in the world. Euro-Med Monitor also calls for the establishment of an effective method for complaints against such violations in order to protect vulnerable groups.