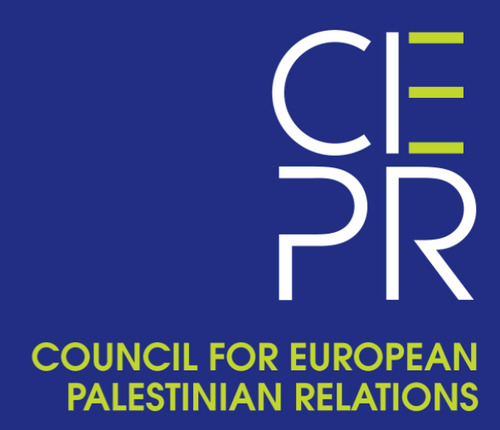 Three years ago, Israel was carrying out Operation Cast Lead that took the lives of over 1.500 Palestinians in Gaza. The official reason for the Israeli invasion was to recuperate a soldier; the intended purpose was to remove Hamas; the result was wanton destruction that "this time we went too far", according to Israeli columnist Gideon Levy.

As a casus belli, Israel claimed that the launching of those home-made Qassam rockets needed to end. The official Israeli figures show that the number of Qassams actually decreased in the summer and fall of 2008. But Israel went ahead and invaded Gaza again.

The Israeli soldier was not freed then. However, Israel did flatten the American International School – nothing remains but an empty field now – and dropped chemical bombs on United Nations buildings as well razing entire neighborhoods like Izbet Abed Rabo in eastern Gaza.

This onslaught is common knowledge now. What is often overlooked is the fact that Israeli politico-military leaders brought an end to the war on Gaza the very same day that Obama took office on the January 18, 2009, as the 44th President of the United States of America.

Whether out of respect for the incumbent U.S. president, the Israeli timing was a tip of the hat to its closest ally. If Obama took this as a sign of respect or not, he entered the White House with a confident new agenda for U.S. foreign policy in the Arab world that would have direct implications for relations with Israel.

Obama sent the veteran diplomat and peace negotiator George Mitchell to solve this perennial conflict and called for an end to all illegal Jewish settlement activity on occupied Palestinian territories. Obama could not help himself, just like his predecessors, and even set a date for the independence and statehood of Palestine!

That date passed last September and the Palestinians are still under Israeli military occupation in the West Bank. Netanyahu completely disregarded international law (and Obama) and continued with Jewish settlement growth in occupied Jerusalem. And believe it or not, despite the Israeli 'disengagement' in 2005, Gaza is still occupied too.

How is this possible? Israeli soldiers and Jewish settlers may no longer be on the ground in the Gaza Strip, but Israel occupies Gaza's territorial waters leaving only 3 kilometres for Palestinian fishermen who are promptly detained, sprayed or shot for approaching the boundary imposed by Israel.

Israel also has free access to violate Palestinian airspace. Whenever the Israeli military feels compelled to send out their fighter jets or helicopters to strike Gaza they fly straight over the Strip. Air and water are two elements that define sovereignty – or lack of sovereignty in this case. The third element is occupation by land.

Palestinian farmers are forbidden from cultivating kilometres of land on the eastern and northern borders of Gaza. The Israeli military shoots at farmers that approach these areas to supposedly help avoid the launching of rockets.

There is an argument for security concerns, but it's still a form of occupation – not allowing others to use their land.From a legal perspective, the United Nations also includes Gaza along with the West Bank and East Jerusalem as part-and-parcel of the Palestinian Territory that is occupied in its entirety until the day Israel officially withdraws from the different Areas of the Oslo Accords and reaches a final peace settlement and solution to the Jewish settler problem.

And there is the embargo or siege or blockade of Gaza. However you may wish to call the Israeli denial of access and movement to Palestinian goods and people, Israel is still occupying and preventing an existential space for the Palestinians. The question is: why is situation allowed to endure after the Israeli soldier was released?

The simple answer: Israel wants nothing to do with Gaza. Since losing the territory in 2005, Israel has gradually turned its back on the Strip. The Europeans tried to help monitor the Rafah crossing but that did not last long. The election of Hamas in 2006 provided Israel with an excuse to further isolate Gaza. The killing of two Israeli soldiers and the kidnapping of another closed the siege completely.

But now that the soldier has been returned for over a thousand Palestinians, Israel can only fall back on the fact that Hamas is still in power. And the fact that Hamas is not about to relinquish power merely reinforces Israel's obduracy when everyone knows now that national coalition governments are the future of Arab politics.

That Washington is beginning to realize this is apparent with incremental overtures to the Muslim Brotherhood. That Europe sees the changes is apparent in their positive support of change in the Arab world. That Israel refuses to see this happening before their noses is an astounding tragedy and a worrying sign of deep immaturity.

Stuart Reigeluth and Dimitris Bouris work at the Council for European Palestinian Relations (CEPR) www.thecepr.org in Brussels and London. This article was first published by Gulf News on January 17, 2012.