Organized violence against Muslims in Europe requires a decisive position 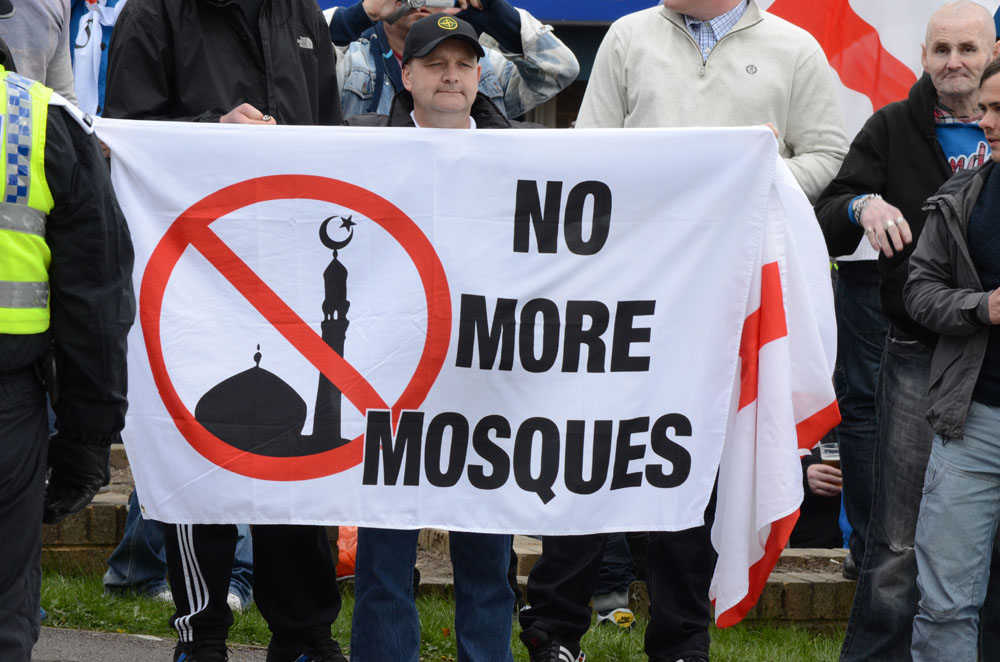 Geneva- The widespread practices of organized violence against Muslims in Europe are deeply distressful and alarming, says the Euro-Mediterranean Human Rights Monitor. Random attacks against Muslims have turned into organized crime, with populist groups and bodies stroking up hatred and promising rewards for crimes directed against the Muslim minority.

If European governments do not take an immediate decisive and unified position regarding these crimes, catastrophic results are likely to impact societal peace across the continent, Euro-Med Monitor warned in a press statement on Sunday.

Following reports of hate letters titled “Punish a Muslim Day,” received across the UK, which incites Islamophobic acts of violence against Muslims, the human rights nonprofit group warned of possible hate crimes, stressing that such letters will only further harm Muslims residing in the country and elsewhere.

The letter has been circulated in mosques, outside institutions and public places, and randomly emailed to hundreds of people, calling for hostilities against Muslims everywhere, with 3 April as the day for carrying out these attacks.

Those who wrote the letter proposed a points-based system for acts of violence against Muslims, for each point scored a certain reward was promised. Taking a woman’s hijab off accounts for 25 points, the letter said, 50 points for acid attacks, and 1000 points for burning or blowing up a mosque.

The Metropolitan Police and Bradford Police reported that they had received several communications from persons receiving messages of incitement and violence against Muslims. Euro-Med Monitor calls on the British police to act firmly regarding these letters, especially that it is highly possible to obtain an address for the anonymous sender/senders.

Reportedly, hate crimes against Muslims have escalated in recent years in the UK and Europe in general. London City recorded a remarkable increase in the number of crimes during 2017 by 40%, while the German Interior Ministry announced that the number of assaults against Muslims and mosques during the same year amounted to about 950.

A member of an Italian right-wing racist party fired six bullets at a 54-year-old Senegalese salesman and instantly killed him in Florence a few days ago. A month earlier, a young man of the same right-wing party fired live ammunition to kill six foreigners of African descent in Macerata City.

The situation of Muslims in Europe is taking a more alarming turn, while Muslims only make up about 5% of the total population. They are under constant Islamophobic threats, stated the Geneva-based organization, which will only instill fear and hatred of Islam and Muslims, with such practices only instigating an endless cycle of violence.

The Euro-Mediterranean Human Rights Monitor calls on the European Union to come to a unified and firm stance regarding these practices and to exert more efforts to ensure respect and protection of the rights and religious beliefs of migrants and minority groups. Euro-Med Monitor further calls for holding those responsible for incitement and violence accountable.