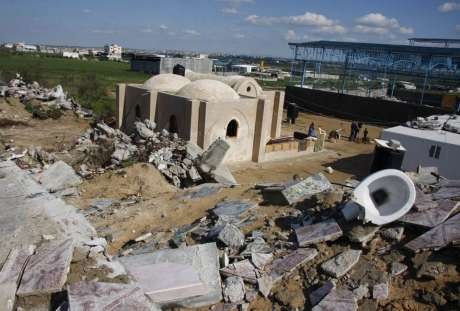 Almost 1,100 Palestinians, over half of them children, were displaced due to home demolitions in the West Bank by Israeli forces in 2011 – over 80 per cent more than in the previous year – according to a United Nations report released yesterday (Thursday January 26, 2012).

“Demolitions and Forced Displacement in the Occupied West Bank,” prepared by the UN Office for the Coordination of Humanitarian Affairs (OCHA), adds that an additional 4,200 people were affected by the demolition of structures related to their livelihoods.

The report states that Israeli forces destroyed 622 structures owned by Palestinians including homes, animal shelters, classrooms and mosques – a 42 per cent increase compared to 2010.

In addition, over 60 per cent of the Palestinian-owned structures demolished in 2011 were located in areas allocated to Israeli settlements. Israeli forces destroyed 622 structures owned by Palestinians including homes, animal shelters, classrooms and mosques – a 42 per cent increase compared to 2010.

The report adds that that 90 per cent of the demolitions and 92 per cent of the displacement occurred in already vulnerable farming and herding communities in the territory known as “Area C” – which represents over 60 per cent of the West Bank where Israel retains control over security, planning and building.

Meanwhile, the report states that there was a “significant” decrease compared to previous years, with 42 structures demolished. However, at least 93,100 residents who live in structures built without a permit, remain at risk of displacement.

“The forced displacement of Palestinian families and the destruction of civilian homes and other property by Israeli forces in the West Bank, including East Jerusalem, have a serious humanitarian impact,” the report points out, adding that the impact on families’ psychosocial well-being can be “devastating.”

It adds that Israel, as the occupying power in the West Bank, has the obligation to protect Palestinian civilians and to administer the territory for their benefit.

During a visit to Israel and the occupied Palestinian territory last May, the Under-Secretary-General for Humanitarian Affairs and head of OCHA, Valerie Amos, urged Israel to end its evictions policy and to look carefully at the key humanitarian concerns of demolitions and displacement in the West Bank.

Source: UN Office for the Coordination of Humanitarian Affairs (OCHA)