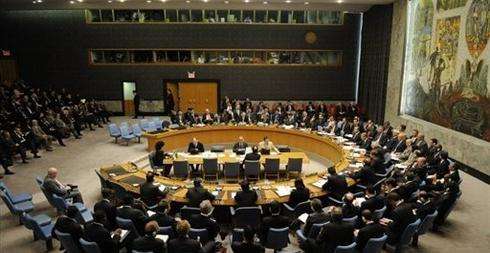 The Euro-Mediterranean Human Rights Monitor has condemned strongly the bloody violent activities that took place in the early hours of Saturday morning in Syria, which led to the killing of two hundred and sixty civilian Syrians in a number of districts in the city of Hims, according to eyewitness accounts.

The Euro-Med Monitor denounced, in a statement on Sunday morning (5/2), the shelling of residential areas, in a number of neighborhoods Hims –in the center and west of Syria- by, in particular district Khalidiya (north of the city), by the forces of the Syrian regime led by Bashar Al-Asad. The forces used mortars and artillery, according to the testimonies reported by the citizens of the city of Hims, which is being besieged by the forces of the regime for weeks.

The Euro-Med Monitord declared that the testimonies of the eyewitnesses gathered from the field until Saturday evening, reveals that the violent actions perpetrated by the forces of the Assad regime, targeting of civilian houses in the late hours of Friday night and Saturday morning, are classified by law as "crimes against humanity,". These crimes are added to a series of the other violations and crimes since the outbreak of protests and acts of harassment against the peaceful demonstrators that took place eleven months ago.

The witnesses stressed to the Euro-Med Monitor delegates in the city that they counted nearly thirty bodies of children, who were killed by bombing in al-Khalidiya.  Also, they saw a more than ten houses, which were collapsed completely, and a few dozen other homes partially destroyed, in which is expected to have victims buried under the rubble until noon.

The Euro-Med Monitor, with its headquartered in Geneva, the reports quoted a Syrian officials denying the actions of the regular army of the shelling of the neighborhoods of Hims or its entry this morning , while the testimonies of the eyewitnesses accounts prove the launch of missiles that killed civilians at dawn on Saturday, from the "Air Intelligence" building, which is controlled by the forces of the Syrian regime. Also, the eyewitnesses stated that that they viewed members of the military wearing uniforms hacking the way for the ambulance crews and preventing  the rescue of the injured, which led to the deaths of many for not receiving medical care.

In the same context, the statement condemns the use of “Veto” by Russia and China against a draft resolution in the UN Security Council yesterday evening to condemn the actions of the Syrian regime, saying that its use after a night of the "brutal attack" against innocent people in Hims, was a "disavowal of Russia and China for all principles of humanity. "

The statement stressed the need to allow representatives of human rights organizations to enter the city of Hims and the neighborhoods affected safely, to stand more closely on the nature of violations committed against civilians in order to criminalize the practices of the Assad regime.

The statement issued by the Euro-Med Monitor demanded the international human rights organizations and the UN to carry out their roles and responsibilities in activating the mechanisms of international law by taking practical and concrete steps towards stopping the bloodshed in Syria and providing security and protection for the civilians urgently.

Also, the Euro-Med Monitor stressed in the statement on the need refer the file of Syria to the Prosecutor of the ICC, to issue urgent decisions to ban arms exports to Syria, to freeze the movement and assets of the funds of the ruling regime there, and to subject those responsible for the brutality killings of the innocent people to the international tribunals, on the basis of committing crimes of genocide practice and abuse against the Syrian citizens.