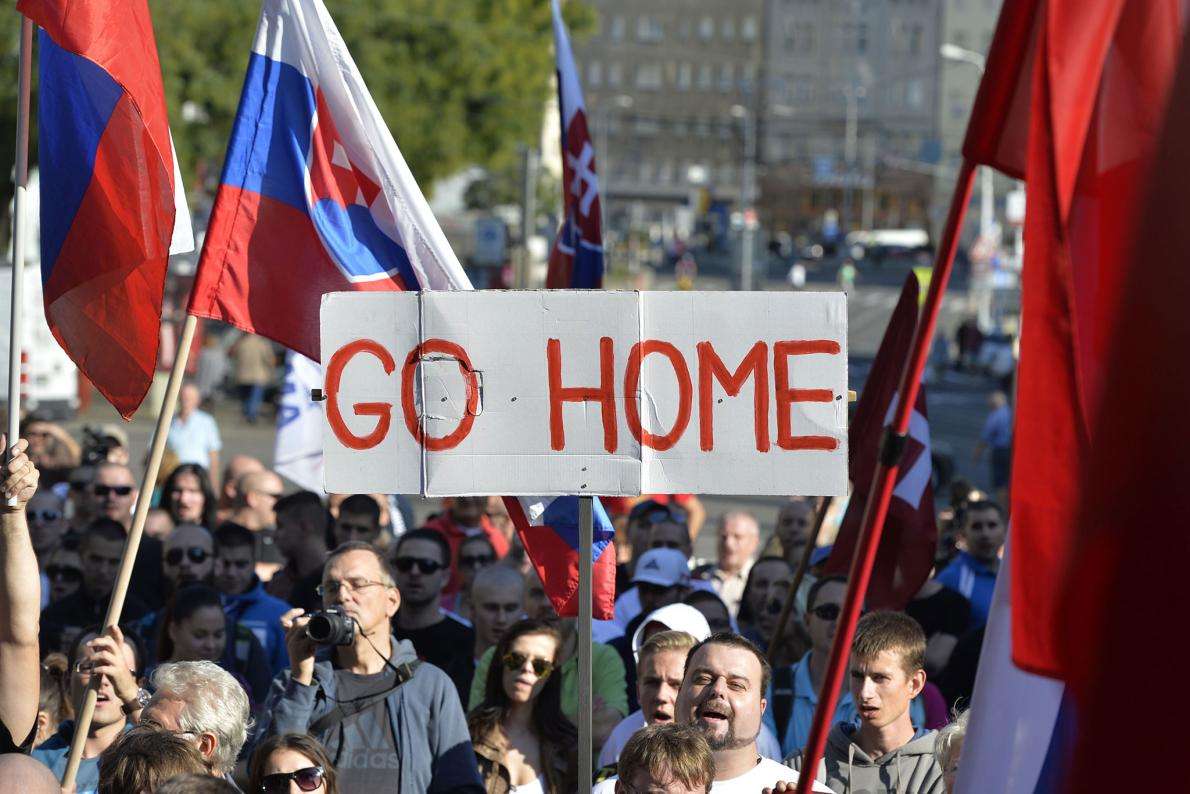 Geneva- Discrimination and xenophobic tendencies against asylum-seekers and migrants in Europe have grown steadily since 2015, warned the Euro-Mediterranean Human Rights Monitor.

Increased incidents of violence against refugees and migrants in Europe indicate that the situation is only getting worse, added Euro-Med Monitor in a press release on Wednesday.

These policies are taking an increased systematic trend that is supported both by the state and political parties, thus impeding refugees’ and migrants’ ability to effectively integrate into ‘host’ communities that regard them as a threat.

It should also take a firm stand against xenophobic phenomena and rights violations directed at refugees and migrants, which have been prompted by a wave of extreme right-wing tendencies spread across several EU.

Euro-Med Monitor has documented statements of refugees who were threatened and attacked in France, Germany, Poland and other European countries in the report. Manifestations of xenophobia and discrimination against refugees and migrants have varied from physical and arson attacks and murders to restrictions on labor rights and freedom of movement outside the refugee camps. Refugees and migrants have also been denied the right to expressing their religious identity, such as wearing hijab.

When comparing the number of attacks against migrants in Germany in 2015, 2016 and 2017, the number of incidents reported to the Ministry of the Interior in 2016 amounted to 178,438 attacks. This figure shows that hate crimes have doubled compared to 2015.

Attacks against Muslims and Islamic property increased in 2017, amounting to over 1,000 reported attacks. Statistics of attacks during the few months of 2017 increased compared to those in the last third of same year.

The report further referred to several other examples and testimonies concerning incidents of violence against refugees in Europe. For instance, the Chairman of the governing board of the Muslim League in Poland, Youssef Chadid, received several death threats. In addition, a Turkish student was subjected to verbal abuse and physical assault in a Polish market in Torun. In addition, an Islamic cultural center was attacked in Warsaw last November. Moreover, a man tried to drive his car into Muslim worshipers in front of a mosque in Paris in June 2017. A month later, two masked men carried out another attack on a mosque located in southern France, injuring eight people, including a seven-year-old girl.

In the report, an analysis of the causes of rising Xenophobia and racism against refugees in Europe was published by Euro-Med Monitor, pointing out that European countries have addressed the crisis by taking several measures aimed at limiting refugees’ and migrants access to their borders.

Such measures preventing the flow of migrants and asylum seekers to Europe include border closures, movement restrictions, censorship, military operations, detention, deportation, and deals with countries such as Turkey and Libya.

These measures taken by the European governments gave Europeans an impression that instead of welcoming refugees and migrants, they need to avoid interaction with them and rather perceive them as a serious threat to their communities.

In addition, the rising populist tendencies coupled with extremist attacks and calls for expulsion of refugees and migrants are all factors that contributed to the current xenophobic public opinion, leaving no room for accurate information and analysis based on facts.

In the report, Euro-Med Monitor called for more action to ensure respect and protection of refugees and migrants’ rights as set forth in the Dublin Special European Convention and the New York Declaration on Refugees and Migrants.

The Euro-Mediterranean Human Rights Monitor reiterated its calls for EU countries to take appropriate measures while complying with international obligations in dealing with refugees in accordance with the International Convention on the Elimination of All Forms of Racial Discrimination, ensuring that refugees are not victims of arbitrary detention and ensuring equal treatment before the law.

Euro-Med Monitor also calls that anti-refugee rhetoric and hate speech should be criminalized to limit the phenomenon of xenophobia and discrimination against refugees and migrants.

A well-balanced popular discourse on refugees and their integration, together with some positive political steps, may contribute to reducing profiling and thus countering the phenomenon of xenophobia and discrimination against refugees and migrants in Europe.