At a press conference: Euro-Med Monitor presents findings of investigation into violations in Yarmouk Camp 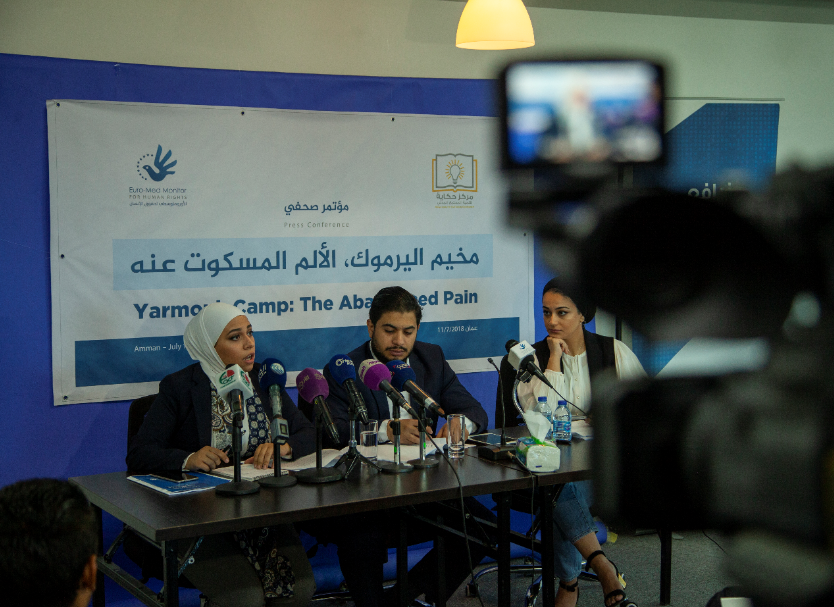 Amman- At a press conference held in Amman in cooperation with Hikaya Center for Civil Society Development, the Euro-Mediterranean Human Rights Monitor today reviewed the findings of its investigation of the violations of the human rights in Yarmouk Camp during the past seven years –since the beginning of the Syrian crisis- especially after the recent military operation carried out by the Syrian regime to regain control of the Camp last April. In addition, it shed light on the humanitarian and living conditions of the Palestinian refugees in the Camp and those displaced in other camps in northern Syria, where they suffer harsh conditions.

Investigations were conducted on the major violations and the systematic damage that the Camp has and still suffering from, documenting them in its recent report "Yarmouk Camp, Abandoned Pain" that proved the deliberate destruction of the Camp; 80% of the Camp's buildings and infrastructure were destroyed. As a result, refugee's return to Yarmouk Camp became almost impossible. Investigations also revealed the deliberate targeting of the rest of the Camp's furniture and equipment, in addition to extortions and public executions that started since the Islamic State (ISIS) took control of the Camp in 2015 and did not stop even after the Syrian regime regained control of it in May 2018.

The non-profit human rights organization also reviewed the crisis of the Syrian refugees at the Syria borders with Jordan at the end of last month and the beginning of this month due to the military operation conducted by the Russian and Syrian forces in Daraa and Quneitra Governorate on 16 June. As a result of this military operation, about 270,000 Syrians fled to Jordan-Syria borders, but Jordan's government has closed its border in front of them, promising that "it would provide services to the Syrian refugees on their land." After Jordan managed to reach a ceasefire, most of those refugees returned to their home.

"This crisis has showed again the urgent need for a new international instrument in regard to dealing with the refugees’ crisis. The failure of the international community to bear the collective responsibility makes Syria's neighboring countries avoid bearing their legal and humanitarian responsibility. This didn’t happen only today, but it has been happening for many years, and not only in Jordan, but also in Lebanon that opened its borders for more than a million Syrian refugees, despite being a weak and a small country,” said the Euro-Med legal adviser, Enas Zayed, pointing out that Europe has been making its best to stop refugees from entering its borders.

The Euro-Mediterranean Human Rights Monitor issued a new report titled “Yarmouk Camp, the Abandoned Pain,” investigating the serious violations and massive destruction of the Yarmouk Camp over the past seven years, leading residents to flee en masse to the north of Syria.

Prompted by UNRWA’s dramatic cuts to funding specific to Palestine refugees, Euro-Med Monitor will announce the main results included in the report during this press conference. This conference aims to highlight the international community’s responsibility regarding the Crisis in general and the longstanding, renewed displacement of Palestinian refugees in particular.

The Yarmouk refugee camp in Damascus is the largest refugee community in Syria. According to UNRWA, the number of Palestinians living in the camp before the beginning of the Syrian crisis declined from 144,000 to 6,300 as the Syrian regime commenced the military operation during April 2018.

The Yarmouk refugee camp in Damascus was forced in the Syrian crisis. Initially, the Camp served as shelter for the surrounding neighborhoods. After 16 December 2012, the situation started to change as a Syrian airstrike targeted the mosque of Abdul Qader al-Husseini, which hosted dozens of IDPs (Internally Displaced Persons) from neighboring areas. This incident prompted 80% of the Camp's residents to flee.

Meanwhile, opposition armed groups entered the Camp only to become under a partial siege taking effect in December 2012 and gradually intensifying until the regime imposed full control of the Camp in May 2018. In effect, over 200 refugees died as a result of the siege.

ISIS taking control of the Camp

The Syrian Opposition committed violations against residents of the Camp as they battled against ISIS, with fighting ending only with ISIS taking control of the Camp and immediately dictating certain clothing and social customs. Schools have been closed, and activists and journalists assassinated, in addition to other violations that included hand amputations and executions in public squares, thus displacing nearly 2,000 families to neighboring towns.

The Syrian regime announcing a military operation south of Damascus

On 19 April 2018, the Syrian regime started a massive military operation in Yarmouk Camp and some neighboring areas to regain control.

On 29 April 2018, The regime thus concluded the Three Towns Agreement with the Syrian Opposition, which resulted in the displacement of about 700 Palestinian families from the Yarmouk refugee camp. These families were distributed to several camps in northern Syria, including Deir Ballut, Shabiran, Azaz and others. They are suffering from acute shortages of medical care, food and water.

The Camp was subjected to bombing over 33 days during which the Syrian regime used various types of missiles, barrels and explosive hoses. According to field activists, in the early days of the operation, the Camp was subjected to nearly 70 airstrikes every day, and over 50 barrels. Also, over 1,000 mortars and 100 surface-to-surface missiles hit the Camp on the first day of the military operation.

The two main parties to the hostilities in the camp, namely the Syrian regime and ISIS, ignored all international calls for an open route to rescue civilians. The fighting ended with ISIS pulling out to the south of Syria. The regime thus declared control of the camp in a military operation that resulted in the killing of 31 civilians, including medic Jamal Samih Humaid, the destruction of over 80% of buildings, including the only Palestinian hospital in the camp, schools, infrastructure and mosques. Meanwhile, electricity and water remain unavailable in the camp.

On 21 May 2018, the regular army announced that it had taken full control of the Yarmouk refugee camp. Armed members looted many civilian houses and shops in the camp. Pictures and videotapes leaked from the camp indicated that such lootings appear to be organized. In addition, several cases of extortion by the members of the regime have been recorded. One witness interviewed said that civilians were required to pay between $50 to $150 for going into the Camp or for taking out property.

Regarding UNRWA’s services to Palestine refugees

Euro-Med Monitor wishes to acknowledge that the Agency continues to-date to suffer from a severe financial deficit after the United States slashed funding to the Agency, thus impacting Palestinian refugees in UNRWA's five areas of operation.

The continued reduction to UNRWA's work means that the Agency's can hardly provide basic services for more than 5,800,000 registered Palestinian refugees. Also, 525,000 students may be deprived of their right to education, 702 UNRWA schools closed and 143 clinics shut down. It also means that contracts of 30,000 UNRWA staff may be terminated, not to mention other areas affecting 58 refugee camps.

As a result of the Syrian Crisis, the Agency failed to update statistics for the number of Palestinian refugees registered in its five areas of operation for over a year and a half now.

Twenty countries pledged at the New York Conference to pay about $375 million to fill the gap in the Agency’s funding. However, UNRWA received only $50 million, with the deficit standing at $200 million.

In light of the given information, the international community and donor countries are urged to stand for Palestinian refugees. There is no need to remind that, under General Assembly resolution 194, the United Nations should take responsibility for these refugees until they return to their country of origin from which they were expelled in 1948.

The refugee crisis starting in Daraa and Quneitra as a result of the military operation of the Syrian regime on June 16 is another illustration of the problem of negligence and limitation in the role of the international community in bearing responsibility for the refugee crisis over seven years.

Following the military operation, some 270,000 people fled to the Jordanian border, while Jordan refused to receive them. The country said it would provide services to Syrian refugees only while on Syrian lands. The Syrian government, however, refused to deliver aid to them. After an urgent Jordanian mediation, an agreement was concluded whereby most of the displaced returned to their homes, but living under tragic conditions.

This crisis has once again highlighted the international failure to shoulder responsibility for refugees, rendering Syria's neighbors less willing to take the burden for any more refugees. The countries concerned are still treating refugees in terms of security and politics rather than from a humanitarian and legal perspective. 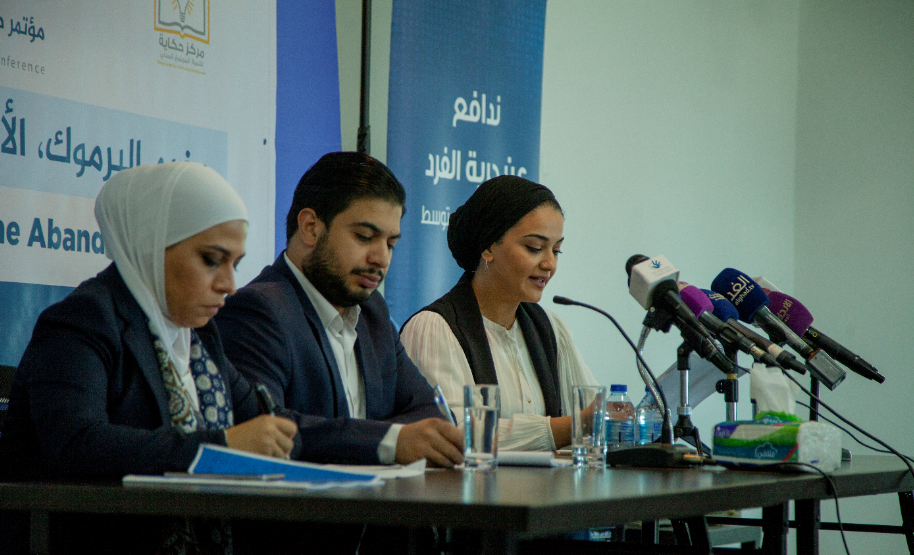 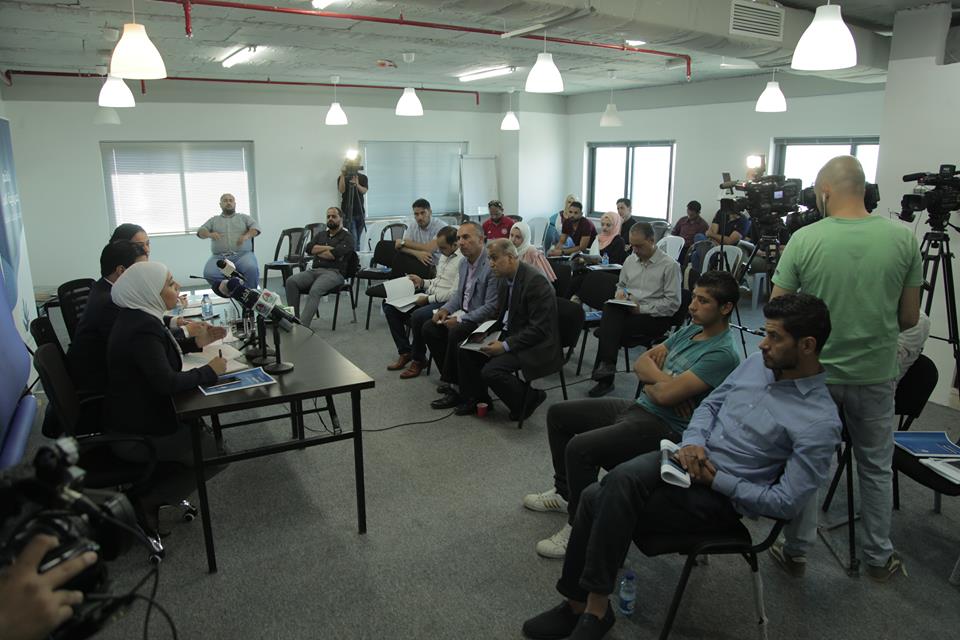 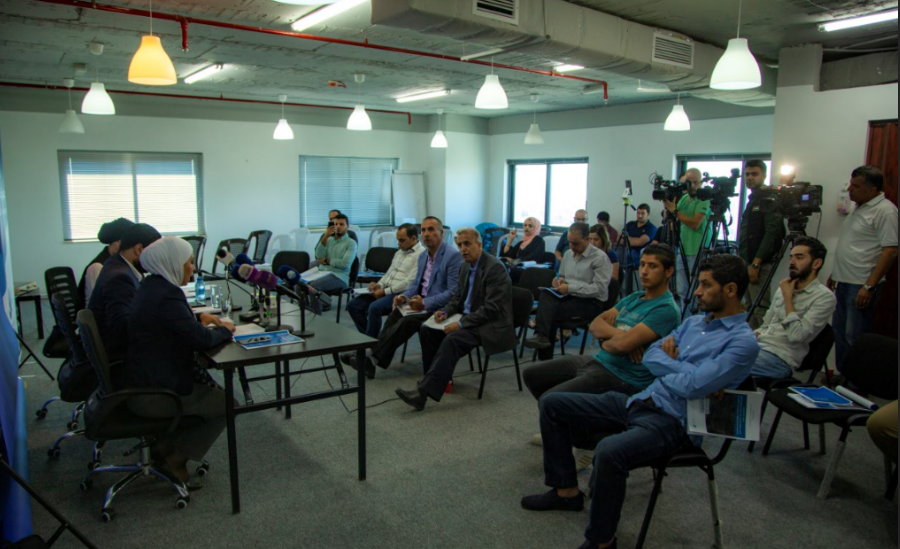 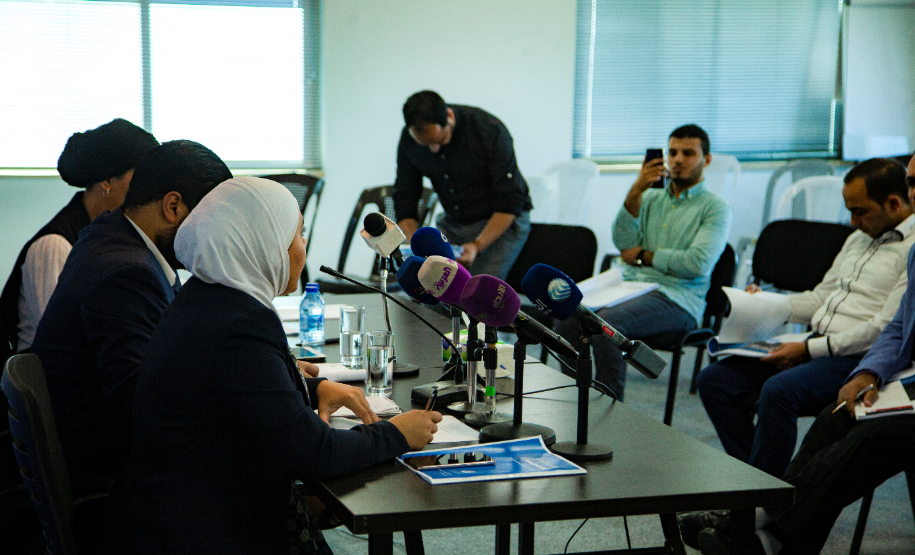