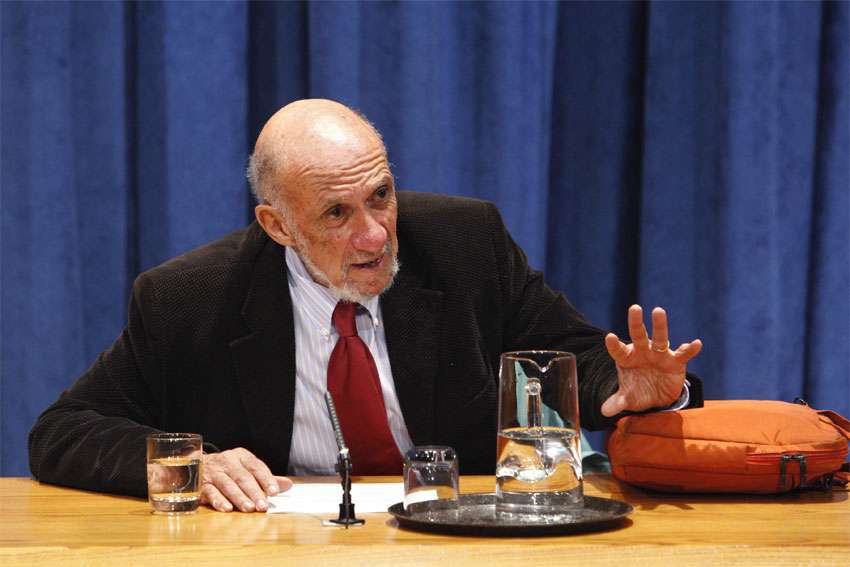 An independent United Nations human rights expert today added his voice to the concerns expressed about the health of a Palestinian detainee who has been on a hunger strike for almost two months.

Khader Adnan has been refusing food since 18 December in protest at his imprisonment without charge by Israel, according to media reports.

Richard Falk, the UN Special Rapporteur on the situation of human rights in the occupied Palestinian territories, described the situation as urgent and said the international community should intervene on Mr. Adnan's behalf.

“In view of the emergency of his situation, the Government of Israel must take immediate and effective action to safeguard Mr. Adnan's life, while upholding his rights,” said Mr. Falk in a statement.

The Special Rapporteur, who is currently on a fact-finding mission to the Middle East, also urged the Israeli Government “to respect its legal obligations” concerning the several thousand Palestinian prisoners in its jails.

“The improper treatment of thousands of Palestinian prisoners by the Government of Israel should be of great concern to the international community, and it is a problem that I am paying close attention to in the context of my ongoing visit to the region.”

Mr. Falk's comments echo those of Robert Serry, the UN Special Coordinator for the Middle East Peace Process, who last week called on Israel to do everything in its power to preserve the health of Mr. Adnan.

During his recent visit to the region, Secretary-General Ban Ki-moon also discussed the situation of Palestinian prisoners in Israeli custody when he met with the Palestinian Minister of Prisoners' Affairs