Lebanon: Authorities’ cracking down on activists must stop 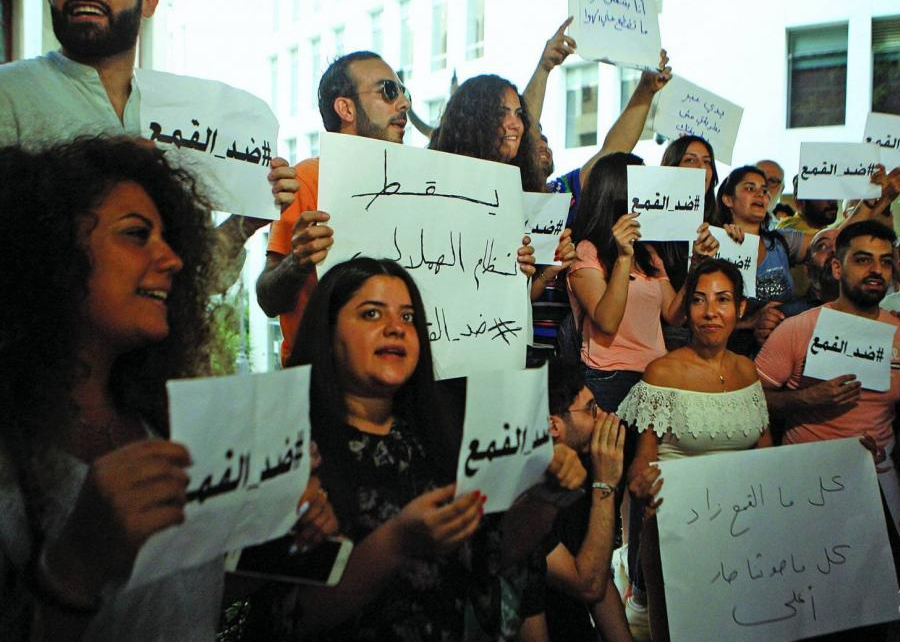 Geneva - The Lebanese authorities' unprecedented crackdown on Lebanese activists and people expressing their opinions must end, said the Euro-Mediterranean Human Rights Monitor, pointing out that several violations against activists have been documented in recent weeks, including several summons and arrests.

Euro-Med urged the Lebanese authorities in a press statement on Wednesday to release the detained activists on the background of expressing their views, stating that the human rights record in Lebanon is witnessing a marked decline in public freedoms and in an alarming manner.

Euro-Med Monitor’s team followed up on the summoning of activist Elie Khouly this month by the Cybercrime Office. He was summoned on the background of a Facebook post criticizing the situation, and warning against people’s inability to meet their basic daily needs due to “wrong state policies”.

On 20 July 2018, the information Service of the Directorate General of Public Security, arrested activist Mohamed Awad, known for his opposition to Lebanese politics, after confiscating his phone and personal computer and forcing him to sign a pledge not to speak against public figures or religious symbols.

On 24 January 2018, the Lebanese Public Prosecutor charged Hisham Haddad, a comedian, with defamation, after presenting a satirical comedy in which he mentioned the Lebanese Prime Minister and the Saudi Crown Prince.

Four days earlier, the Lebanese Army Directorate of Intelligence detained activist Obada Yusuf for four days, after he was summoned for questioning due to his Facebook post about senior Lebanese politicians.

On 10 January 2018, journalist Haneen Ghadar was sentenced in absentia to six months' imprisonment after a communication against her was submitted on the background of views she expressed during a seminar in Washington - where she lives.

The Lebanese military court cancelled a verdict against journalist Ghadar following an objection from her lawyer to the verdict.

These practices against activists express an escalation in the policy of repression and restrictions exerted by the Lebanese authorities since the beginning of the year against the right to freedom of opinion and expression.

Article 13 of the Lebanese Constitution guaranteed: “The freedom to express one’s opinion orally or in writing,” while at the same time, noting that Lebanese laws that allow imprisonment in response to criticism of individuals or government officials are loose laws and do not comply with Lebanon's international obligations.

Article 9 of the same Convention states that: “Everyone has the right to liberty and security of person. No one shall be subjected to arbitrary arrest or detention. No one shall be deprived of his liberty except on such grounds and in accordance with such procedures as established by law.”

The Lebanese authorities are obliged under these conventions and under international customary law not to commit violations that derogate from the rights of individuals and are obliged to submit reports to the Convention’s Commission on Human Rights so that the extent of its commitment to the Convention is measured, as provided for in Article 40.

Euro-Mediterranean Human Rights Monitor calls on the Lebanese authorities to stop suppressing activists and opponents, to release all prisoners of conscience, as long as they committed no violation of the law.

Euro-Med Monitor further calls on the Lebanese authorities to respect the right to opinion and expression guaranteed by the Lebanese Constitution, to create a democratic environment that respects all opinions and attitudes, and to safeguard the right of citizens to express their views.