Euro-Med Monitor condemns the killing of journalists in Syria 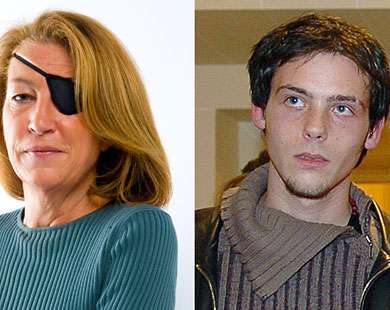 The Euro-Mediterranean Human Rights Monitor condemned in an official statement in the morning of Thursday 23rd of February the action of the troops of the Syrian regime targeting of the media center for journalists and activists in the neighborhood of Baba Amr, in the Southwest of Homs. The brutal action resulted in the killing of the American reporter Marie Colvin and the French photojournalist Remi Ochlik, 28, and at least two other Western journalists who were seriously injured.

The Euro-Med Monitor called for all those who condemned the killing of journalists to move significantly to stop the bloodshed of the civilians in Syria, especially in the districts of Homs, which is pounded a 20th straight day with rocket-propelled grenades and sniper weapons.

The Euro-Med Monitor denounced the declaration of acquittal of the regime regular troops by the Syrian Ministry of Media in which they Ministry claimed that the authorities prohibit the entry of journalists into the country, which forces them to risk their lives to document what is happening on the ground.

In the same context, the Euro-Med Monitor also denounced the ridiculous declaration of condemnation by the Russian Foreign Ministry of the killing of the journalists, while Russia denies the human rights of the Syrians by supporting the Syrian regime against the innocent civilians.

Euro-Med Monitor asserted eye witness testimonies collected from Baba Amr indicated that nearly fifty thousand Syrian were brutally killed there since 5th. It is worth mentioning that the daily bombing since that date, resulted in killing 785 people in the neighborhood, including 60 children and led to the destruction of 45 houses as some of them were buried under the ruins of their own homes.

Finally, the Euro-Med Monitor stressed on the need to open safe passages to allow the transfer of humanitarian aid into the besieged neighborhoods of Homs as the people there lack drinking water and food supplies for days, according to the appeals of the citizen there, who also call for the urgent entrance of the ambulances and medical equipment to save the injured.