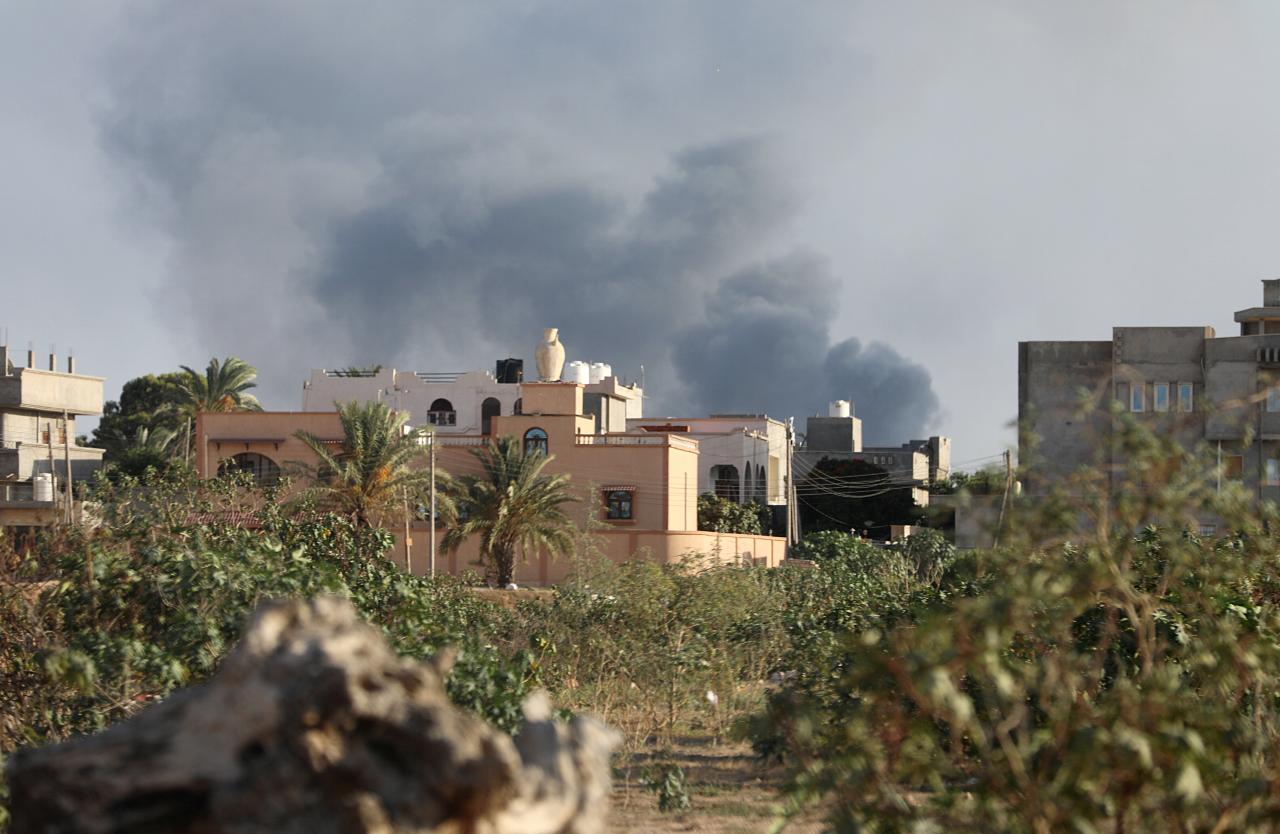 Geneva- Armed clashes, which have been raging since Monday, 27 August 2018, in the south of the Libyan capital of Tripoli, resulting in the death of dozens of civilians, are shocking, says the Euro-Mediterranean Human Rights Monitor.

The parties involved in the conflict should stop all military operations in civilian areas as they pose a threat to their lives, safety as well as properties, adds the Geneva-based nonprofit group.

An armed group called the 7th Brigade said it was assigned by the Government of National Accord to enter the southern suburbs of Tripoli, thus clashing with the Tripoli Brigade and the RADA Special Deterrence Forces.

The clashes lasted for over six hours, with the 7th Brigade took effective control of the Yarmouk Military Base, an important security site south of the Libyan capital.

Witnesses said that various types of heavy weapons were used in the clashes inside civilian areas, including tanks and anti-aircraft weapons as well as mortars and machine guns.

The 7th Brigade published a press statement saying that the purpose of the military operations is fighting 'corruption' and eradicating the gangs plagued by theft and kidnapping.

The Ministry of Health of the Government of National Accord said that more than 35 people were killed as a result of these clashes, at least 16 of them were civilians, while 96 were injured by direct and indiscriminate targeting of homes.

A field hospital by the department of wounded affairs announced that 26 people were killed, including 15 civilians, and more than 75 injured, including 51 civilians, some of them suffered serious injuries.

Casualties from the Libyan Red Crescent teams and volunteers were reported. Bashir Mustafa Hachachi and Hassan al-Sayd Hamza were killed while evacuating families affected by the clashes.

According to eyewitnesses, violent clashes took place near a security headquarters of the so-called Al-Nawasi. In the meantime, Abdul Hamid Al-Hazil Al-Kikli was shot dead with bullets all over his body. An attempt was made to rescue his life by transferring him to the Mukhtar Hospital, but he was announced dead before moving him to the hospital.

One member of the 7th Brigade is said to have been killed when the group tried to expand its control by seizing some vital positions within the capital for future political gains. However, allegations appeared that they were assigned to do so by the Government of National Accord.

The failure to implement the security arrangements contained in the political agreement signed in December 2016 by the Government of National Accord is one of the main reasons for renewed clashes between armed groups, states Euro-Med Monitor's researcher Moussa al-Qunaidi.

Security Council resolutions 2174 and 2259 should take effect, adds al-Qunaidi, which would allow the prosecution of any person who plans, directs or commits acts that violate international law or human rights in Libya.

Security Council resolutions also provide a travel ban and a freezing of assets of individuals and entities that carry out or support acts that threaten peace, stability or security in Libya, or impede or undermine the process of political transition in the country.

Such incidents could amount to a war crime, says al-Qunaidi, which requires prosecution and accountability for crimes, according to Article 8, paragraph 2 (b) of the Rome Statute governing the International Criminal Court.

The Euro-Mediterranean Human Rights Monitor calls on all parties to the conflict in Libya to neutralize civilians.

Euro-Med Monitor further calls on the Government of National Accord to assume its legal responsibilities, in cooperation with the United Nations, and to exert every effort to stop all military operations and to hold accountable those responsible for violations.