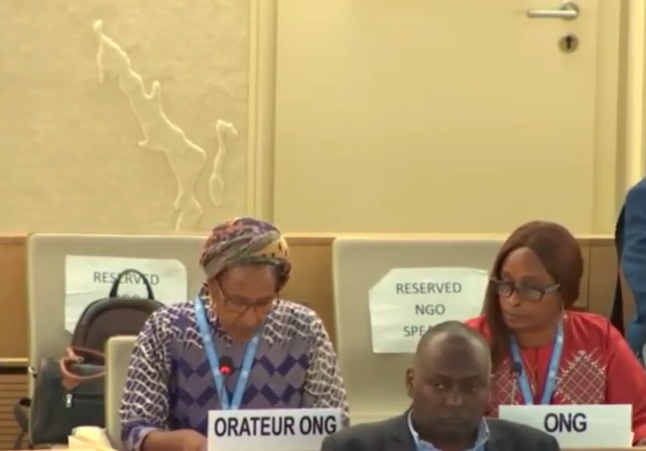 At HRC: Euro-Med Monitor calls on the international community to put an end to Israel’s violation of Palestinian women’s right to life, and to property

Geneva - Human rights violations against Palestinians have been increasing since the beginning of 2018, said the Euro-Mediterranean Human Rights Monitor, stressing that hundreds of cases have been documented where women have been subjected to arbitrary arrests, beatings, killings and threats without posing a threat to Israeli soldiers’ lives.

In a joint oral statement with Solidarité Suisse-Guinée at the UN Human Rights Council’s 39th session on Monday, Euro-Med Monitor highlighted Israel’s recent bulldozing of Khan al-Ahmar village during which the Israeli forces beaten, assaulted and carried out arbitrary arrests against women of the village who have tried to protect their homes from demolition.

Since the beginning of the Great March of Return that is demanding the right of return for Palestinian refugees and the breaking of the 12-year-long Gaza blockade, the Israeli forces used lethal force against women, including paramedics and female journalists, killing 3 and injuring 1,872 others, as a result of sniping or the use of teargas canisters, stated the two organizations in their oral statement.

It is regrettable that the Israeli authorities continue their grave violations of women’s rights with impunity and disregard for the international humanitarian law, said Adigatto Barri speaking on behalf of Euro-Med Monitor and Solidarité Suisse-Guinée.

Both organizations concluded their statement by calling on the international community to ensure Israel's respect for international humanitarian law by all means, especially with regards to the status of women.

The two organizations also called on the Council and its member states to sanction Israel if it fails to comply by its obligations under the conventions and treaties it signed. Euro-Med Monitor and Solidarité Suisse-Guinée stressed the importance of the Human Rights Council’s role in ending the 70-year-long occupation of Palestine.