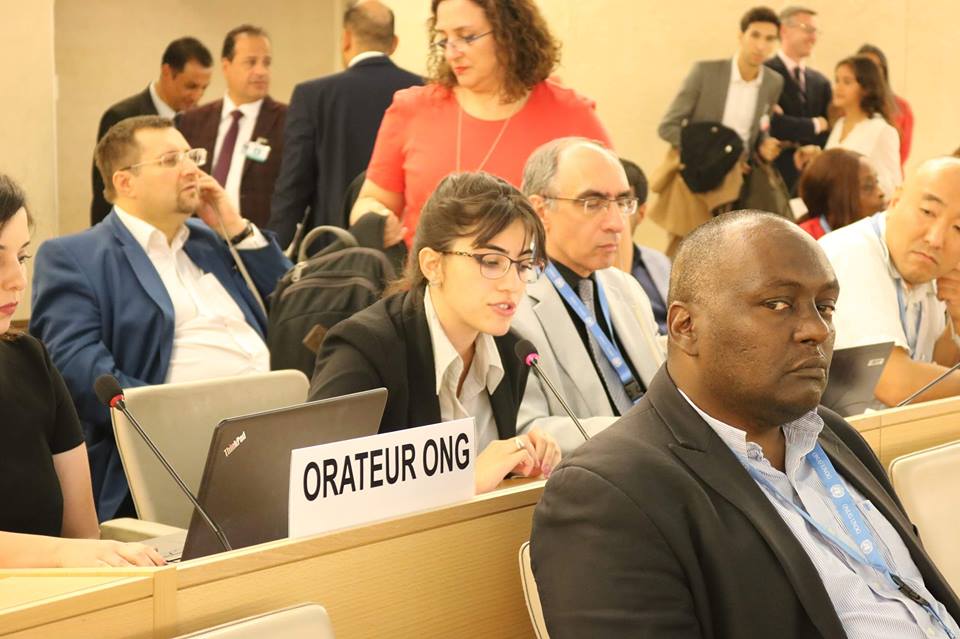 Geneva - Concrete steps should be taken by the international community to hold accountable those responsible for child abuse in the occupied Palestinian territories, said the Euro-Mediterranean Human Rights Monitor in an oral statement before the UN Human Rights Council. The statement urges the support of the International Criminal Court's track record of crimes committed in the Palestinian territories, and exerting pressure on Israel to end its long-term occupation of the territories.

The Israeli authorities are committing grave violations against the civilian population in the occupied Palestinian territories; and children are the most vulnerable and affected by these practices, said Ghada Al Rayyan, Euro-Med Monitor’s researcher, while speaking on behalf of the organization at the Council’s 39th session.

In the past decade, the Israeli forces have not only failed to spare children the violence and the devastating impact of the conflict but have often targeted them and violated their right to life, liberty and education, Al Rayyan added in a joint oral statement with Zero Poor in Africa.

The Israeli forces carry out daily arrests against children, accompanied by intimidating acts such as night raids, destruction of property and beatings, as well as months of administrative detention without clear charges, Al Rayyan noted.

Speaking on the situation of Palestinian children in Gaza, Al Rayyan said that the Israeli forces positioned at the Israel-Gaza fence used live fire and teargas against hundreds of children taking part in protests to demand their right of return and the breaking of the siege imposed on Gaza for 12 consecutive years. Since March 30, The Israeli Military killed 32 children and injured 3,840 others.

Concluding the statement, Al Rayyan expressed her organization's appreciation for the steps taken by the UN Human Rights Council to closely monitor the situation in the occupied Palestinian territories, particularly with regards to the recent establishment of a commission of inquiry, but stressed that this will have no real impact without the Member States taking concrete steps to pressure the Israeli authorities into stopping their violations in Palestine, especially against children.

Al Rayyan also noted that the most needed steps now are to support the taking of these cases to the ICC so that there is an end to Israel’s impunity.