The Euro-Med:" The Israeli assassinations are illegal and Israel must be held accountable on an international level" 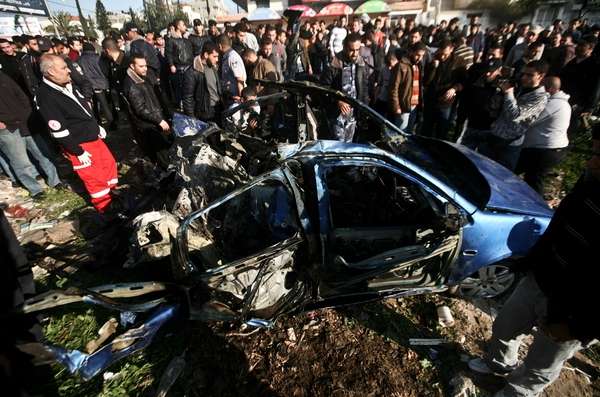 The Euro-Mediterranean Human Rights Monitor, based in Geneva, declared in an official statement, March 10, a day after the Israeli army recognition of its responsibility for the assassination of the Palestinian activists, Zuhair Qaisi and Mahmoud Hanani, that Israel established its policy of murder without trial, which was escalated since the beginning of the current millennium. With this policy, Israel assassinated dozens Palestinian activists and citizens.

“The assassination that took place on Friday evening by Israeli war aircrafts targeting civilians was a case of many in which the targeted persons where not in a case of military confrontation with the Israeli forces, but were tracked through the exercise of their daily life, with no engagement in an armed clash” the Euro-Med Monitor stated.

The Euro-Med statement also mentioned that the assassination is illegal, and it is considered as a clear violation of the human right to live and have a fair trial as stipulated in the Universal Declaration of Human Rights, the International Covenant on Civil and Political Rights, and the Fourth Geneva Convention for the protection of civilians.

The Euro-Med Monitor stressed that the international charters and conventions, consider the assassination of civilians as a "grave breaches of human rights, which shall remain prohibited at all times and circumstances”  warning that " it should not be invoked at exceptional circumstances, or war, or any other emergency situation as a justification for the implementation of such executions. "

The Euro-Med Monitor, in this occasion, holds the Israeli government responsible for the violation of human rights, through the continued claims of "security reasons” and called the Israeli Authorities to deal with institutions for violent acts against them to bring suspects to a fair trial according to the evidence available against them.