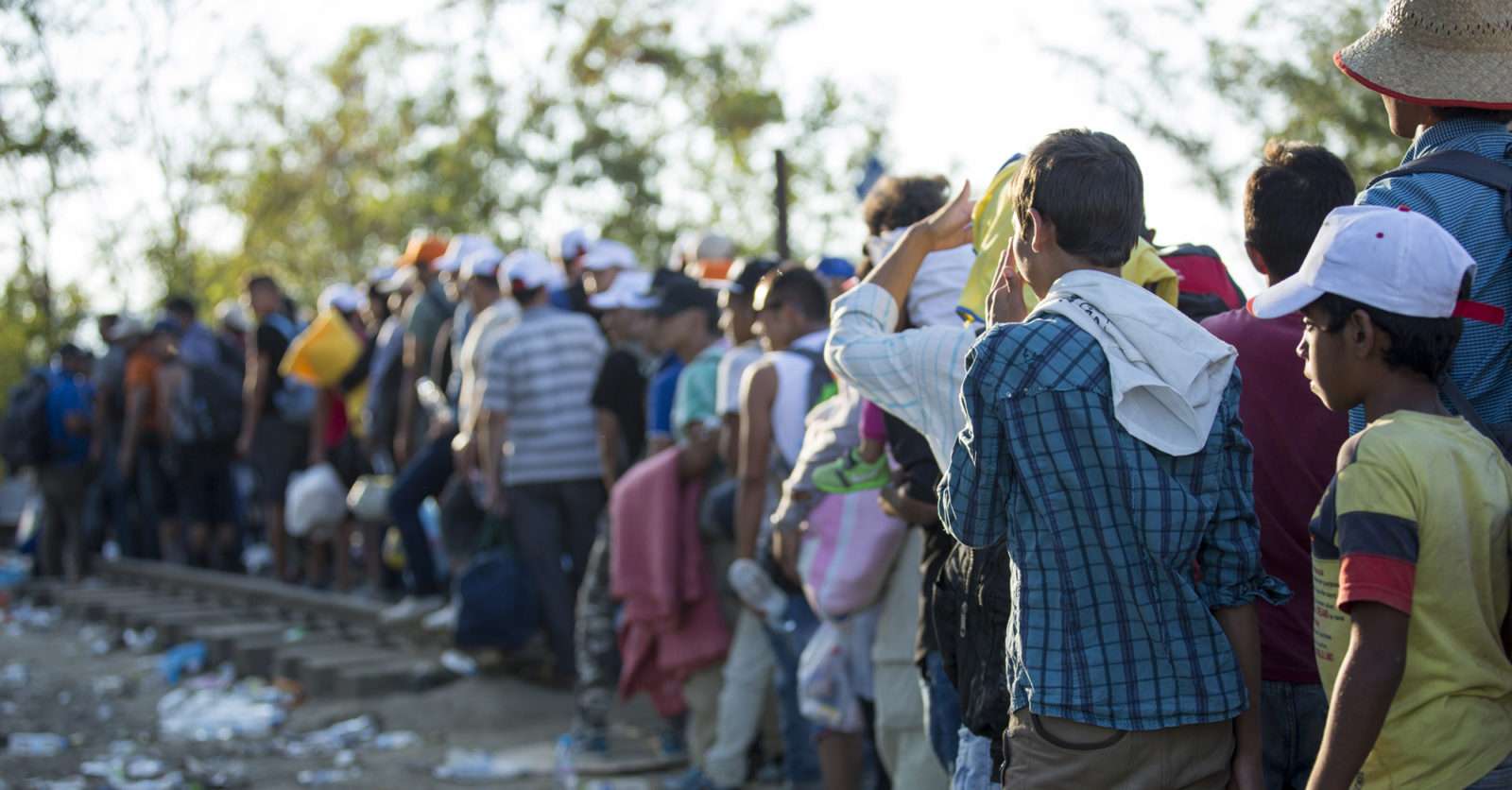 Geneva – European countries have been taking illegal measures over the past months against asylum seekers and migrants arriving in Europe through the Mediterranean, says the Euro-Mediterranean Human Rights Monitor.

EU countries’ refusal to receive asylum seekers facing tragic circumstances constitutes a stark violation of human rights values and contradicts the principles of States’ collective responsibility and the recommendations of the New York Declaration on Refugees and Migrants, the Geneva-based Euro-Med Monitor added.

Tens of thousands of migrants and asylum seekers in Libya, including persons who were denied entry to the EU, have been subjected to torture, cruel treatment and sexual violence as well as rape.

Many of the migrants cannot return to their countries of origin because of wars and internal conflicts. This raises the question about the extent to which European countries are standing up to their moral responsibilities.

By turning down asylum requests, EU countries violate the principles of non-refoulement and no longer adhere to Article 33 of the United Nations Convention on Refugees as well as Article 3 of the International Convention against Torture.

The Aquarius ship, at the end of September, was on a humanitarian mission in the Mediterranean Sea to rescue 58 migrants, most of whom were Libyans. The rescued migrants remained onboard for an entire week awaiting European approval to host them.

For an entire week, European countries debated who should take responsibility until it was eventually agreed that these migrants will be distributed among four European countries, exclaimed Sarah Pritchett, Euro-Med Monitor’s spokeswoman, stating that this incident only reflects the shameful image of European values.

Pritchett also noted that this is not the only incident to happen recently, especially that similar incidents have taken place over the last three months.

Italy has closed its ports to ships and boats carrying migrants, said the Italian Interior Minister Matteo Salveni. Malta has refused for years to receive any migrant except for urgent medical cases.

The country has also called on the European Union to find other ports to receive migrants and asylum seekers across the Mediterranean. Significantly, since the EU-Turkey Deal in 2016, the way to Greece has become impossible for migrants to cross.

The Danish government confirmed that it will not receive any new refugees through the quota system of the UNHCR, considering that its priority in the coming period is to focus on integrating refugees received over the past years. Last year, only 35,000 people applied for residency in Denmark, which is the lowest recorded number in Denmark since 2008.

It is clear that the problem is not in the numbers, said Pritchett. While Denmark has managed, through its tough policy towards new asylum seekers to reduce the number of refugees before the beginning of the crisis, the country still refuses to open its doors for refugees. Meanwhile, states in conflict zones receive millions of refugees.

This policy is a clear violation of the principles of collective responsibility that States called for in the New York Declaration of 2016, which is supposed to produce a new Convention this year, added Pritchett.

The gathering of thousands of refugees in the Greek camps without securing the most basic services that ensure a life of dignity is contrary to the legal duties of the country.

Moria refugee camp on the Greek island of Lesbos is home to more than 7,000 refugees, most of whom fled the Syrian conflict. The camp was built to accommodate only one third of its current residents.

It is worth noting that 25% of the camp’s current population are children, while hundreds of others are living in tents outside the camp. According to Médecins Sans Frontières, there is only one single toilet for every 70 persons.

Thousands of refugees are gathered in Greece, most of whom came from war-torn countries in the Middle East. In their attempts to reach central and Western Europe, they were forced to stay in Greece after the Balkan countries closed their borders. Because of the slow asylum processing, they have been forced to live in these tents for years without a future, stated Pritchett.

We have to stand in line for two or three hours awaiting breakfast or lunch, said one of the refugees in the camp. Because of overcrowding and traumatic conditions, added the refugee, violence among residents continues on a daily basis. Sometimes, we see attempts to commit suicide. Women are living in difficult conditions in the absence of clean or warm water for bathing.

The youth-led organization also calls on European countries to review asylum applications with utmost speed, and to provide basic services for asylum seekers during their waiting periods.

Euro-Med Monitor also calls on Europe and the Mediterranean states to respect the rights of refugees on their territory, stressing the need for European countries to assume collective responsibility towards refugees.