Press Release: On migrants stranded for 10 days on a merchant ship in the Mediterranean 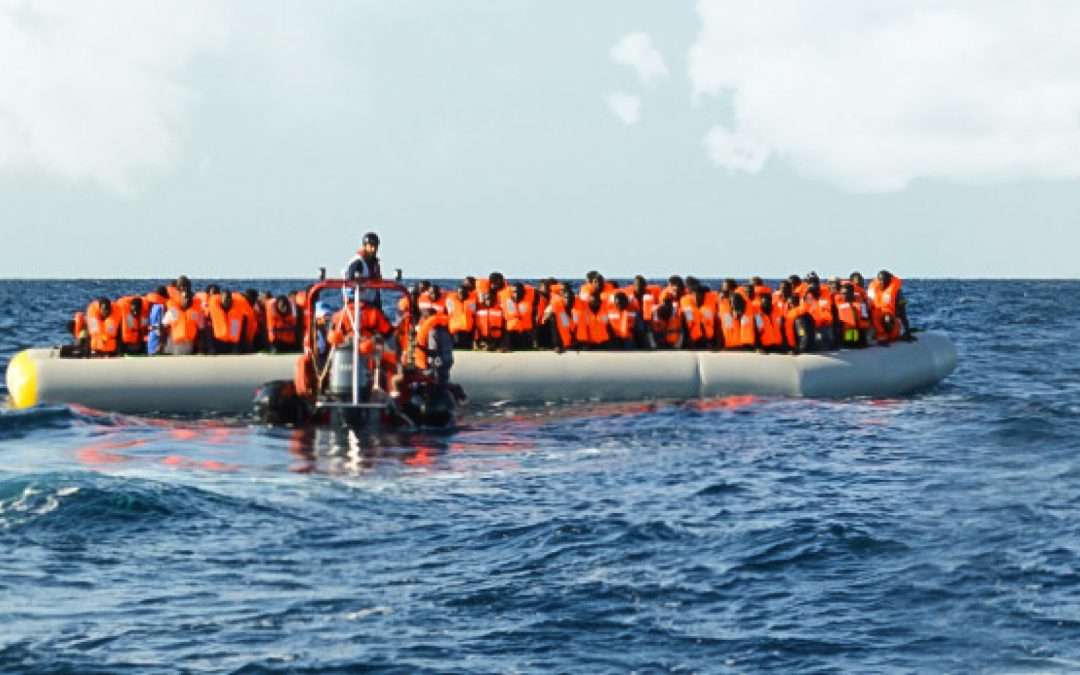 The Euro-Mediterranean Human Rights Monitor has expressed concern for the lives of 81 migrants stranded in a Panamanian merchant ship for ten days now that is carrying a shipment of cars to the Libyan port of Misrata, about 200 km east of Tripoli.

As these migrants are stranded in the sea, European countries refuse to receive any of them.

The migrants were onboard of a wrecked boat on their way to Italy but were rescued by the Libyan coast guards on 7 November while drowning, 62 nautical miles north of Misrata, said Musa al-Qneidi, Euro-Med Monitor’s Libya representative.

Some 95 migrants have insisted on staying in the commercial ship headed for Misrata since 9 November, claiming that they want to reach Europe and not return to Libya, fearing torture or detention under inhuman conditions in Libya.

A Libyan committee in charge of negotiations with migrants managed to take out 14 migrants off the ship last Wednesday, said al-Qneidi.

These are Sudanese, Bangladeshi, Eritrean and Bengali nationals, including a woman and a child. The rest of the migrants (81 migrants) are calling to be transferred to Europe, while some of them consented to voluntary repatriation to their homeland or to a third country. However, these have complained of delays in voluntary repatriation flights sponsored by the United Nations.

The negotiations are ongoing with three migrants likely to be from southern Sudan, Tawfiq Amhamed, a Libyan coast guard official, told Euro-Med’s Libya team. He added: “We believe that these are leading the rest of migrants, in order to get all migrants out in a peaceful and voluntary manner.”

The same official said that the migrants are suffering from “bad psychological conditions” while living in the basement of the ship, stressing the Libyan authorities’ rejection to the use of force.

In cooperation with the International Organization for Migration, the Libyan authorities managed to provide some medical and relief assistance to those onboard.

The current dilemma is part of the ‘refugee crisis’ prompting European countries to close their borders in the face of migrants and asylum seekers across the sea and is also partly motivated by the controversial security agreements signed with the coastal countries from which they sail across the sea, said al-Qneidi.

Euro-Med Monitor’s representative also stressed the need for exerting all efforts to deal with migrants and refugees in the world, particularly in the Middle East, in line with the United Nations General Assembly's New York Declaration on Refugees and Migrants (2016), where member states agreed to share the burden and responsibility associated with hosting and supporting refugees in the world.”

All concerned states must work to end the current crisis quickly, including by assigning a medical team specific to migrants, especially in light of the reports about burnings among migrants, al-Qneidi further added, expressing hope that all concerned states can reach a solution to accommodate migrants without violating their rights and without the use of force to break into the ship.