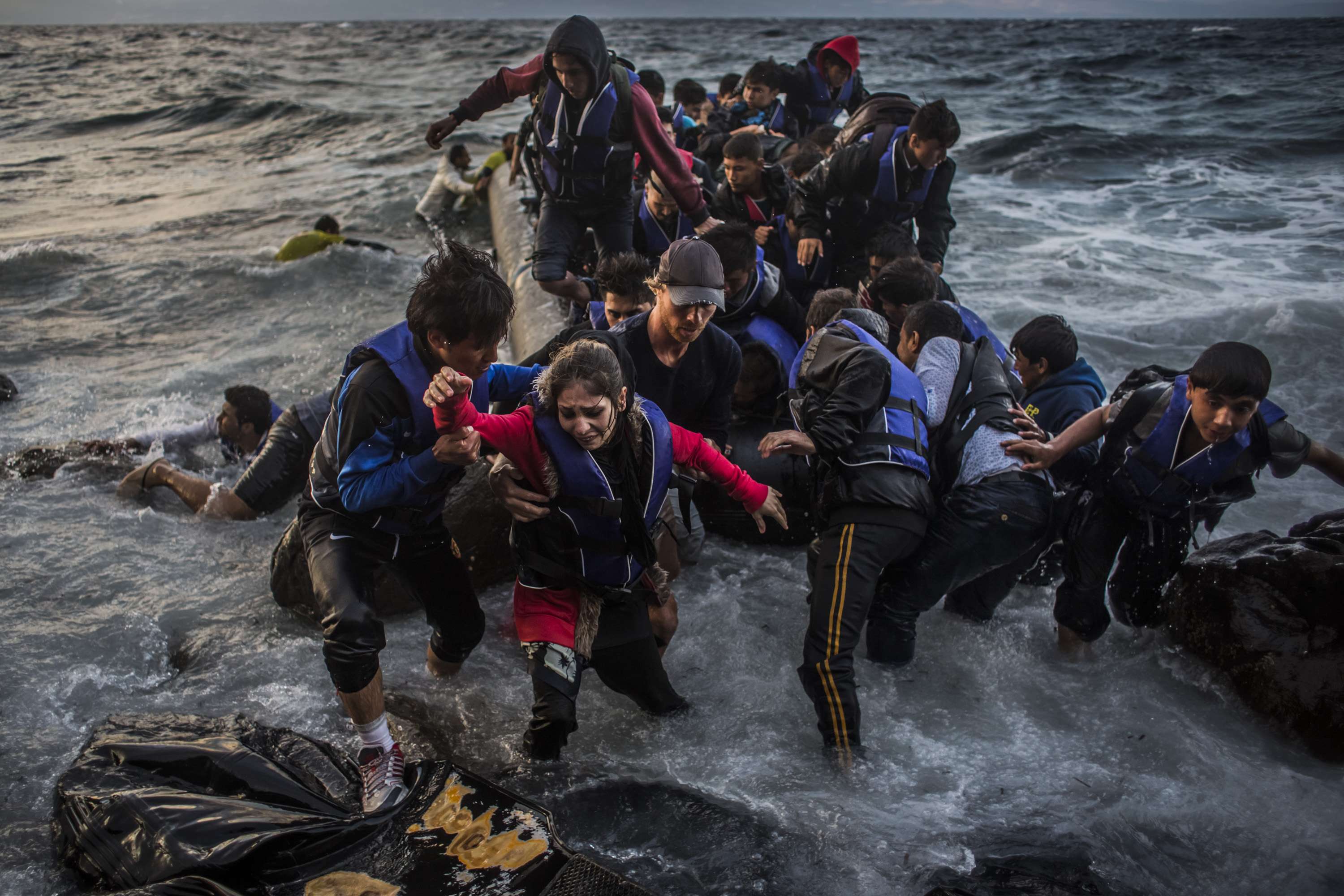 Geneva- The number of migrants and asylum seekers has once again dropped in 2018 given the series of deals signed between the European Union and the countries migrants take as a transit point on their way to Europe, says the Euro-Mediterranean Human Rights Monitor.

The total number of arrivals in 2018 stood at 116,295. Of these, 2,262 migrants drowned in the Mediterranean Sea, an equivalent of 1.9% of this year’s further reduced number of arrivals, added the human rights group.

The European Union has managed to reduce the number of arrivals to Europe by 34% this year, compared to last year, a decrease by 56,000 in 2017, and 246,000 in 2016. This ‘success’ is the result of an inhumane effort by the Union to deter migrants from arriving in Europe’s shores.

Official rescue operations have been reduced to the minimum and were transferred to become the responsibility of the Libyan Coast Guard, which suffers a great shortage of technical equipment, and also takes migrants and asylum seekers into Libya, thus prompting further violations.

“The European Union’s violations are not limited to the deals made with countries that migrants arrive from nor to its failure to conduct rescue operations, but also include cases where the EU has criminalized rescue operations carried out by trade and military vessels, non-governmental organizations or by foreign naval forces,” said Sarah Pritchett, Euro-Med’s spokeswoman.

“Previously, such rescue operations accounted for over 40% of the overall rescue operations at sea,” added Pritchett, stating that, the EU has demonstrated a moral crisis, thinking only about preventing migrants from arriving in its shores even if it means losing their lives.

Taking these measures, the European Union has not reduced the number of people willing to seek asylum in Europe, given that the reasons for their migration continue to date. These measures only led them to seek other ways to reach Europe, such as the route through Spain, by land through Turkey or through Morocco.

The numbers of arrivals at major European ports by sea over the past three years are provided by the UN High Commissioner for Refugees (UNHCR). A comparison between the figures from 2016 to 2018 is demonstrated in the figure below.

The comparison shows that the number of refugees arriving in Greece in the past two years has been significantly reduced compared to 2016. In Italy, the number of arrivals dropped only last year, following an agreement with the Libyan Coast Guard to carry out rescue operations.

Meanwhile, the number of arrivals to Spain this year has nearly doubled compared to the previous year. Also, migration from the coast of Lebanon to the shores of Cyprus has increased, and most of the operations were carried out by fishing boats, thus endangering the lives of migrants.

Regarding land routes, the figures by the International Organization for Migration (IOM) showed an increase of 78% in land traffic this year, with 25,665 people arriving in Europe by land, compared to 14,406 in 2017. The number of deaths among migrants and refugees by land was 108 in 2018, and 96 in 2017, the majority of whom were victims of road accidents due to the overcrowding of refugees in transport trucks or because of drowning in rivers and water channels during their journey from Eastern to Western Europe.
“The EU has indeed succeeded at violating the 1951 Convention on the Status of Refugees,” said Pritchett. Europe prevented refugees fleeing the scourge of wars in the Middle East and Africa from reaching its territory.

Italy violated the provisions of the Convention by returning 108 migrants from its territorial waters to Libya by an Italian ship, in violation of Article 33 of the Refugee Convention, which states that “No Contracting State shall expel or return (“refouler”) a refugee in any manner whatsoever to the frontiers of territories where his life or freedom would be threatened on account of his race, religion, nationality, membership of a particular social group or political opinion..”

Ships’ captains are also responsible for protecting and rescuing migrants and refugees drowning at sea, as stipulated in the International Convention for the Safety of Life at Sea (SOLAS), Article 5 of which stressed the duty of seafarers to rescue those in danger at sea.

The Italian and other European authorities have obstructed the work of  Aquarius, the last rescue ship by Médecins Sans Frontières (MSF), where all other rescue vessels in the ports of Italy and Malta had been banned and bound by complicated legal procedures or detained.

The organization was unable to take survivors ashore because of the large financial losses incurred by the delay to allow them to take down migrants and refugees they had rescued.

The Maltese authorities have detained two rescue vessels belonging to German non-profit organizations Lifeline and Sea Watch, preventing them from leaving the port of Valletta Island. In addition, the Italian authorities conducted an investigation with 20 employees working for Save the Children, Médecins Sans Frontières and the German NGO Jugend Rettet.

The European Parliament's recent positive response to the demand made by Euro-Med Monitor and other human rights organizations over the past years concerning the issuance of European humanitarian visas is a positive step that would allow asylum seekers have access to Europe by applying for international protection. However, this step should be activated soon enough to allow migrants and refugees access this type of protection.

The position of Algeria and Tunisia, refusing to accept any European pressure to establish platforms for illegal migrants on their land, is fully appreciated, since Europe is known for using such platforms to evade its responsibilities towards migrants and asylum seekers in Africa, added Abu Hamad.

In a related context, Abu Hamad urged Algeria to stop the expulsion of African migrants to Niger and Mali, and to allow them as well as Palestinians, Syrians and Yemenis, to seek asylum, calling on the country to respect the international conventions relating to refugees.

The Euro-Mediterranean Human Rights Monitor calls on the international community to ensure the immediate resumption of rescue efforts in the Mediterranean and to pressure the EU to stop its policy of concluding agreements and deals that disregard humanitarian considerations.

The Euro-Med Monitor also calls on the European parties to stop using the ‘refugee crisis’ as a political tool to win local elections, resulting in much hatred and racism against refugees in various European countries.