Execution of 9 Egyptians after confessions extracted under torture, a crime against humanity 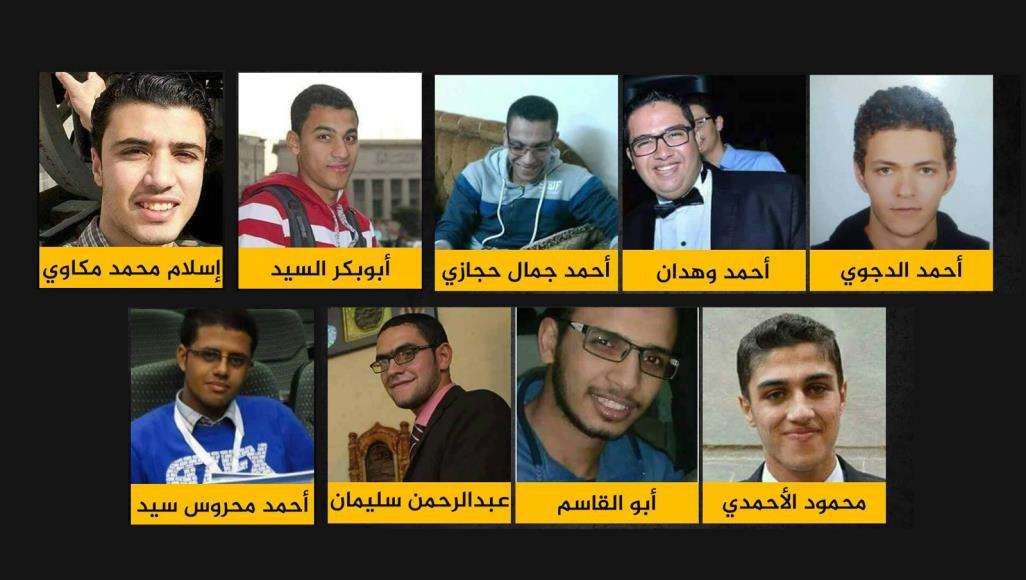 Geneva - The Egyptian authorities' execution of nine Egyptian youths on charges they were forced to confess under torture is appalling, says the Euro-Mediterranean Human Rights Monitor, describing the incident as a ‘crime against humanity’.

The Egyptian authorities have carried out the sentence on Wednesday morning, February 20, hanging to death the nine youths on charges of assassination of Egyptian prosecutor general Hisham Barakat on June 29, 2015.

Testimonies and video footage of the nine youths' trials before approving their death sentences strongly suggest that their confessions were extracted after interrogation under inhumane conditions, and that they were subjected to torture, electrocution, severe beatings, and deprivation of sleep, food and medical treatment.

This act by the Egyptian judicial authorities attests to the collapse of the judicial and human rights system in Egypt, states Euro-Med Monitor, adding that the judiciary in Egypt has become a means to effectively eliminate political opponents and to silence dissent against President Abdel Fattah al-Sisi.

The death sentence was issued on the basis of confessions extracted under torture and was included as a key to the verdict, which clearly indicates politicization and systematic use of crimes against humanity as part of a continuing pattern of abuses by the country's ruling system.

The execution of these 9 Egyptian citizens is a crime in a series of serious human rights violations committed by the Egyptian authorities against their opponents, said Sarah Pritchett, Euro-Med’s spokeswoman. The Egyptian authorities, headed by Sisi, are using the judiciary to settle their accounts with any opposition party, added Pritchett. This is a clear violation of international humanitarian law, which explicitly provides for the right of a person to a fair trial.

“Torture in Egyptian prisons and detention centers has become systematic against all those who oppose government policies in Egypt, and this is not the first time that the Egyptian authorities commit such a crime against their citizens, previously executing 15 others on December 6”.

There is a clear lack of integrity in the legal proceedings for the case, and also an absence of the guarantees of a fair trial, which is the basis for an independent and impartial court considering the case.

The implementation of these executions, despite human rights and international calls to stop them is a stain in the history of the Egyptian judiciary, and a blow to every sense of humanity and justice, said Pritchett.

The international community needs to intervene to put pressure on the authorities in Egypt to immediately stop any subsequent executions and review the similar provisions issued by the judicial authorities against Egyptian citizens and to neutralize the judiciary in Egypt against political exploitation in favor of the ruling authorities.

The Euro-Mediterranean Human Rights Monitor calls on the Egyptian security services to stop the practices of torture and crimes of enforced disappearance against dissidents, stressing the fact that the Egyptian authorities’ acts constitute a serious violation of international humanitarian law.