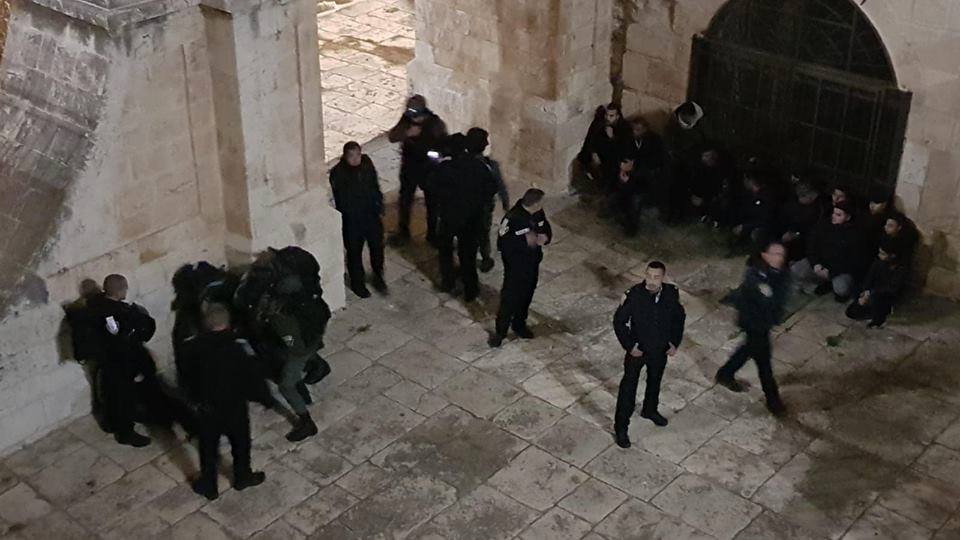 Geneva - The Euro-Mediterranean Human Rights Monitor on Wednesday called on United Nations institutions and relevant European Union institutions to take urgent and immediate action to exert pressure on the Israeli occupation authorities to stop their escalating violations against Palestinians in Jerusalem.

The storming of al-Aqsa Mosque Compound by the Israeli police on Tuesday morning was documented as they used excessive violence against worshipers in the area of ​​Bab al-Rahma (the Golden Gate), injuring 20 of them and arresting about 15 others.

Enez Zayed, Euro-Med Monitor’s Chairwoman, stressed that the practices of the Israeli occupation authorities against worshipers at al-Aqsa Mosque and preventing them from performing their religious rites are a clear violation of international human rights law, particularly the right to freedom of religion and belief.

Zayed called on all human rights organizations across the globe to act in their respective countries and urge their leaders to pressure the Israeli occupation authorities to respect their international obligations, including the protection of religious places, sites, shrines and symbols in Jerusalem.

Euro-Med Monitor calls on the Israeli authorities to immediately release all prisoners detained without legal or judicial warrants, and to stop the policy of arbitrary detention and deportation from religious places, which the occupation authorities systematically exercise against the Palestinians in Jerusalem.