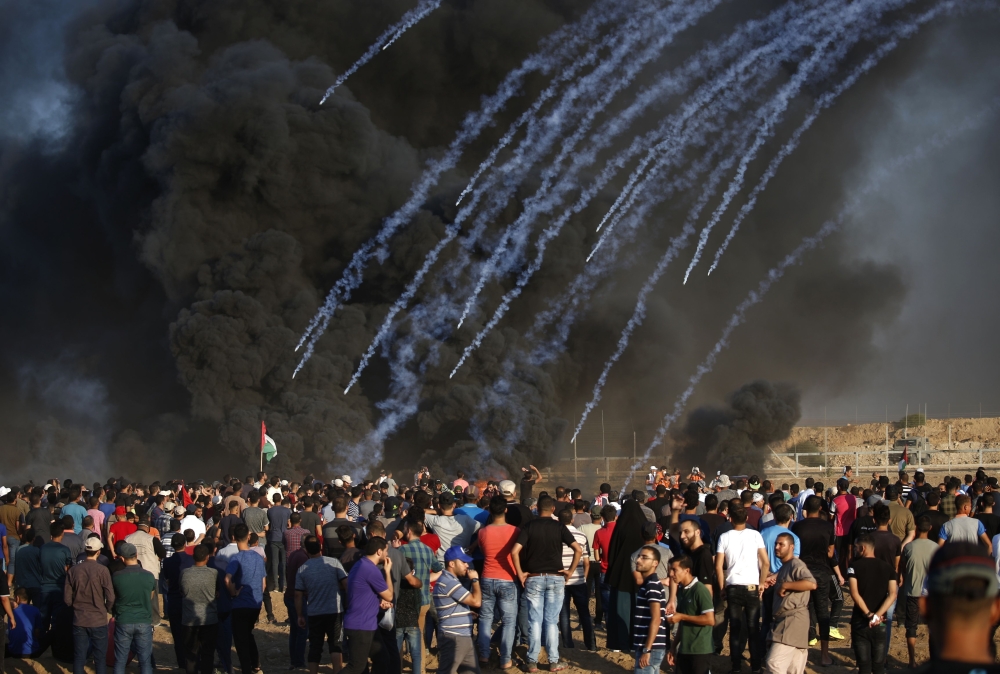 Geneva - The Euro-Mediterranean Human Rights Monitor welcomed Thursday the report of the UN committee investigating Israeli violations against Palestinian civilians taking part in peaceful protests on the separation fence between Gaza and Israel over the last months, calling for building on the results of the report to address Israel’s impunity and ensure redress for the victims and their families as required under the Rome Statute.

The Geneva-based international human rights watchdog said in a press release that the report issued by the UN commission of inquiry reveals the Israeli forces’ deliberate use of deadly force to incur heavy casualties on civilians involved in the peaceful protests named the “Great March of Return.”

The report documents the killing of 189 civilians and the wounding of 6,106 others, which may amount to a “war crime”, according to the report by the Committee.

Euro-Med Monitor’s team has met several times with the UN Commission during its work, and provided information and documented incidents of the deliberate use of Israeli forces of live fire against civilians without posing a credible threat to soldiers, causing permanent disabilities.

Dozens of cases of Palestinian civilians whose killing or injury by unjustified Israeli fire was documented and provided to the Commission for investigation as well. Such incidents clearly showed how protesters posed no threat to Israeli forces stationed by the separation fence, and that such disproportionate response by Israeli soldiers constitutes a grave violation of the four Geneva Conventions.

Euro-Med Monitor stressed the need for urgent action to implement the recommendations of the UN committee, foremost of which is to take all measures to refer those involved - including Israeli leaders and soldiers - who have committed crimes against Palestinian civilians to the competent courts, in accordance with the principle of universal jurisdiction.

The international community must take a firm stance to ensure that perpetrators of such horrible crimes do not continue to enjoy impunity and must also pressure Israel to immediately and unconditionally lift the 13-year-old blockade that has suffocated the Strip’s population of two million.