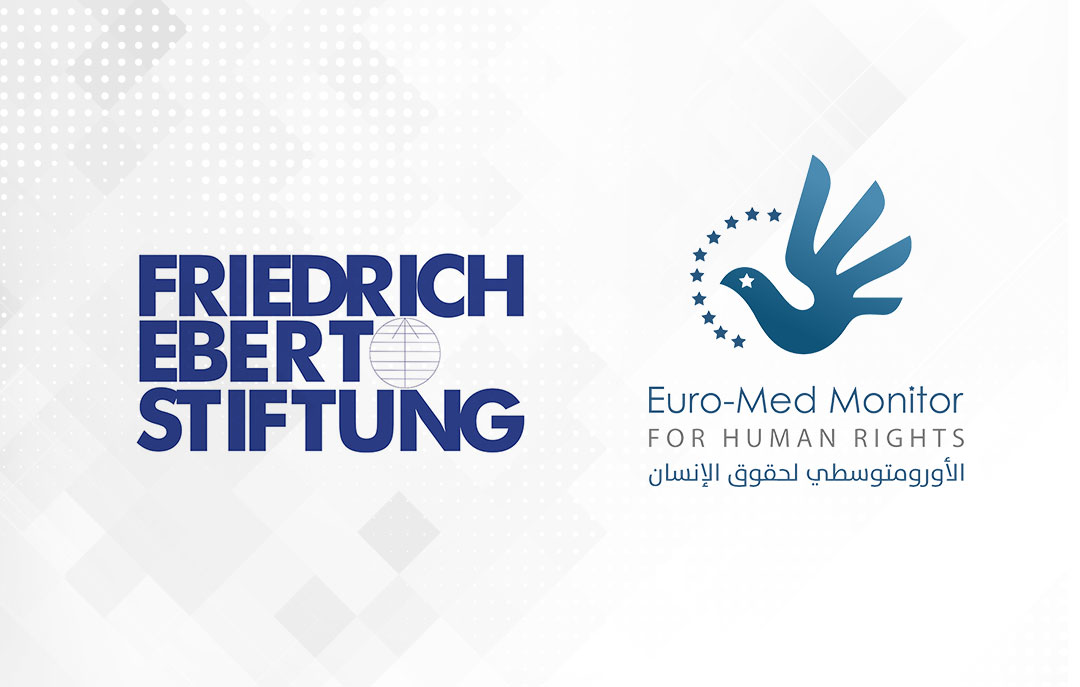 Geneva - The Euro-Mediterranean Human Rights Monitor and the Friedrich Ebert Foundation have signed a partnership and cooperation agreement to implement a joint project on “Integrating human rights standards in journalistic discourse”.

The project, which is being implemented in Jordan, offers training workshops led by experts in the fields of law and journalism. The project is aimed at attracting young female journalists and media activists, providing them with the set of skills needed for such a combination of the two fields.

The joint project seeks to bring to the fore of the Jordanian society human rights-oriented female journalists, as well as to promote a culture of responsible journalism that spreads awareness of human rights concepts, in addition to the rights and obligations of journalists in particular.

The project is set to establish specialized journalism to help publish truthful content that is both terminologically and stylistically accurate, in addition to fostering an environment conducive of proper human rights writing.

Applications for the project will start this March, 2019. The training project meetings will include three workshops. The first will include training in human rights rules and principles, as well as discussing how to integrate human rights standards and international conventions into press releases.

The second workshop will be focused on the proper use of gender-sensitive language when addressing women’s issues as well as the broader rights-specific issues. The third workshop will present the human rights standards covered by international law, behaviors that fall within the scope of violations, as well as the legal terms used to describe the different violations.

The project targets female journalists from different regions of the Hashemite Kingdom of Jordan, particularly those concerned with drafting news and reports, and monitoring violations on the ground.

The importance of the partnership between Friedrich Ebert Foundation and the Euro-Mediterranean Human Rights Monitor is reflected in the joint objectives and strategies of both organizations in advocating for a better human rights situation in the Middle East and North Africa.