Arab Women in the Middle East: The Most Vulnerable of Victims 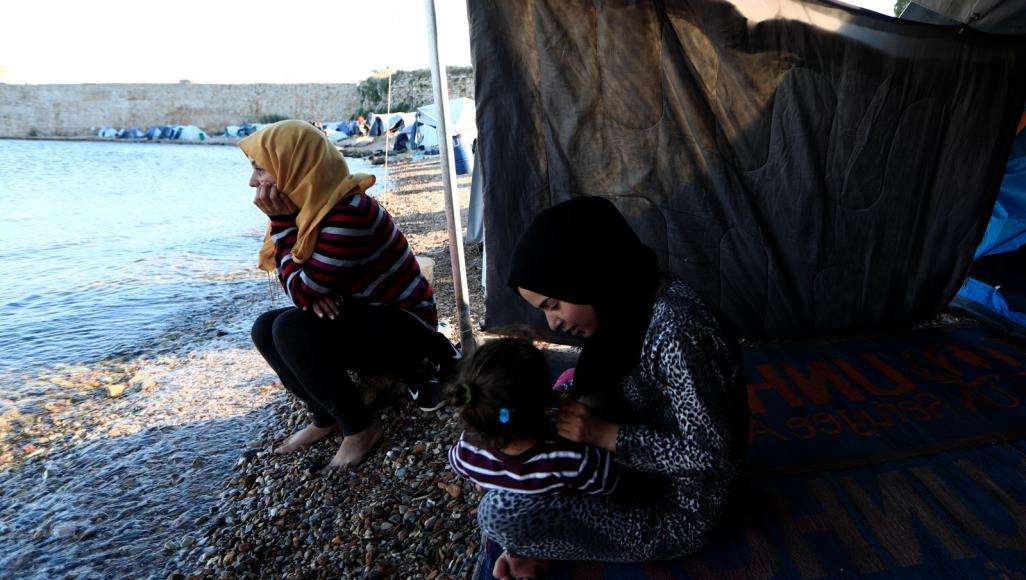 Arab Women in the Middle East: The Most Vulnerable of Victims

As the world celebrates women and respect for their rights with on the UN-proclaimed International Women's Day on 8 March every year, Arab women in many countries across the Middle East are subjected to serious human rights violations that sometimes deprive them even of their right to life.

Women across the Middle East are still considered inferior to men and are discriminated against in many aspects of life, even with regards to their most basic rights. This is most clear in countries experiencing armed conflicts, such as Syria and Yemen, that women have paid a heavy toll in such conflicts, ranging from targeted killings and arrests to enforced disappearances and many other violations.

The following brief report, shows that hundreds of victims, including women, have been killed in air strikes, besieged or tortured in civilian and military prisons.

On the International Women's Day, and as part of its work to monitor and document violations across the Middle East, the Euro-Mediterranean Human Rights Monitor highlights some violations against Arab women in these countries, hoping that this brief report will add to the voices calling on organizations and institutions supporting women to do more to support Arab women in various countries in the Middle East.

Syria
Syria has been locked in an unprecedented state of war since 2011, in which all kinds of weapons have been used, thousands of civilians have been arrested by the various parties to the conflict, with different levels of responsibility.

Even though military action and clashes have declined over the past few months, violations against Syrian women continued throughout 2018. Human rights sources for Euro-Med Monitor confirmed that 1,361 women and girls were killed during the past year, while the total number of female victims in Syria since 2011 until the end of 2018 reached over 27,200.

According to human rights sources, about 91% of the Syrian victims were killed by government forces, while the rest were the result of attacks by Syrian opposition forces as well as extremist opposition groups.

Euro-Med Monitor notes that the lack of legal accountability for these crimes led to the persistence of Syrian war actors in targeting Syrian women, in light of the absence of any serious international legal movement to hold accountable the parties that commit such crimes.

Despite the authorities' promotion of a series of human rights reforms aimed at expanding freedoms in the Kingdom, women are still being harassed in Saudi Arabia. Rights activists have been condemned for vague and broad charges.

In May, the Saudi authorities arrested Lujain Al-Hathloul, Iman al-Nafjan and Aziza al-Yousef, the human rights activists who were passionate about defending women's right to drive and demanding that guardianship of men over women be revoked.

Yemen
Continued fighting between the Houthi group and the Arab-led coalition forces led to a deterioration in the humanitarian situation in Yemen, which the United Nations said was experiencing the worst humanitarian crisis in the world.

Along with the humanitarian crisis, many serious violations have been documented against Yemeni women, both by the Arab Coalition forces and the Houthi group.

As in conflict areas, the most prominent violations of Yemeni women were direct targeting, which resulted in the injury of 1,633 women from several weapons used in the conflict.

Egypt
In 2018, the Arab Republic of Egypt witnessed several human rights violations against Egyptian women. Euro-Med Monitor recently recorded a significant increase in the number of women detainees and politically-motivated arrests. The number of female detainees reached 64, 5 of whom are detained in places that have not yet been identified.

Euro-Med Monitor stressed that violations against women in Egypt are carried out despite the fact that the Egyptian Constitution and domestic legislation provide for many rules and legal articles that prohibit arbitrary detention and provide special protection for women against all forms of violence.

Euro-Med Monitor also stressed that Egyptian women, especially those with political affiliations opposed to the regime, are constantly and intensively subject to abuse. Euro-Med’s team recorded several violations of the basic rights of a number of detainees, in contravention with the existing laws and the binding executive regulations.

Security tensions in Libya have created social and legal problems affecting Libyan women. The year 2018 shows a remarkable rise in the problems related to the marriage of Libyan women to foreigners. Women's freedom of choice is restricted by several legal and social customs. Over the years, marriage of Libyan women to foreigners has been one of the most sensitive and complex issues in Libya in terms of acceptance by both the state and the community. This has reinforced the structure of tribal society that is sensitive to foreign marriage for cultural and social reasons.

Euro-Med Monitor pointed out that unlike in the case of Libyan men marrying non-Libyan women, Libyan women married to foreigners cannot pass down their nationality to their children except in complex cases, with chidren often becoming stateless. In addition, These children born to Libyan women (but not men) do not enjoy health care similar to that enjoyed by children born to a Libyan father. The right of these children to citizenship is fully confiscated and their political rights are not recognized.

Euro-Med Monitor further called for the amendment of the Marriage Law of non-Libyans and Libyans No. 15 of 1984 to guarantee the right of Libyan women to choose their partner in accordance with the international conventions ratified by Libya.

In light of the above, the Euro-Mediterranean Human Rights Monitor confirms that the violations mentioned in this brief report are part of the suffering of Arab women in some Middle Eastern countries and therefore calls on the Libyan authorities to:

-  Abide by their international obligations, in particular human rights standards in all executive, legislative and judicial procedures related to the arbitrary detention of women, or relating to their prosecution or conditions of detention.

-   Cease all practices of political violence and practices against women from arbitrary arrest to enforced disappearance.

- Immediately release women detained for political reasons or related to opinion and expression.

- Work on developing legislation and local laws to ensure that women enjoy all their civil rights, including the right to pass on citizenship to their children, and regarding equality with men in civil rights.

- Spare civilians, including women, the suffering wreaked by military operations in areas of conflict in the Middle East, urging all parties to abide by international humanitarian law.

In conclusion, the Euro-Mediterranean Human Rights Monitor calls on the international community, especially the commissions and special rapporteurs on crimes committed in the Middle East, including the Working Group on Arbitrary Detention, the Special Rapporteur on torture, the Committee against Torture, and the Special Rapporteur on the rights of women, to monitor the situation in the Arab countries mentioned in this report, to document violations, and to pressure governments in those countries to end their violations of women's rights immediately and to bring to justice those responsible for crimes and abuses.