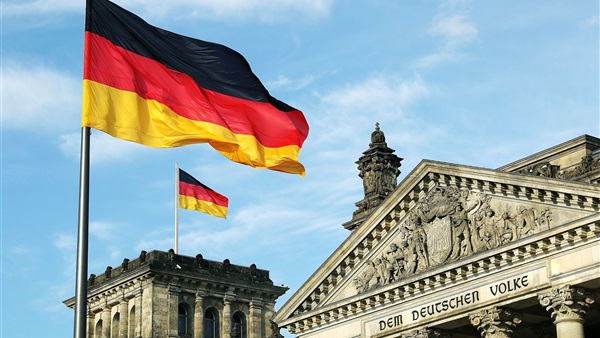 Geneva - We are following with deep concern the German authorities' holding of three BDS activists to trial because of a lawsuit made by the German-Israeli Friendship Society and Humboldt University of Berlin, said the Euro-Mediterranean Human Rights Monitor.

The Boycott, Divestment, and Sanctions, known as (BDS), is “a Palestinian-led movement for freedom, justice and equality” for the Palestinian people within the Palestinian territories, Israel, and elsewhere in the diaspora.

The trial of the three activists is an infringement on the activists' right to freedom of expression and peaceful protest, added the Geneva-based Euro-Med Monitor, calling on the German authorities to ensure fair trial guarantees for the three activists while maintaining a neutral stance on issues related to Israel.

In an interview conducted by Euro-Med Monitor’s team with Palestinian activist Majed Abu Salama, he said that he and his Jewish colleagues Ronnie Barkan and Stavit Sinai are prosecuted for interrupting 2017 event held at Humboldt University in Germany, where Aliza Lavie, a member of Israel’s Knesset and the head for the committee against the BDS movement, attempted through the event to “pinkwash”Israel and portray the Apartheid stateas a safe place for the LGBTQ community.

Abu Salama explained that he and his fellow activists refused to talk about the charges against them and about the BDS movement during the trial session held on March 4, stating that they were subjected to a smear campaign and were accused of anti-Semitism.

“We are only concerned with exposing the ongoing Israeli practices against Palestinians,” said Salama,“especially about Israel’s military attack on Gaza in 2014, and the disproportionate use of deadly force against participants in the Great  Return March on the Gaza/Israel separation fence, as well as the Israeli Apartheid fragmenting the Palestinian population.”

The Palestinian activist pointed to Europe’s rising right-wing support for Israel and their continuous attempts to silence criticism of the self-declared Jewish nation state, considering that as a clear violation of their political rights, in addition to their right to freedom of expression, including of boycotting any entity, authority, state or colonial institution.

On the other hand, Richard Falk, Euro-Med Monitor’s Board of Trustees’ Chairman, called for support and solidarity with the three activists, stressing that Germany must be back on track in the fight against injustice.

“I believe that for Germany to get re-empowered as a moral force in the post-Holocaust world, it is necessary to end a policy of see no evil, hear no evil when it comes to Israel and understand that the real message of the Holocaust was to end abusive injustice of one people to another,” Falk added.

“To reproduce the crimes of the past is to be entrapped in the criminality of the past; to fight injustice is to be re-empowered, said the former UN Special Rapporteur on Human Rights for the Palestinian territories.

“Criminalization of activists is a common practice in Germany, which shows that its democratic and humanitarian agenda is nothing but a facade,” said Jewish Stavit Sinai in an interview with Euro-Med Monitor’s team.

The court case against us only comes to show how easily the German state is pressured by Zionist elements who seek to curb any discussion on Israeli crimes against humanity, and how little respect the German authorities have for basic rights as freedom of expression and of political organizing, said Ronnie Barkan.

“I am used to being blocked, suppressed and arrested for Speaking Up Against Israeli crimes, and every such an attempt only makes our BDS work more important and effective than before,” added Barkan.

Whether we agree with the BDS movement or not, one cannot deny that its activities as a peaceful campaign are legal, said Sarah Pritchett, Euro-Med Monitor's spokeswoman.

Israel cannot claim to always be right, it can very well be wrong, and this time, it is. Justice must take its course in these cases and victims must be allowed to speak in every forum against the abuses they have suffered, added Pritchett.

The Euro-Mediterranean Human Rights Monitor calls on the German authorities to remain a safe haven for human rights activists from all walks of life and to stop violating the rights of human rights defenders. Instead of pursuing peaceful activists, Germany should focus on accountability of the real perpetrators of crimes against unarmed civilians in the Palestinian territories and other areas of conflict around the globe.