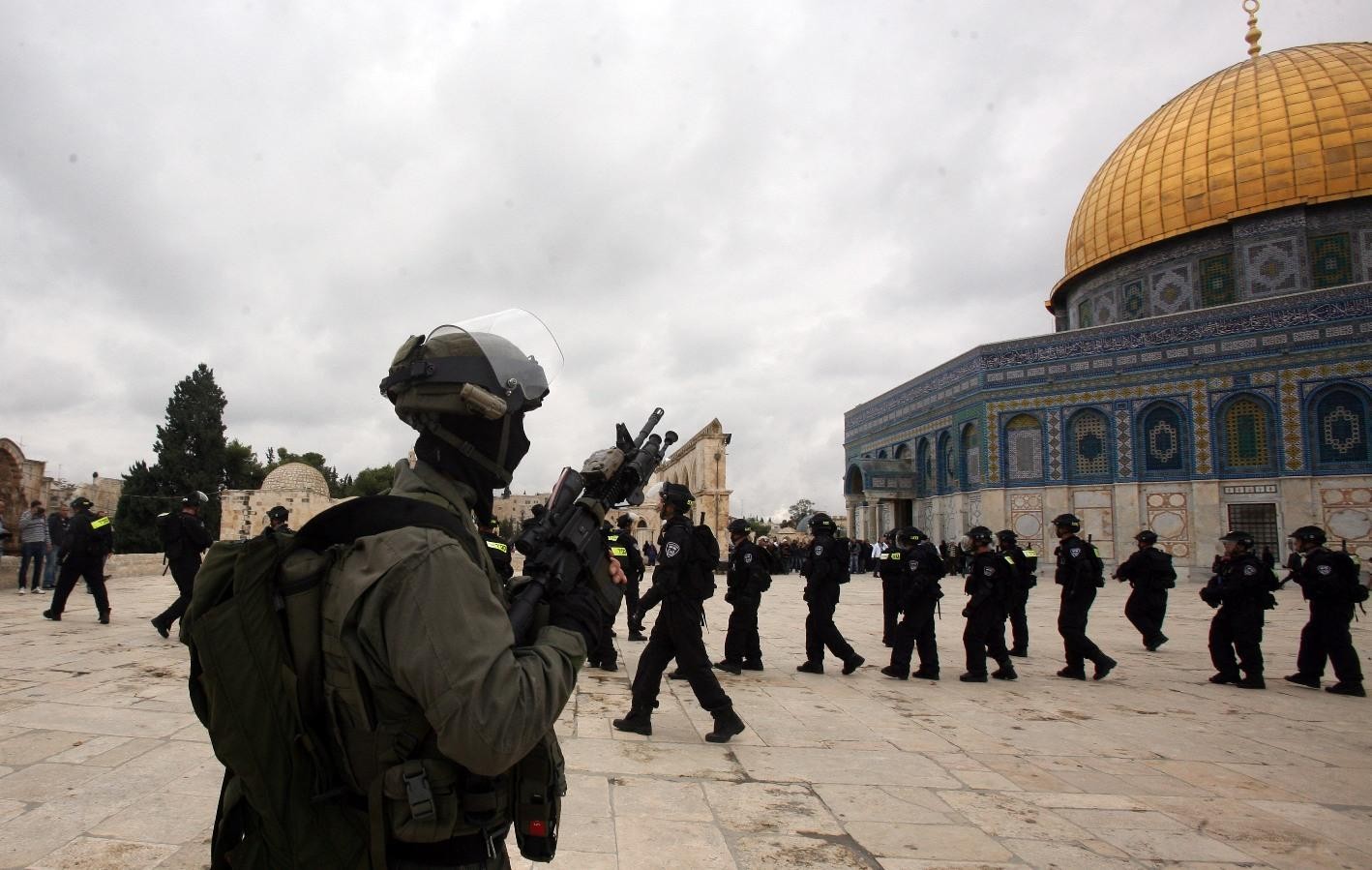 Geneva - The Euro-Mediterranean Human Rights Monitor sent a letter to the UN Special Rapporteur on freedom of religion or belief and the European Union's Special Envoy for the promotion of freedom of religion or belief condemning the Israeli authorities’ closing of Al-Aqsa Mosque to Muslim worshipers, preventing them from praying in the religious site, and attacking worshipers and guards with clubs and sound bombs.

In the letter, Euro-Med Monitor called for an urgent action to protect and safeguard the rights of Muslims in Jerusalem and to guarantee their right to perform their religious rites without restrictions or harassment.

The urgent letter to the UN’s Special Rapporteur and the EU’s Special Envoy came to support the fundamental right to enjoy freedom of religion and belief enshrined in international human rights law.

The letter is sent also to urge the Special Rapporteur and the Special Envoy to do their best to ensure the protection of holy sites in Jerusalem.

Euro-Med Monitor pointed out that the closure of the Al-Aqsa Mosque to Muslims is a clear violation of Article 18 of the International Covenant on Civil and Political Rights, which states that everyone shall have the right to freedom of thought, conscience and religion.

The Israeli authorities closed Al-Aqsa Mosque before Palestinians on Tuesday, March 12th, 2019 and prevented worshipers from performing their prayers inside, before deciding to reopen it this morning.

Euro-Med Monitor published a monthly report detailing the violations committed by the Israeli authorities against Palestinian rights in East Jerusalem, including killings, arrests, closures, demolitions and deportations from Jerusalem or Al-Aqsa Mosque. 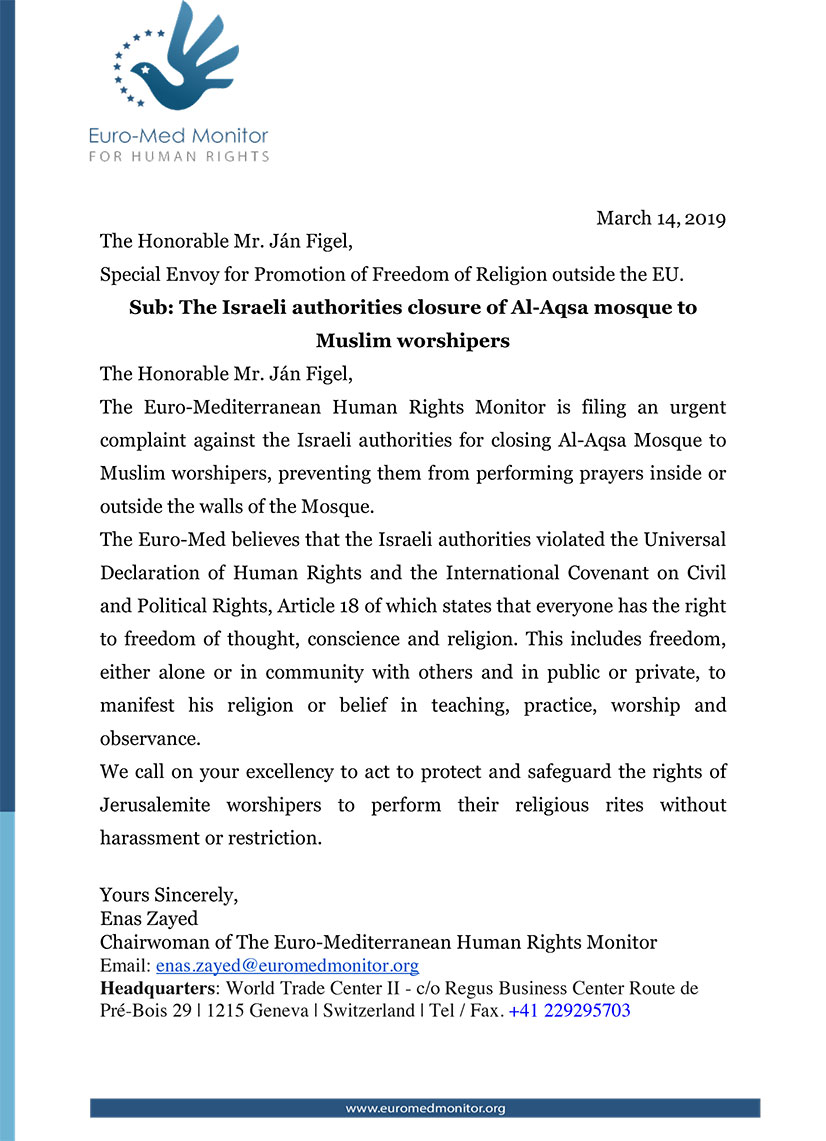