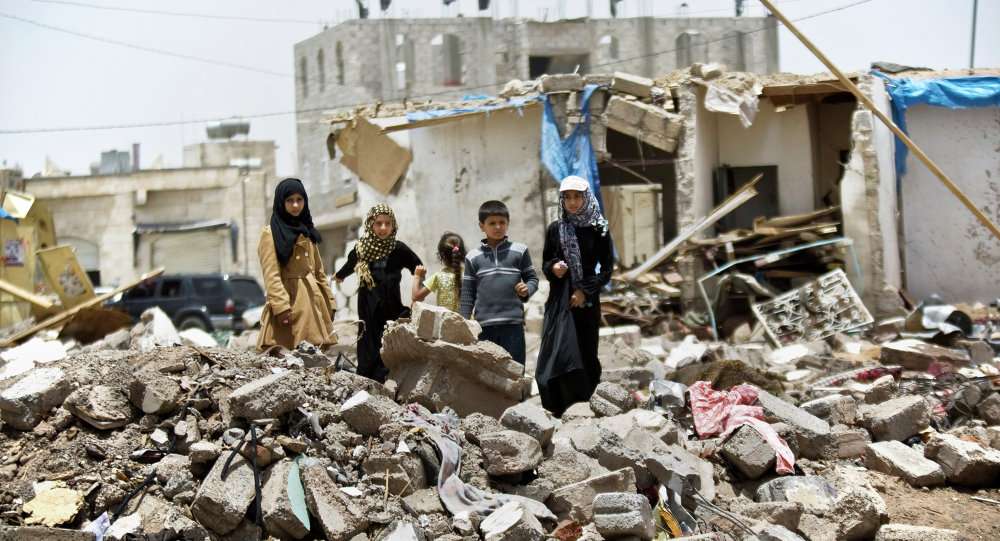 Geneva - The Euro-Mediterranean Human Rights Monitor sent urgent letters to the Inter-Parliamentary Union (IPU) and the Joint Commission on Human Rights in the British Parliament, as well as to, Janis Karklins, the President of the fifth session of the Conference of the Contracting Parties to the Arms Trade Treaty, regarding a number of reports on weapons sold by European countries and used in deadly armed conflicts in the Middle East and North Africa.

In the letters, Euro-Med Monitor called for stronger policies on arms control and called also for the establishment of supervisory bodies at the request of the European Parliament in its earlier decision of 14 November 2018 on arms exports to implement Common Position 2008/944 / CFSP / 2157 (INI).

A more effective management committee for the arms sale treaty should also be set up, added Euro-Med Monitor, as that would not only help the States parties to implement the treaty, but would extend recommendations for state reports.

European countries must also stop selling arms to countries that may not respect international law and standards relating to the right to life and the protection of civilians in armed conflicts.

European countries have been among the leading countries in the ratification and support of laws related to arms trade both within Europe as well as with third parties and third countries.

The current international legal framework includes the United Nations-sponsored Arms Trade Treaty, which entered into force in 2014 and has been ratified by 93 countries, including 39 European States parties to the ATT, two signed states. Meanwhile, Belarus and the Russian Federation have yet to join the treaty.

At the regional level, the European Union has been engaged since 1998 in a binding code of conduct on arms exports, which was subsequently replaced by the Council's Common Position 2008/944 / CFSP, which established eight criteria for assessing and updating conventional arms export requests under Council resolutions on strengthening Controls on the export of effective weapons.

It is the duty of States to respect contracts once ratified and included in the legal framework, said Euro-Med Monitor expressing the organization’s concern over the lack of monitoring mechanisms on the ground to verify that weapons sold to a particular country remain in this country and are not sold to third parties. Even though such contracts are in force and subject to licensing from the seller country, but practically it is impossible to track weapons.

A number of reports have shown that weapons sold from the European Union region were later found in the hands of armed groups, leaving civilians victims.

Euro-Med Monitor called on European countries to stop selling arms to countries that may not respect international law and standards relating to the right to life and to protect civilians in armed conflicts, also calling for a ban on the Saudi-led coalition.

The United Kingdom is interested in pursuing the relationship with Saudi Arabia and the United Arab Emirates in order to gain an opportunity to influence their leaders, which is hardly justifiable. Ending arms export would help put an end to Saudi-led coalition’s war crimes and crimes against humanity in Yemen.

With reports of British soldiers being wounded in Yemen, there is hardly any evidence of influence being exerted against Saudi Arabia and the UAE to end the abuses by the Saudi coalition, which violated the law of armed conflict under the Geneva Conventions, by bombing civilian hospitals and homes.

Euro-Med Monitor also expressed alarm at statistics showing that the UAE is one of the largest recipients of European arms and one of the largest arms exporters in the Middle East and North Africa - especially to Egypt, Kuwait, Yemen and Libya.

In a clear violation of international law, the conflict in Yemen, supported by the Saudi-led coalition, led to the deaths of many civilian casualties.

The European Union affirmed that civilians are protected under the Geneva Conventions and that they should not be victims of armed conflict. The continued sale of arms to countries with prior knowledge of the risk of using these same weapons in conflicts and in targeting civilians is contrary to European and international laws. Violating the rights of civilians during such conflicts, including the rights to education, water, sanitation and housing, by bombing of civilian installations, can never be justified.

Concluding the letter, Euro-Med Monitor expressed strong support for the legal action taken by Campaign Against Arms Trade (CAAT) against the UK judicial system to challenge the legality of the sale of arms from the United Kingdom to Saudi Arabia.