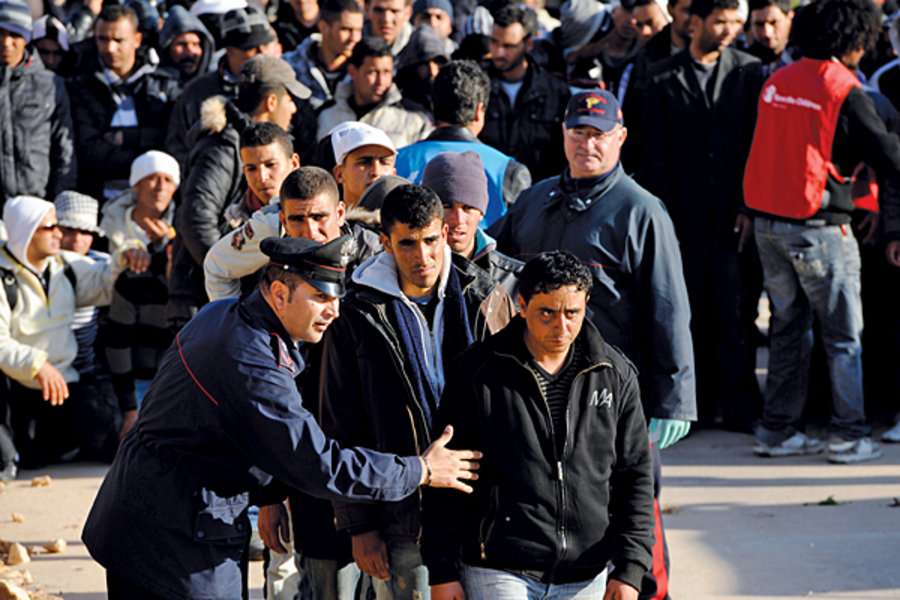 The Euro-Mediterranean Human Rights Monitor is concerned by the reports that Italian Interior Minister Matteo Salvini has ordered police to keep a closer eye on the Muslim community in Italy after a homeless Moroccan-Muslim-migrant stabbed a Georgian-migrant near Termini train station on April 23, 2019 following a row between the two men.

The media reports suggest that the Moroccan migrant used a language full of hatred towards the Georgian man, calling him “a filthy Italian catholic.” According to the victim of the hate-crime, the Moroccan man stabbed him in the neck after seeing him wearing a crucifix necklace.

Such words are never acceptable and they are in no way justifiable but at the same time can’t justify treating the whole Muslim community in Italy as suspect. This could be a breach of the presumption of innocence under article 14.2 of the International Covenant on Civil and Political Rights, stating that “everyone charged with a criminal offence shall have the right to be presumed innocent until proved guilty according to law”. Furthermore, The violation of article 14.2 presumes the Muslim community to be monolithic despite the fact that  it is composed of many different ethnicities, cultures, and customs who should be treated as individuals.

In response, Salvini urged more “controls and monitoring of meeting places for Muslim citizens, to prevent any kind of violence against innocent citizens.”, which is a violation of Article 5 of the International Convention on the Elimination of All Forms of Racial Discrimination that protects the rights to freedom of religion, of assembly and association.

Lia Quartapelle, a lawmaker for the opposition Democratic Party, described the action of the Minister of Interior as “irresponsible.’’

Moreover, ANSA News Agency reported that investigators are verifying the account of the victim, suggesting that the attack may not have been religiously motivated.

Salvini, who led the anti-immigration, far-right League party, had a history of highlighting attacks and crimes committed by migrants and Muslims.

Euro-Med Monitor calls on all parties involved in the investigation to treat the incident within its criminal boundaries and not to label the whole Muslim community as suspect. European Muslim citizens have suffered a lot as a result of the stigma being created by populist and even mainstream Politician who seek to scapegoat an entire community for crimes they never committed.

Euro-Med Monitor calls on the Italian authorities especially the Minister of Interior not to use this incident for electoral gains. This behavior might have implications for an entire community and could threaten the peace and security of the Italian society as a whole.

Euro-Med Monitor calls on the Italian authorities to respect their international obligations. Indeed, the customary norms enshrined in the Universal Declaration on Human must be respected by all States, Italy ratified the International Covenant on Civil and Political Rights and the International Convention on the Elimination of All Forms of Racial Discrimination and the European Convention for the Protection of Human Rights and Fundamental Freedoms.