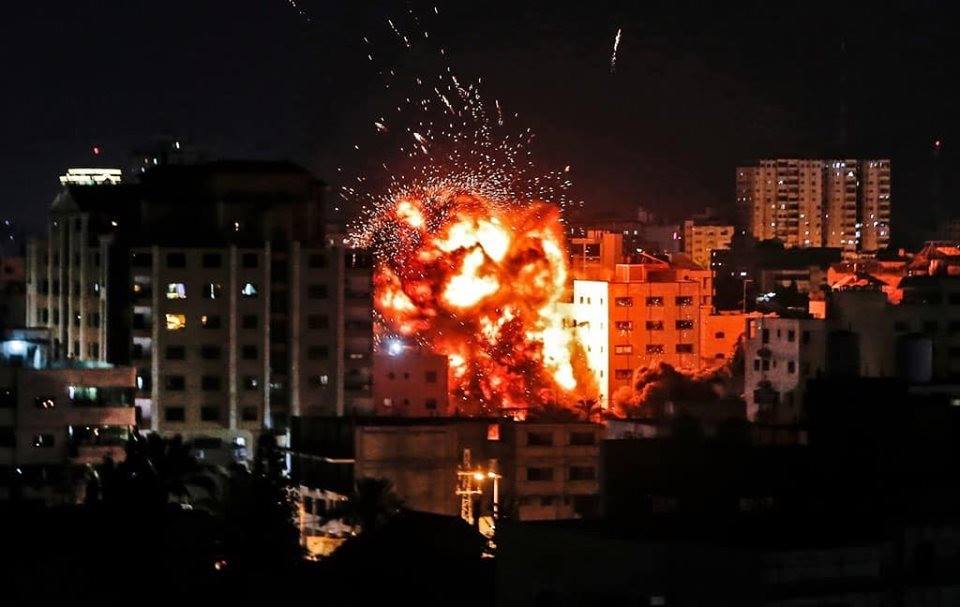 Statement on the ongoing escalation in the Gaza Strip

Geneva - We condemn in the strongest terms the Israeli air and artillery shelling of the Gaza Strip, which started on Saturday morning, May 4, 2019, said Sarah Pritchett, Euro-Med Monitor Human Rights Monitor's spokeswoman. The Israeli strikes have resulted in the death of four civilians, including a pregnant mother and her child, the injury of more than 30 others, and the demolition of a residential building and 3 other buildings containing offices for media agencies, charities and shops.

The Israeli leadership has once again demonstrated its policy of using excessive force against 2 million civilians who have been besieged for more than 13 years. The Israeli authorities have not only deprived them of basic rights through the blockade, but by repeatedly targeting their person and property by airstrikes and shelling, in a clear disregard to all international conventions and treaties guaranteeing the protection of civilians in times of armed conflict.

The continuation of the Israeli army behavior towards the Gaza Strip of killing and targeting civilian objects and the continuation of the collective punishment policy through the blockade clearly represent war crimes under the Rome Statute and require a serious action to bring the perpetrators to justice.

We stress the necessity of urgent action by the United Nations and the actors in the Palestinian-Israeli conflict to contain the escalation in the Gaza Strip before the situation deteriorates to a more serious level. We also warn that the catastrophic living conditions in the Strip are not likely to bear any further deterioration.