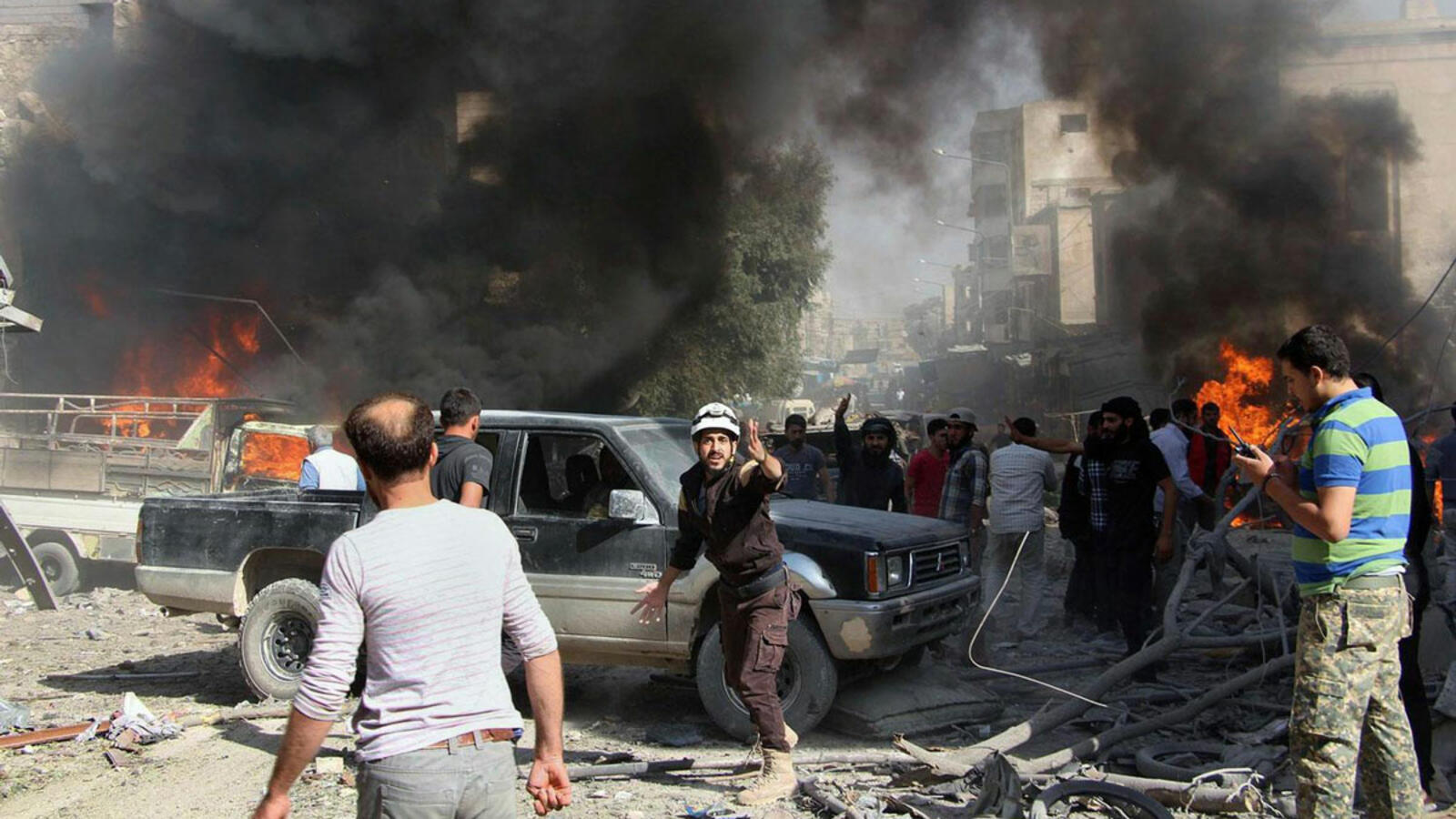 Geneva - The Euro-Mediterranean Human Rights Monitor called on the international community to act urgently and seriously to stop the military campaign targeting cities and towns under the control of the armed opposition factions in northwest Syria. The countryside of Idlib, Aleppo, Hama and Latakia have been subjected to heavy air and ground attacks since the end of April.

The international human rights watchdog warned of an impending humanitarian disaster for 3 million civilians, including about one million children living in Idlib and its environs, pointing out that the heavy shelling targeted mostly civilian facilities, including four hospitals in the towns Kafr Nabl, Hass, Qalaat Al Madiq, and Ltamenah in the country’s northwest. Two health centers in the towns of Kafr Nabudah and Hobait and 9 educational facilities have also been destroyed, causing them to be out of service.

The targeting of civilian objects - especially hospitals and educational facilities - is a serious violation of international humanitarian law, may amount to a war crime, and the parties involved must be held accountable.

The presence of armed groups in these areas does not constitute a justification for targeting civilians, said Euro-Med Monitor, pointing out that the villages and towns that have been under air and land bombardment for about a week are covered by the agreement to reduce the escalation signed between Turkey, Russia and Iran in Astana in September 2017, which provides for a cease-fire in the province of Idlib with the northern villages of Hama and the countryside of Western Aleppo.

The nature of the distribution of armed opposition groups in the city and its overcrowding makes it difficult to target a single faction or group of armed factions in the city without causing significant civilian casualties, Euro-Med Monitor said.

Field sources for Euro-Med Monitor confirmed that the military operations resulted in the killing of at least 69 people, including 11 children, as the Syrian army forces and Russian aircraft launched more than 1,400 air raids on the areas of Idlib, its countryside and Hama’s countryside, using missiles and explosive barrels with high destructive capabilities.

The Euro-Mediterranean Human Rights Monitor calls on Russia, the US, Turkey and Iran, to help end the military operations that are endangering the lives of civilians in the cities and towns in northwestern Syria, and to give space for a political solution to avoid further casualties.

Euro-Med Monitor also urged all international institutions and bodies concerned with refugees to take urgent action to assist thousands of civilians forced by military operations to flee to northern Syria.