Following UPR: Euro-Med Monitor calls on Qatar to adopt further reforms to the human rights situation in the country 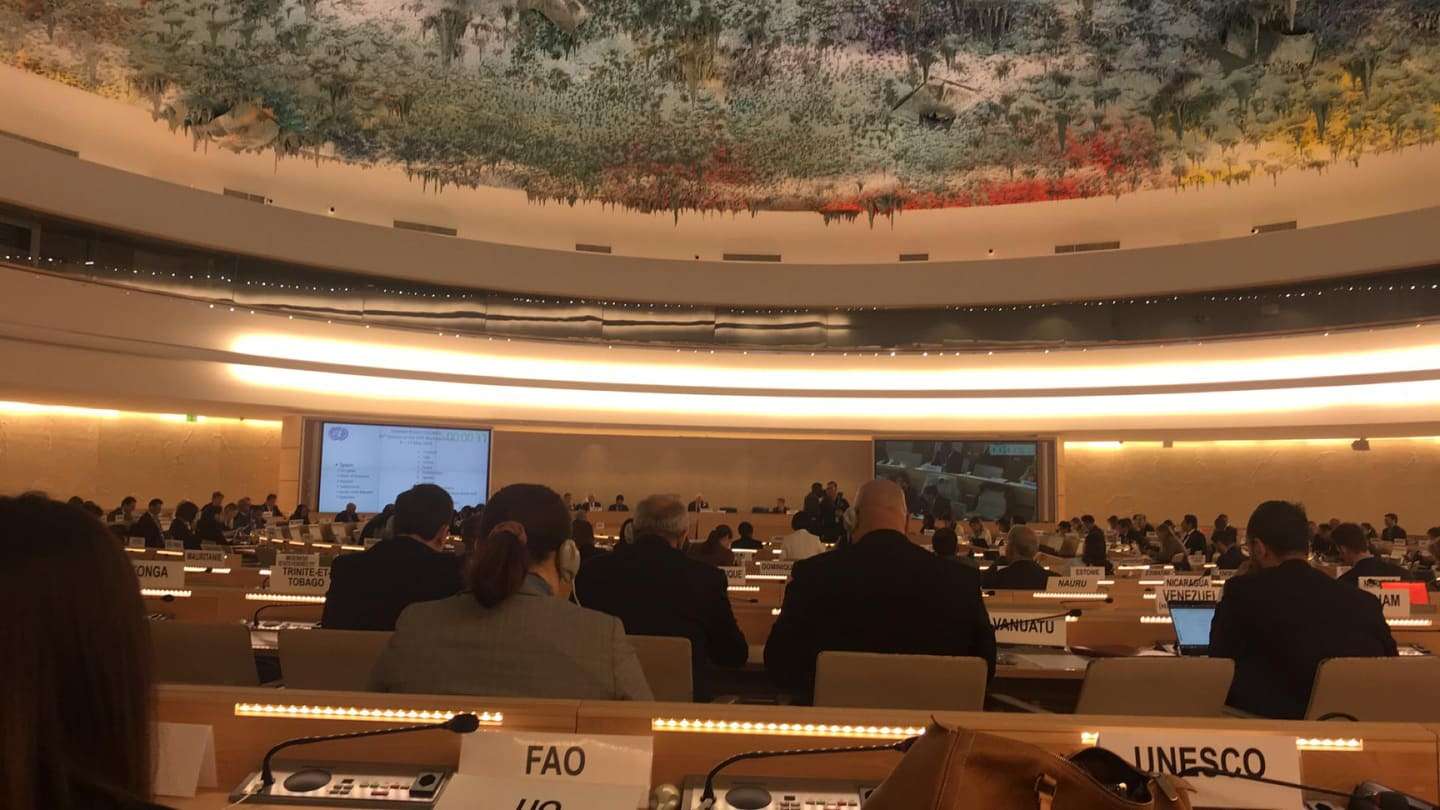 Geneva - The human rights situation in Qatar has witnessed significant progress over the past years, said the Euro-Med Monitor for Human Rights, calling on the Qatari authorities to do more to ensure full implementation of all their commitments under domestic and international laws.

Representatives of Euro-Med Monitor participated today in the Universal Periodic Review of the Human Rights Situation in Qatar, which was held at the Human Rights Council in Geneva. The session built on the Working Group on the Universal Periodic Review’s comprehensive assessment of the Qatari authorities' policy and compliance with various international laws and conventions.

Qatar is also said to have abolished the sponsorship system and replaced it with a contract system concluded between the worker and the employer in accordance with Law No. 21 of 2015, whereby workers are entitled to leave the country temporarily or permanently during the period of the contract between the parties in accordance with Law No. 13 of 2018.

Moreover, a committee was established to govern disputes of workers and employees in 2017 under law No. 13.

Qatar signed a technical cooperation agreement with the International Labor Organization (ILO) during the 331st Session of the ILO Governing Body, which includes a section dedicated to combating forced labor.

Under Law No. 15 of 2017, Qatar established the National Commission against Trafficking in Human Beings, which will act as a coordinating body to monitor and prevent human trafficking. In addition, the authorities adopted the National Plan to Combat Human Trafficking (2017-2022).

Euro-Med Monitor said that Qatar has made great progress in improving the human rights situation in the country, but stressed that further improvements should be made with regards to withdrawing reservations to the International Covenant on Civil and Political Rights, the International Covenant on Economic, Social and Cultural Rights and the Convention on the Elimination of All Forms of Discrimination against Women.

Euro-Med Monitor also called on Qatar to ratify a number of international conventions, such as ILO Convention No. 189 concerning domestic workers, the Optional Protocol to the Convention on the Rights of Persons with Disabilities, the Optional Protocol to the Convention against Torture and all Cruel, Inhuman or Degrading Treatment or Punishment, the Protocol relating to the Status of Refugees, the UNESCO Convention against Discrimination in Education and the International Convention on the Protection of the Rights of All Migrant Workers and Members of Their Families.

Qatar is also urged to amend Law 28 of 2005 on citizenship to grant women and men the same rights, to empower Qatari women to give citizenship to their children and to effectively implement Law No. 21 of 2015 on the abolition of the sponsorship system, Law No. 15 of 2011 and the National Plan to Combat Trafficking in Persons 2017 -2022.