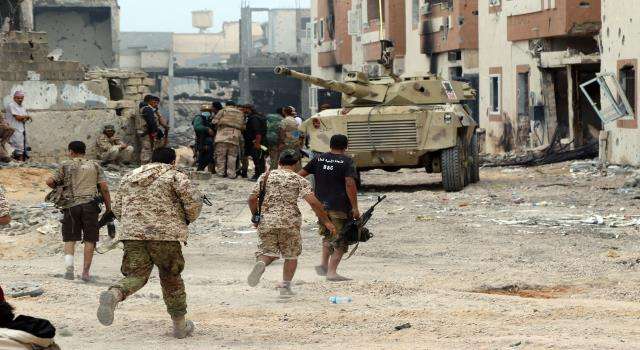 Geneva – An urgent letter was sent to Mr. Michel Forst, UN Special Rapporteur on the Situation of Human Rights Defenders, by the Euro-Med Monitor for Human Rights regarding death threats to Almoaaz Sadek Warshfani, a Libyan lawyer and human rights defender.

Mr. Warshfani ran for his life and left Libya to Tunisia under the cover of the night after he received serious death threats for his role in defending victims of civil war and torture, including detainees held by the government without a legal justification, leaving his family behind.

The Libyan lawyer was kidnapped and warned against his involvement in defending certain human rights-related cases and was asked to stop using the word militias in his radio and press meetings and in courts.

The kidnappers also tried to force him to change his position, and to recognize the armed groups as legitimate security bodies, in addition to denying his previous statements regarding the recruitment of children and minors in those armed groups.

The Libyan judge promised the kidnappers to fulfil these demands immediately after his release, but his house was attacked two days after his release. He decided to leave the country to save his life, leaving by land to Tunisia.

The Libyan lawyer’s family lives under very bad conditions. The daily activities of his wife and children were halted as a result. The wife stopped going to work and the children left their schools because of the incident.

Euro-Med Monitor calls on the UN to pressure the Libyan authorities to stop violations of human rights defenders, urging the Tunisian authorities to provide the necessary protection to Warshfani after he confirmed his arrival in the country.

At the end of the letter, Euro-Med Monitor urged Mr Forst to assist the Libyan lawyer to take his family to Tunisia, stressing the need to communicate with the relevant authorities to ensure that those involved in the kidnapping are brought to justice.