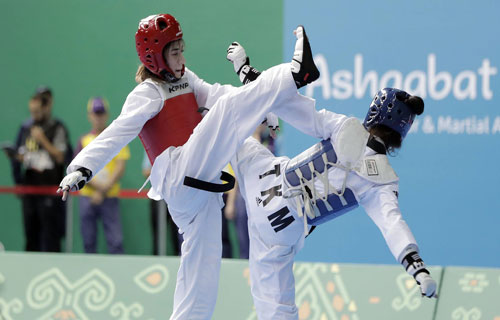 Geneva - In a letter addressing the Comité International Olympique CIO, the Euro-Mediterranean Human Rights Monitor condemned the decision by the British Consulate in Jerusalem denying Palestinian athlete Layan Jaber a UK visa to take part in an international Taekwondo event that was scheduled from 15 to 19 May in the United Kingdom.

Ms Jaber waited for two weeks in Jordan for her visa to be issued as she would have difficulties accessing the British Consulate in Jerusalem due to movement restrictions. Yet after the passing of two weeks, she was informed of the UK embassy’s decision not to issue her a visa despite her having all the needed documents to do so.

The UK embassy’s decision to deny Ms Jaber a visa violates her rights as a Palestinian athlete and contradicts the principle of treating people equally regardless of their nationality, sex, age, color or race.

Being the host of this international sport event, the UK is supposed to issue visas for all people taking part in the event. Politics has no place in sports and the majority of the world today sees sport as a unifying factor that brings people together despite their divides.

Euro-Med Monitor stressed that Ms Jaber’s case is not an isolated one, and that many athletes and students, especially Palestinian ones, are denied the right to participate in such events or to pursue their postgraduate studies in the Kingdom.

The act of denying a visa for discriminatory or political reasons has been condemned by international sport federations, including the International Paralympic Committee.

Euro-Med Monitor for Human Rights calls on the Olympic Committee to urge the UK government to reveal the reason why the Palestinian athlete was denied a visa to represent her country in this sports event.

Euro-Med Monitor further calls on the UK authorities to grant Ms Jaber a visa if the motivations for the denial contradict the principles of non-discrimination and equality or other UK obligations under international law.