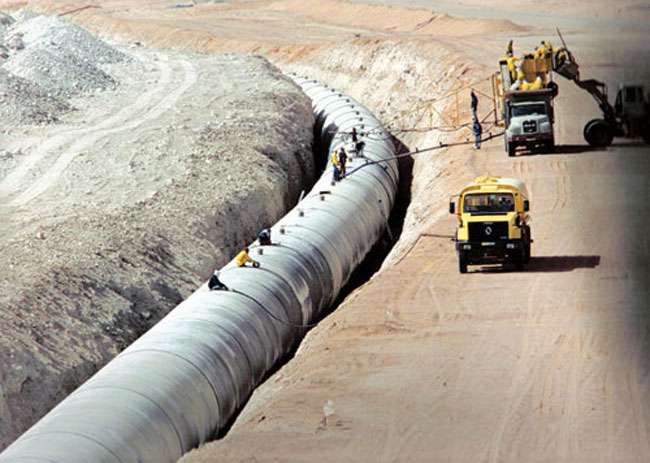 Geneva - The Euro-Mediterranean Human Rights Monitor sent an urgent letter to the World Health Organization (WHO) and the Special Rapporteur on the human rights to safe drinking water and sanitation, Léo Heller, expressing deep concern about the cutting off of water supplies from towns and cities in western Libya.

A group of armed militias caused the drinking water system at the “industrial river” in al-Shwayrif Area 2 to stop the flow of water, the Interior Ministry confirmed in Tripoli later.

Paragraph 2 of Article 54 of the Additional Protocol I to the Geneva Conventions of 1949 guarantees the protection of “objects indispensable to the survival of the civilian population.” These include foodstuffs, agricultural areas, crops, livestock, drinking water facilities and networks, and irrigation works.

The incident is not the first of its kind, said Euro-Med Monitor, pointing out that its team had monitored 64 attacks on water systems from 15 May 2013 to 17 December 2018. 77% of those attacks aimed at sabotaging such facilities.

According to the Libyan Accord Government’s Interior Ministry, the attack was carried out by the tribe of Megrah, one of the tribes of the region and led by a man named Mabrouk Ihneish. This tribe has previously attacked another drinking water network before.

The flow of water supplies was restored Tuesday, however, this incident should not happen again. Basic services should be neutralized from any internal conflicts, said Ghada al-Rayyan, Euro-Med Monitor’s legal researcher.

Al-Rayyan pointed out that it is not possible to confirm whether there are links connecting the tribe to commander Khalifa Hafter. However, the attack in an area controlled by these forces makes them responsible for protecting public facilities and infrastructure in the areas under their control.

Al-Rayyan also added that the National Reconciliation Government is also responsible for its failure to arrest the perpetrators in November 2017, especially since the area was under the control of forces loyal to the National Accord Government 2017.

Euro-Med Monitor calls on the World Health Organization to speed contact with the relevant bodies and authorities to pressure those who control the area to allow water to flow to the residents of the Greater Tripoli area and to bring those responsible for threatening the lives of the population to justice.

Euro-Med Monitor also calls for the swift and immediate action to ensure the flow of water to the people of Greater Tripoli is not interrupted again.