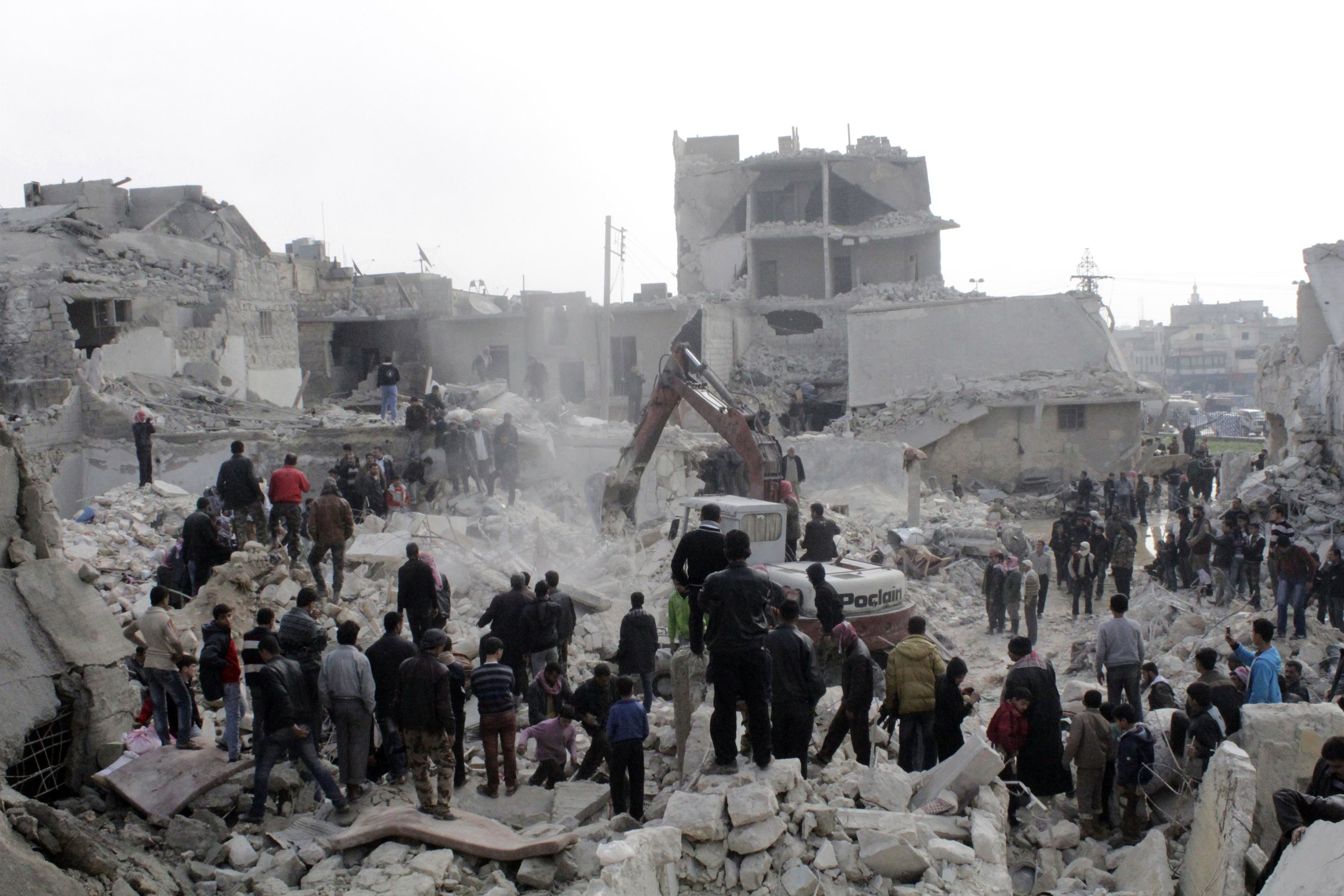 Geneva - The Euro-Med Monitor for Human Rights condemned the continued targeting of civilians and civilian objects during the military operations launched by the Syrian and Russian forces against opposition areas in northern Syria, especially in the city of Idlib and its countryside, where air strikes destroyed about 30 hospitals and medical point in northern Syria during this month.

Continuous military operations have killed at least 170 civilians and injured hundreds in the last four weeks, in addition to massive destruction of infrastructure, because of the use of explosive barrels, rockets and missiles with high destructive ability, added the Geneva-based group.

The continuation of military operations in northern Syria foreshadows an unprecedented humanitarian disaster for 3 million civilians in the city of Idlib and its countryside.

The ongoing bombardment led to a massive wave of displacement, in which about 250,000 civilians left their homes and fled towards villages and towns near the Syrian-Turkish border, where they lack the minimum of standards of life from housing, to food and medical care.

“The targeting of civilians and civilian objects constitutes a serious violation of international humanitarian law and may amount to a war crime in accordance with the Fourth Geneva Convention for the Protection of Civilians and demands accountability,” Euro-Med Monitor’s Audrey Ferdinand said.

The Syrian government forces backed by Russian aircraft have been carrying out indiscriminate killings in Idlib for about a month, and that entire families have been killed in direct shelling of their homes, apart from the direct targeting of hospitals and medical points in order to remove them from service and destroy the medical infrastructure in these areas.

The targeting and destruction of civilian objects is prohibited under Article 147 of the Fourth Geneva Convention of 1949. The protection of civilian objects is an indispensable necessity for the survival of the civilian population. Article 25 of the Hague Regulations on the Laws and Customs of War on Land, 1907, prohibits attacking or bombing towns, villages, dwellings and unprotected buildings, whatever means are used.

The areas targeted were within the scope of the de-escalation zone as part of Astana agreement of 2017. It is supposed to be neutralized from military operations in preparation for a political settlement to end the civil war in the country since 2011. Even if members of the opposition have indeed violated the agreement, it still does not justify the actions of the Syrian army.

The Euro-Mediterranean Human Rights Monitor calls on the countries active in the Syrian conflict, especially Russia, Turkey and Iran, to take immediate action to stop the military operations, and to abide by the agreement to reduce the escalation and spare the civilians a humanitarian disaster.

Euro-Med Monitor also calls on the United Nations and the European Union's refugee agencies to act urgently to provide relief to the 250,000 civilians who have been displaced from their homes and to ensure their basic needs are met as soon as possible, especially with regard to urgent medical care for the sick and the housing of thousands of civilians who have lost their homes due to the ongoing operations.