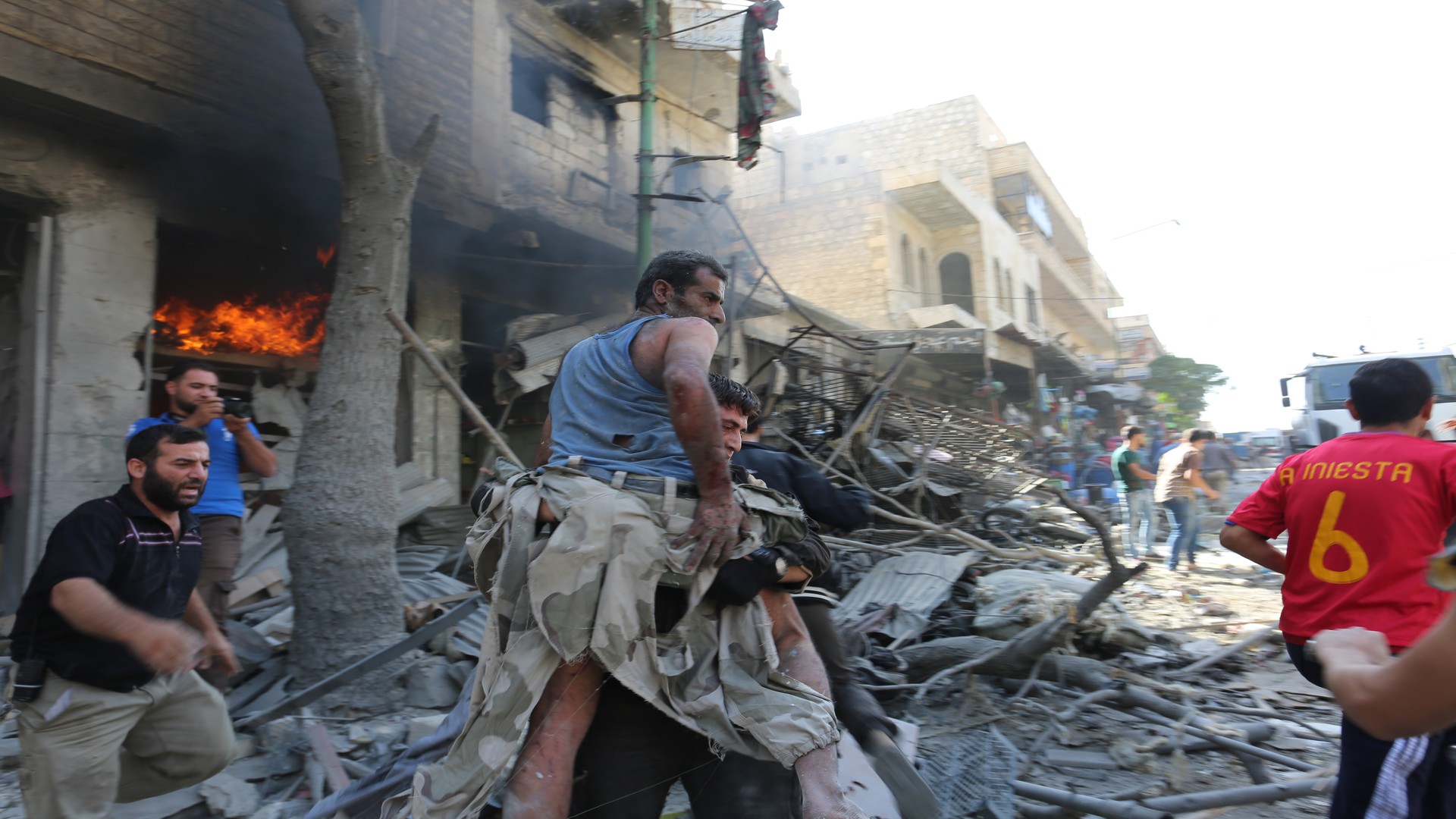 GENEVA - The Euro-Mediterranean Human Rights Monitor called for urgent international action to stop war crimes against Syrian civilians in the northwest region in the country as a result of the ongoing attacks by the Syrian government and Russian forces that resulted in the killing of hundreds and the displacement of hundreds of thousands of civilians.

The international community, including the United Nations, cannot continue to ignore violations against the Syrian civilians, leaving them to indiscriminate bombing, systematic killings and displacement, The Geneva-based Euro-Med Monitor said in a press release.

The statement noted that the death toll caused by the bombing of Russia and Syrian regime forces between February 2 and June 9, on the Syrian north, has reached 697, including 203 children.

Two women were killed and more than 40 civilians were injured on Monday in the latest attacks as a result of air strikes carried out by the Syrian regime on the towns of Mahershurin and Kafr Batikh in the southern countryside in Idlib, amid the documentation of a number of missing people who are still trapped under the rubble. Furthermore, a girl died of wounds sustained as a result of a previous airstrike carried out by a Russian warplane on the city of Jericho to the west Idlib. After Sunday midnight, three civilians were killed and 11 others were injured as a result of Russian air strikes around the city of Khan Shaykhun in Idlib.

The number of displaced people in this period is estimated at more than 150,000, amid warnings from the United Nations that the number could reach two million refugees who could flee to Turkey if the fighting continues, especially with the decline in financial support allocated to relief.

The continued targeting of civilians and civilian objects in Idlib and its countryside represents a serious violation of international humanitarian law, and may amount to a war crime in accordance with the Fourth Geneva Convention on the Protection of Civilians and requires brining all parties accountable, noted Mohammed Emad, the legal researcher in the Euro-Med.

Emad pointed out that the targeting and destruction of civilian objects is prohibited under Article 147 of the Fourth Geneva Convention of 1949. Also, the protection of civilian objects is an indispensable necessity for the survival of the civilian population. Article 25 of the Hague Regulations concerning the Laws and Customs of War on Land stipulates that “Prohibition of attacking or bombing towns, villages, dwellings, and unprotected buildings regardless of the means used.”

Euro-Med Monitor urged that serious action should be taken to stop the crimes against Idlib and to accelerate the provision of funding in order to increase the frequency of relief operations in the areas under bombardment and destruction, since the United Nations suffers from a funding shortfall after receiving only $ 500 million out of the $ 3.3 billion requested for its humanitarian functions, which might hinder relief efforts.