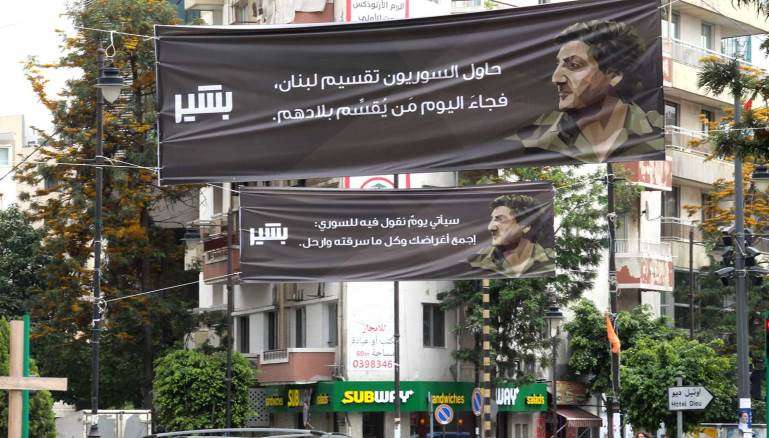 Geneva - The Euro-Mediterranean Human Rights Monitor expressed deep concern at the escalating manifestations of racism towards displaced refugees, especially from Syria in Lebanon, and launching media campaigns aimed at depriving them of their right to live in dignity and jobs.

The Geneva-based international human rights organization warned in a press release on Wednesday of possible serious repercussions for escalating racist policy towards Lebanon’s refugees. The Organization warned of an unprecedented humanitarian catastrophe that would further worsen Syrian refugees’ situation.

The attacks on Syrians, mostly refugees in Lebanon, were carried out in an atmosphere of indifference and discrimination at the official level, apparently aimed at expelling them from certain areas.

The Euro-Med Monitor expressed its deep concern that the Free Patriotic Movement in Lebanon launched a campaign a few days ago against the employment of foreign refugees in Lebanese under the guise of its concern over reducing unemployment rates for young Lebanese.

The organizers of the campaign, which carried the slogan “If you love Lebanon, employ a Lebanese”, said that it is an awareness campaign that comes in the light of high unemployment rates because of what they considered to be “crowding out illegal foreign labor.”

The Euro-Med Monitor accessed videos of the campaign, including harsh racist behavior towards Syrian refugees by insulting them and asking them to return to their country. The rise of racist slogans against Syrian refugees of various nationalities in Lebanon, including: “Lebanon can take no more,” in addition to broadcasting TV interviews with merchants and citizens who urged the expulsion of Syrian refugees from the country and preventing them from working there.

The Euro-Med Monitor said that the launch of this campaign is an extension of a series of racist practices recently issued by official and popular Lebanese bodies targeting Syrian refugees in the country. These practices included the deportation and expulsion of Syrian refugees from their residences on the basis of resolutions from more than 13 Lebanese municipalities which also call for curfew after particular hours, as well as statements by senior Lebanese officials on “the necessity of the return of Syrian refugees to their country.”

The campaign was also accompanied by racist media campaigns by Lebanese television channels, including OTV, inciting against the employment of Syrian refugees at any job in Lebanon, in addition to MTV, which published an article on its website, quoting a doctor saying that Syrians are behind the rise of cancer rates in the country.

The Syrian refugees’ issue in Lebanon, estimated at more than a million and a half people, should not become a source of internal political conflicts, the international organization said.

The Euro-Med Monitor stressed the Lebanese government’s responsibility to fulfill its moral, humanitarian and legal obligations towards the Syrian refugees and their rights, including the commitments made at the Brussels International Conference last year, which include improving the status of residency, education, legal protection and non-refoulement.

The Euro-Med Monitor renewed its call for the need to review the regulatory frameworks in Lebanon regarding the conditions of residency and work permits to ensure that they are not exploited in racist campaigns that attempt to undermine the employment of these refugees under the pretext of violating Lebanese law.

The continued restrictions on granting residency and work permits by the Lebanese government limited the ability of Syrian refugees to move freely and get jobs, as well as access to education and health care, in a violation of their most basic internationally guaranteed rights.

The human rights organization stressed that the deteriorating humanitarian conditions faced by Syrian refugees in Lebanon should be taken into account, given that 74% of them do not have legal residence. More than 76% of them are below the poverty line at a time when some 50% are forced to pay an annual residence fee of $ 2,000.

The Euro-Mediterranean Human Rights Monitor stressed the responsibility of the Lebanese authorities to take the appropriate measures while complying with international obligations in dealing with refugees in accordance with the International Convention on the Elimination of All Forms of Racial Discrimination and to abide by the "Principles of Voluntary Return in Safety and Dignity" to Syrian refugees in accordance with international principles on non-refoulement .