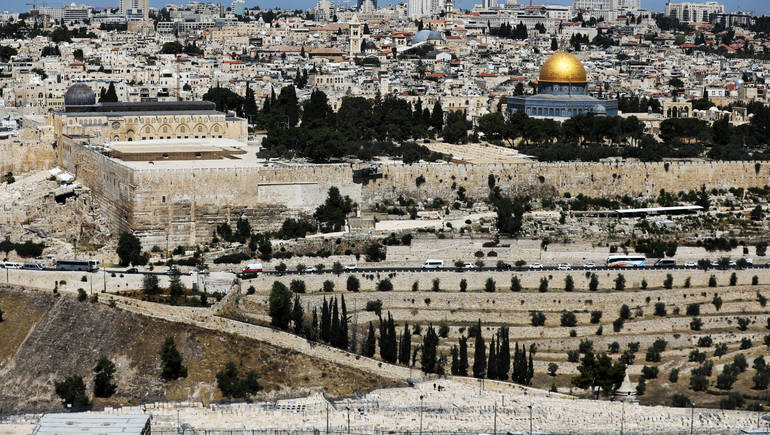 As part of our work to ensure respect for human rights in Europe and the Middle East, the Euro-Mediterranean Human Rights Monitor finds the agenda of today’s Bahrain workshop “Peace to Prosperity” to be at odds with the goals of ensuring the dignity of the Palestinian people and alleviating their impoverishment and immiseration.

While Euro-Med Monitor cautiously welcomes the potential investment in Palestine, Jordan, Lebanon and Egypt by Bahrain of $50 billion under discussion at the Bahrain workshop, the proposed investment agenda fails to acknowledge the central issues of the Israel-Palestine conflict.

The agenda of today’s Bahrain workshop and the non-political economic agenda it adopts towards a political struggle raises a number of questions and concerns.  These include:

1- Economic assistance should not substitute or overshadow the need to end the core political and legal dilemmas that perpetuate the ever-worsening situation in the occupied Palestinian territory.

2- It remains the ultimate responsibility of the occupying power, i.e. Israel, to ensure the welfare and wellbeing of the occupied population without any compromises.

3- Any attempt to force the occupied Palestinian people to compromise their national aspirations or trade their fundamental rights for the promise of economic benefit is a violation of international law.

4- The United States peace team’s policy of ending or suspending USAID or UNRWA funding of essential services and programmes in the occupied Palestinian territory while asking other states to provide funding in today’s forum, is hypocritical and contradictory.

5- The Bahrain workshop not only diverts funding from agencies that support Palestinian refugees while also dropping the issue of Palestinian refugees from the agenda altogether. Instead, the Bahrain workshop seeks to provide large sums of funding to countries essentially implicated in significant violations of refugee rights within its territories.

6- It is deeply concerning that part of the proposed funding will go to support Palestinian Authority security forces, which have been repeatedly been involved in human rights violations against the Palestinian people.

7- Israel’s occupation and discriminatory policies in the occupied Palestinian territories create significant uncertainty and unpredictability that discourages any potential investments and critically disrupts the continuity of existing investments. Furthermore, the ongoing Israeli occupation means Israeli authorities reject any promised projects in the oPt and refuse to grant it necessary permits without deliberation or providing any reason.

8- Without addressing the Israeli occupation and systematic violations of Palestinian rights, investments in projects or constructions remains exposed to potential destruction, confiscation, theft or misuse by Israeli authorities. In a 2016 report entitled ‘Squandered Aid’, Euro-Med Monitor estimated the costs of damage to EU-funded projects as a result of Israeli demolition or confiscation to be more than $65 million.

9- Providing technical or logistical assistance to the Israeli border authorities with the intention of easing border movement restrictions in the occupied Palestinian territories remains futile so long as the Israeli authorities continue their policy of collective punishment.

10- Sustainable development and a thriving economy can only be achieved in an independent and sovereign Palestinian state. Humanitarian and economic remedies cannot solve a political problem, but political solutions would end the need for humanitarian intervention. 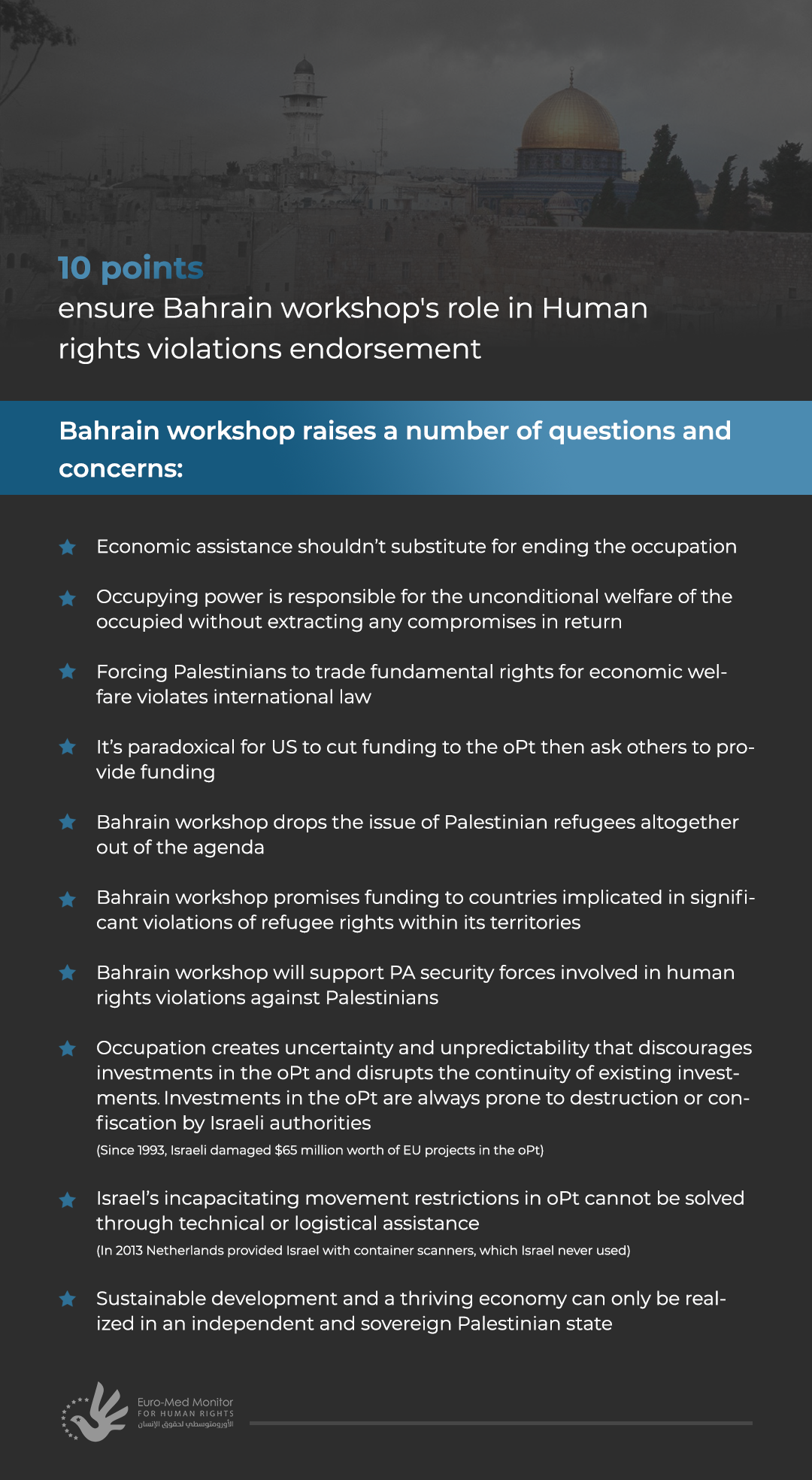