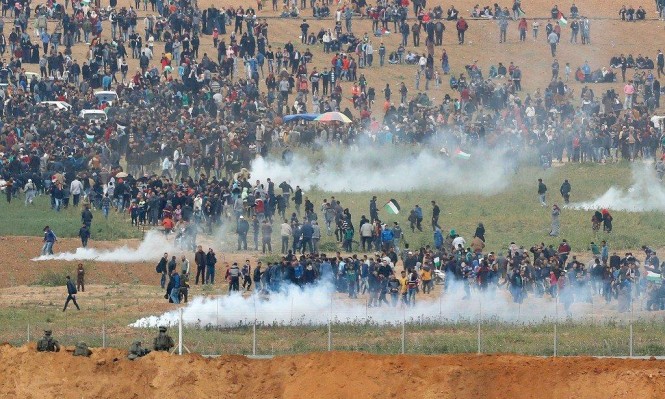 The Euro-Mediterranean Human Rights Monitor expressed deep concern over the decision of the British Government to continue to allow exports of arms and ammunition to Israel in a letter to the UK Secretary of State for Foreign Affairs Jeremy Hunt MP and Tom Tugendhat MP, Chairman of the Chair of the Foreign Affairs Committee.  In May 2018, the value of UK arms exports to Israel reached £14 million in May, according to UK Department for International Trade figures compiled by the Campaign Against the Arms Trade, even as Israeli armed forces responded to protests in the Gaza strip with lethal force.

The United Kingdom has not halted the sale of arms to countries involved in armed conflict, despite knowing that the weapons sold may be used in war crimes or crimes against humanity, Euro-Med Monitor stated.

The Geneva-based rights organisation noted that many arms-exporting countries are unaware of the full consequences of the use of these weapons, while others deliberately ignore the consequences.

Selin Dyson, Euro-Med Monitor’s media and communications officer, said that the residents of the Gaza strip are often affected by Israeli armed forces, like the military attacks of 2008, 2012 and 2014, or targeting of protestors on the Gaza border during “Great Return March” that erupted in March 2018.  Despite these events, the United Kingdom persists in selling arms to the Israeli in full knowledge that they may be used to kill innocent civilians or disrupt peaceful protests.

Dyson stated that arms sales to countries that are accused of war crimes should be prohibited, and that an arms embargo should be applied to Israel. She pointed to the UN investigation published in February 2019 that stated that Israeli soldiers may have committed war crimes in their lethal response to Palestinian demonstrations on the eastern border of the Gaza strip.

In its letter to British parliamentarians, Euro-Med Monitor highlighted that under Article 2-4 of the 1945 Charter of the United Nations ‘all Members shall refrain in their international relations from the threat or use of force against the territorial integrity or political independence of any state’.  Article 51 of the Charter also provides for one exception to the prohibition against the use of force, which is self-defence from an armed attack.

Euro-Med Monitor called on the British Government to note of the recent ruling court ruling in the UK Court of Appeal, which concluded that the sale of arms to Saudi Arabia is ‘irrational and therefore unlawful’ in light of Saudi Arabia’s repeated violation of international humanitarian law during military operations in Yemen.  Similarly, Euro-Med Monitor believes that Israel’s use of British-made weapons in the occupied Palestinian territory necessitates an arms embargo.