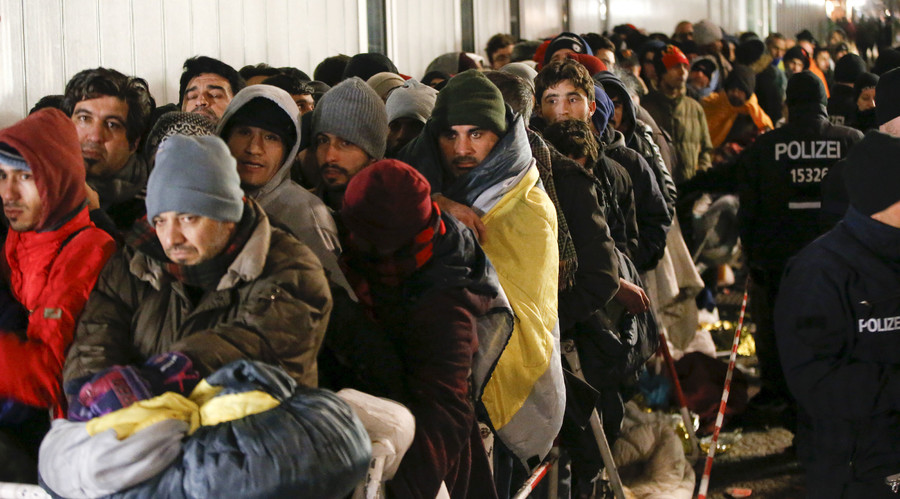 Geneva- The Euro-Mediterranean Human Rights Monitor released a statement on Sunday expressing its deep concern about the Italian government's policy in dealing with refugees arriving at its territory as the number of asylum seekers deported from Italy to other European countries doubled during the last five years.

"The persistent violations of human rights stemming from the policies of the right-wing Italian government alarms refugees situation arriving at Italy after a deadly journey in the Mediterranean waters," the Euro-Med Monitor said.

European countries are returning refugees to their first arrival destination accordingly with the "Dublin" Regulation stricter applications, said Mohammed Shehadeh, Europe's affair officer at the Euro-Med. "Migrants, fleeing from death and threats to their lives, arriving by sea to Italy and Greece, and then they apply for asylum in other European countries," he added.

Shehadeh stressed that the strict implementation of the Dublin Regulation led to horrific violations of human rights including deportations, residency denial and asylum denial in some cases, making Italy and Greece bear more burdens than the other European countries as they are the center of receiving refugees arriving by sea.

In case if migrants were denied asylum in EU states members they will be deported to Italy, where the Italian government violates their fundamental rights. In addition, migrants are subjected to acts of abhorrent hatred, racism, violence, poverty, lack of adequate housing, and the confiscation of personal belongings such as their phones.

Mohammed Emad, a legal researcher at the Euro-Med, said that the Convention Relating to the Status of Refugees and its Protocol under International Resolution No. 1186 states that the refugees shall not be expelled or deported except in the most limited circumstances, and the state of refuge shall be conditioned to not forcibly return refugees to the country where they are expected to be subjected to persecution.

Emad explained that any decisions to deport refugees, in accordance with international conventions related to refugees, must be an exception and for reasons related to national security or public order.

He also stressed that article 32, paragraph 2, of the same convention obliged the state of refugees to give refugees time to search for another state if it decided to deport them, and not to implement the decision immediately. The aim of this regulation is to save the lives of refugees and to ensure that their freedoms and human rights are not violated, which is guaranteed by all international treaties and regulations.

According to the Italian Ministry of the Interior, 24,000 people were deported to Italy within 6 years, from January 2013 to November 2018. This number tripled over the last five years from 2,500 in 2014 to 6,500 in 2018. In the same context, Germany, Switzerland, France, and Austria have applied for the transfer of some 188,000 migrants to Italy, putting these migrants under a real risk and depriving them of their human rights guaranteed by humanitarian law.

The Euro-Mediterranean Human Rights Monitor urges EU member states to reconsider their policies that increase the suffering and persecution of the refugees by expelling them to other insecure countries, placing their lives under threat. The organization called for accepting more asylum seekers instead of returning them to overcrowded countries that suffer from massive numbers of immigrants.

The organization also called on Italy to provide better care to asylum seekers, to end the violation of their rights and to allow them to live in dignified living conditions that do not violate their human dignity nor violate their right to life.