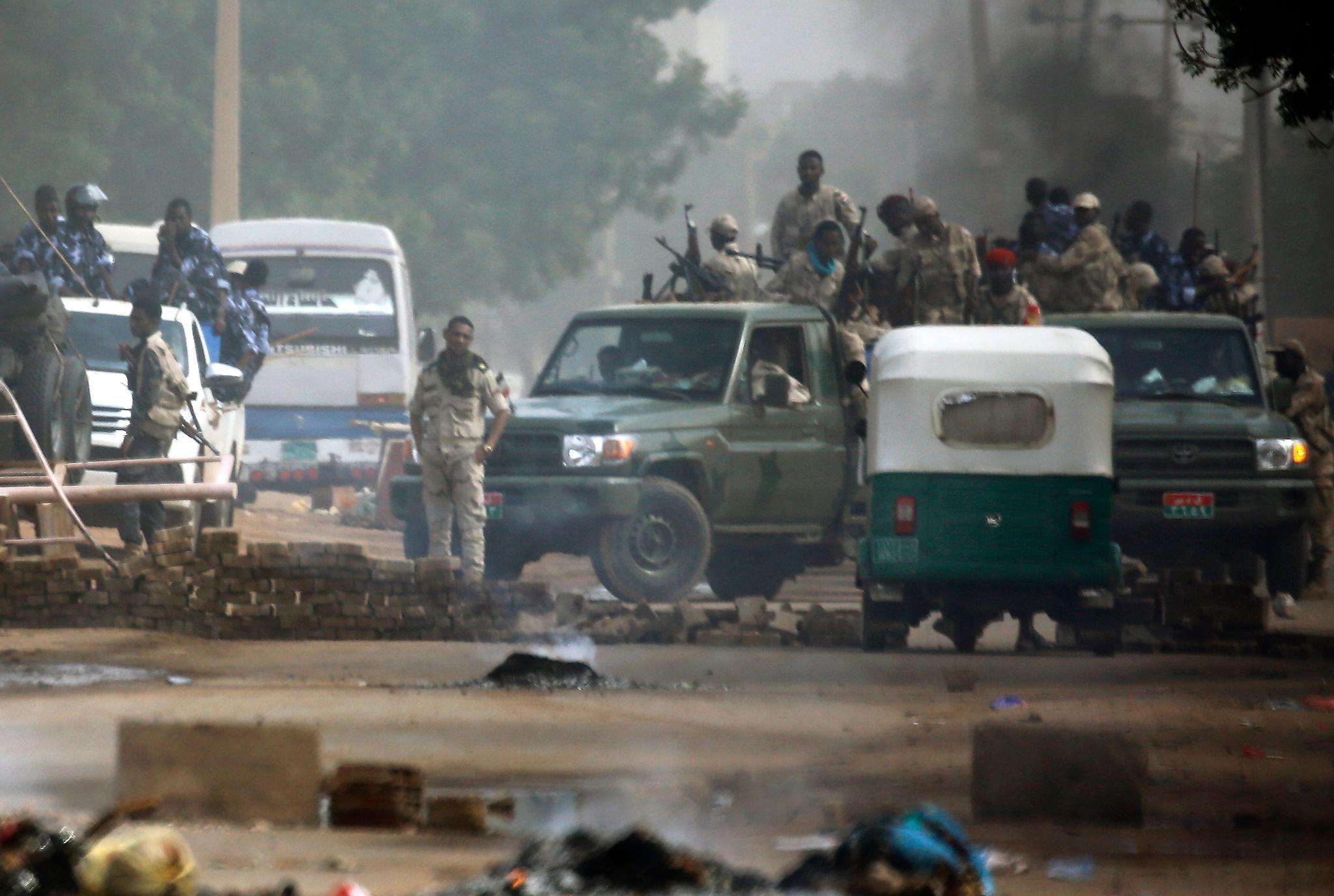 The Euro-Mediterranean Human Rights Monitor condemns the Sudanese security forces, particularly the paramilitary Rapid Support Forces, for violently suppressing peaceful demonstrations in various parts of the country.  Their use of live ammunition against protestors demonstrating against the ruling regime has resulted in deaths and serious injuries.

The Geneva-based organisation stated that on Sunday, ten protesters peacefully demanding that the Transitional Military Council hand power over to civilians were killed and hundreds more wounded.

The rights watchdog said that the increasingly aggressive rhetoric of the Military Council and their threats of targeting and arresting protestors show their unwillingness to halt their repressive actions and cease using force against demonstrators.

Sudanese medical sources reported finding three bodies covered in blood yesterday morning in Omdurman, near Khartoum, while seven people were killed and more hundreds wounded during the protests on the same day.

According to the Sudanese Medical Commission, the death toll has risen to 133 since the bloody protest outside the Army General Command on June 3, during which nearly 100 people died.

The popular protest movement in Sudan continues despite the heavy security deployment and efforts to disrupt internet access from mobile phones for nearly a month.

Euro-Med Monitor decried the escalation of human rights violations in Sudan, such as the storming of civilian institutions by armed state forces. Most recently, troops raided the headquarters of the Sudanese Professionals Association and prevented its members from holding a press conference in a blatant attack on freedom of opinion and expression.

Selin Yasar, communications and media officer at Euro-Med Monitor, said that suppressing demonstrators with live ammunition and raiding the headquarters of civil institutions is a clear violation of the 1948 Universal Declaration of Human Rights, which enshrines the right to peaceful assembly and organisation. She stressed that this is a fundamental right that must not be violated except in accordance with the preservation of the rule of law, such as disrupting those gathering to commit a crime or to disturb public security.

Yasar said that the peaceful gatherings in Sudan have not gone beyond this legal threshold.  Instead, thousands of civilians have gathered to peacefully demand their political rights and denounce the repression and the targeting of protesters with live ammunition by Sudanese security forces.

She stressed that the Sudanese Transitional Constitution of 2005 guarantees the rights of individuals and that a number of articles specifically protect individuals and ensure their freedoms. Yasar highlighted Article 40 of the Sudanese Constitution, which states that "the right to peaceful assembly shall be guaranteed; every person shall have the right to freedom of association with others, including the right to form or join political parties, associations and trade or professional unions for the protection of his interests."

The Sudanese Constitution clearly states in Article 2 that "The sovereignty of the nation is vested in its people." Therefore, all acts of violence against civilians demanding the change of the political system – whether perpetrated by the Military Council or by democratically elected civilian politicians – are condemned under the Sudanese Constitution and the Universal Declaration of Human Rights.

Euro-Med Monitor calls on all parties in Sudan to reach a political solution to end the bloodshed, to ensure civilians in the country are protected, to ensure that freedom of expression is guaranteed, and that Sudanese citizens can exercise their rights without being subjected to any rights violations.