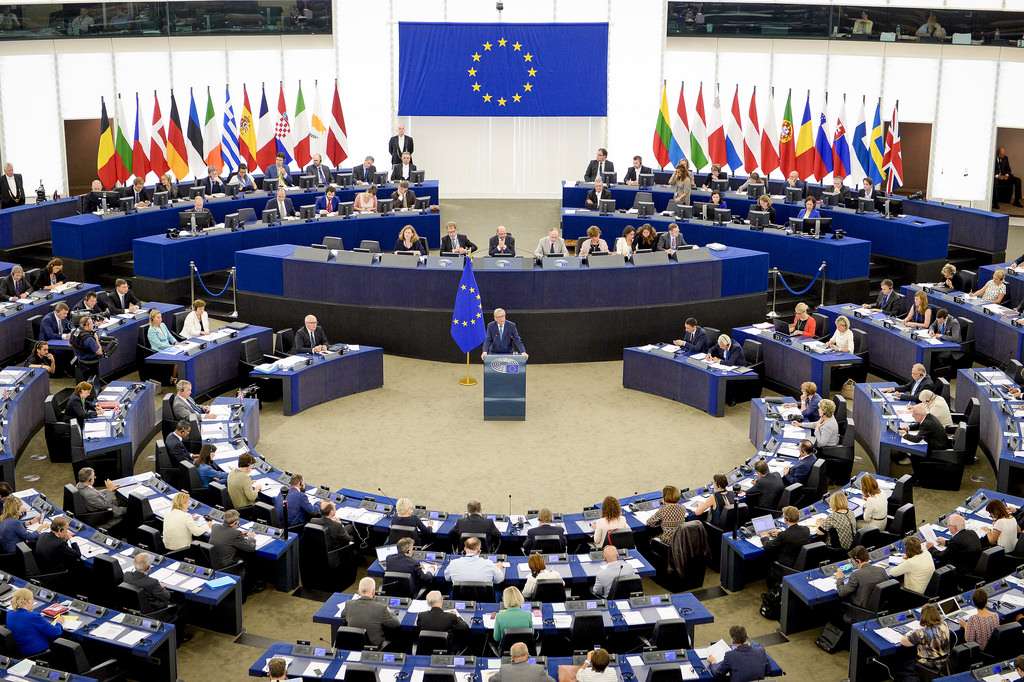 The European-Mediterranean Human Rights Monitor  urged newly elected members of the Parliament of the European Union to play a more active role in the humanitarian crises in the Middle East and to respond to the humanitarian challenge posed by the plight of refugees in Europe.  The memos also described serious human rights violations by governments and non-state actors across the Middle East.

In a series of memos sent after the ninth set of parliamentary elections, the Geneva-based organisation stated that refugee crisis that began in 2015 constituted the most serious humanitarian challenge for member states thus far.  Euro-Med Monitor highlighted that the policies pursued by some member states deprived refugees of their rights under various international treaties.

The memos reminded European parliamentarians of the reasons that so many people in the Middle East were being forced to flee their homes, including serious human rights violations, and of the need for increased European influence to address these reasons.

In particular, the memos highlighted the rapidly deteriorating humanitarian situation in Yemen, described by the United Nations as the ‘worst humanitarian disaster’ in the world that has resulted in untold suffering for civilians.

Parliamentarians were reminded that indiscriminate airstrikes by the Saudi-led military alliance and the repeated use of cluster munitions against civilians constituted a flagrant violation of the laws of war and the Fourth Geneva Convention.

The memos also addressed the actions of Houthi forces, such as the use of landmines and the indiscriminate firing of rockets from positions in Yemen into civilian areas of Saudi Arabia, as well as arbitrary arrests and torture being practiced by both parties.

Also highlighted in the memos was the deteriorating human rights situation in Saudi Arabia over the past two years, most notably the murder of Saudi journalist Jamal Khashoggi inside the Saudi consulate in Istanbul in October 2018.  Despite the international pressure, the perpetrators have yet to be brought to justice and no measures have been taken to avoid similar incidents in the future.

Parliament members were also informed of the situation in Syria.  Since 2011, more the civil war has claimed the lives of more than 400,000 people, and the Syrian Government has repeatedly used internationally banned weapons against civilians in areas under rebel control, including chemical weapons, in a clear violation of international humanitarian law.

More than 1.5 million Syrian refugees are now living in Lebanon.  Here they face  discrimination, and more than 74% lack official legal resident status.  As a result, Syrians face serious impediments to their ability to work, to access healthcare and education, and to travel freely throughout Lebanon.  Additionally, they are subject to racist campaigns directed against their presence in the country.

The memos highlighted the actions of the Israeli government in the Palestinian territories, noting Israel’s unequal and systematic discriminatory treatment of Palestinians, the repeated use of excessive force and prolonged detention by security forces.

The memos also informed EU parliament members of the situation in Libya, where armed clashes continue between the internationally recognised Government of National Accord, based in Tripoli, and the forces of retired General Khalifa Hafter, based in Benghazi.  The civil war has resulted in the internal displacement of tens of thousands and widespread disruption to basic services including healthcare and electricity.

Furthermore, instability in Libya facilitates the abuse of migrants and asylum seekers, many of whom are children, by people traffickers and the Libyan Coast Guard.  Those who attempt the crossing risk torture, sexual abuse and forced labour.

Euro-Med Monitor also raised concerns about the political climate in Algeria, where civilians are being prosecuted for ‘insulting the president’, ‘insulting state officials’, and ‘defaming Islam’, despite the constitutional amendment of 2016 that guarantees freedom of expression.

The situation in Iraq was also highlighted in the memos, where journalists and members of the judiciary continue to be harassed and detained arbitrarily.  Peaceful demonstrations throughout the country have also been met with excessive force by government forces, including in the Kurdistan region.

The memo also contained a summary of the human rights situation in the United Arab Emirates (UAE), where the government has carried out arbitrary arrests and ‘disappearances’ of political opponents.  There are reports of detainees being poorly treated while in state custody.  The government also maintains oppressive labour relations, denying the rights of workers.  The Gulf state is also a member of the Saudi-led military coalition in Yemen, and so is complicit in the war crimes being committed there.

Euro-Med Monitor concluded the memo by urging European Parliamentarians to focus on ending conflicts in the region and easing the suffering of the millions of civilians, as well as ending the supply of weapons to all parties involved in the conflict.