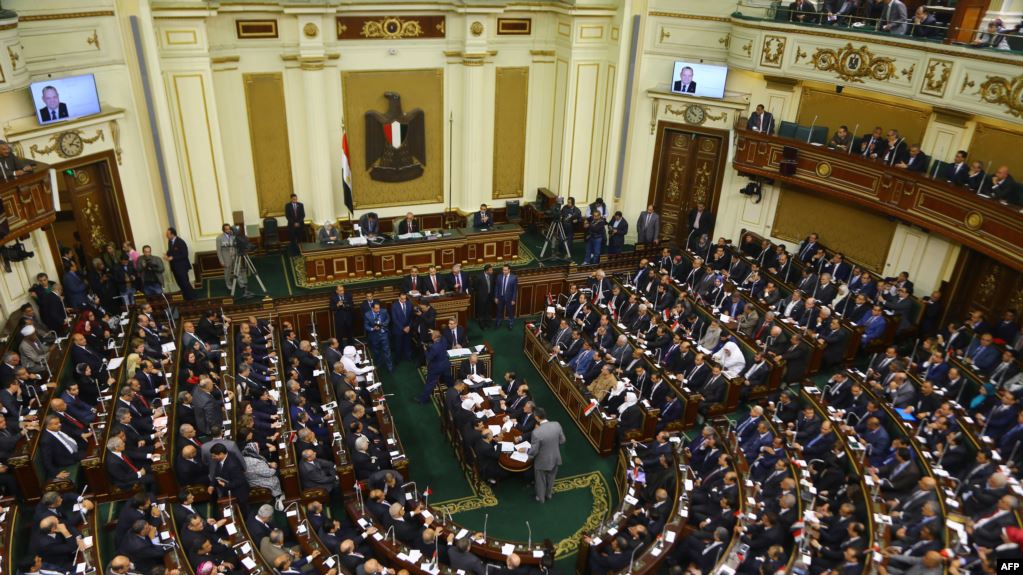 The Euro-Mediterranean Human Rights Monitor and HUMENA for Human Rights and Civil Participation said on Tuesday that the Egyptian parliament's amendment of a law governing the operations of non-governmental organizations is just one step aimed at dedicating repression in the largest Arab country. The amendment included terminating prison sentences and using other punishments for people working for NGOs.

The two organizations said in a joint statement that the new draft resolution is not in line with the Egyptian constitution or Egypt's international obligations.

"Since President Abdel Fattah al-Sisi came to power, the Egyptian authorities have been trying to normalize human rights violations by issuing a series of laws to legitimize and accede to the escalating crackdown on the freedom of expression and association," the two organizations said.

The amended law was introduced in 2017, restricting the activity, development and social action of NGOs and imposing penalties on violators reaching up to five years in jail.

The new law, which was overwhelmingly passed by parliament on Monday, cancels the prison sentences and imposes fines between 200,000 and one million Egyptian pounds (12,070-60,350 dollars) instead.

The amendments, which still have to be approved by the President, allow non-governmental organizations to receive funds from inside and outside Egypt under the condition of being deposited in a bank account within 30 days.

In 2013, 43 people, including Americans, Europeans, Egyptians, and other Arabs, were sentenced to prison terms on charges of running non-governmental organizations without obtaining the necessary permits. Most of them were acquitted last year.

The Euro-Mediterranean Human Rights Monitor and HUMENA called on the international community to not be silent over the repression of civil society by the Egyptian authorities, the crushing of any opposition attempt, the imprisonment of peaceful critics and dissidents who are being tortured, and the harsh and inhumane prison conditions.

The two organizations urged countries that made recommendations on human rights to Egypt during its most recent Universal Periodic Review at the United Nations to speak out publicly to stop this catastrophic deterioration of human rights.

The two organizations stressed the need to work to neutralize the judiciary in Egypt from political exploitation in favor of the governing bodies against opponents, noting that charities played an essential role in providing food, clothing, health care and education in a country where millions live on less than two dollars a day.