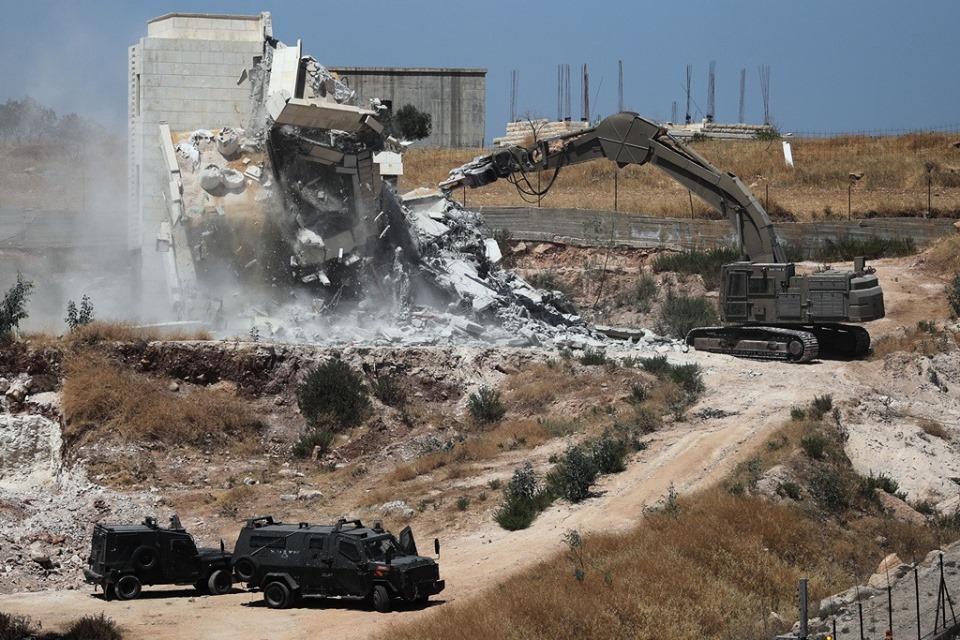 Geneva – On Monday, the Euro-Mediterranean Human Rights Monitor sent urgent letters to United Nations representatives urging them to take urgent steps to prevent the Israeli authorities demolishing residential buildings in the Wadi Hummus neighbourhood of Sur Baher town. The United Nations Rapporteur on the situation of Human Rights in the Palestinian Territories, the Special Rapporteur on adequate housing, and the Special Rapporteur on freedom of religion and belief were the recipients of these letters.

The letters stated that the Israeli authorities' displacement of residents from their homes and the placing explosive materials inside Palestinian buildings constituted a war crime under the Statute of the International Criminal Court.

Euro-Med Monitor's regional director for the Middle East and North Africa, Anas al-Jarjawi, said that "Israeli officials should know that arbitrary demolition and displacement aren't time-barred and that they will be brought to justice for these actions."

Al-Jarjawi said that it is the duty of the UN to ensure the implementation of international law, specifically the Geneva Conventions. The UN must also make it clear to the Israeli officials that if the demolitions and displacement continue, those responsible will be held accountable to judicial authorities outside Israel, he added.

According to Palestinian and Israeli reports, the Israeli authorities demolished about 100 apartments in 13 buildings in the Palestinian Authority controlled neighbourhood of East Jerusalem.

The Israeli authorities issued the demolition orders under the pretext that houses were near the Israeli wall that separates Jerusalem from the occupied West Bank.

"Israel's security excuse is not enough to proceed with the demolitions, especially against the buildings built on Palestinian land and under the supervision of the Palestinian National Authority," Euro-Med Monitor legal researcher Mohammed Emad said.

Emad stressed the need for urgent action by the UN special rapporteurs and highlighted the urgent need for relief for the dozens of families displaced during the demolitions.

According to Euro-Med Monitor, international law, including the Universal Declaration of Human Rights and the Fourth Geneva Convention, prohibits an occupying power from demolishing the property of citizens of the occupied territory. International human rights law also guarantees the right to housing and the protection of private property.

The rights organisation stressed that housing is a prerequisite for other rights such as the right to an adequate standard of living, the right to physical and psychological health, the right to privacy and the right to family life. Hence, the Israeli authorities, in light of their control over the Palestinian territories, are obliged to respect the right to housing for Palestinian citizens.

At the end of its statement, Euro-Mediterranean Human Rights Monitor demanded the United Nations and the Security Council intervene immediately to prevent the Israeli authorities from violating Palestinians' rights in Wadi Hummus.

The organisation called on the international community to exert all forms of pressure on the Israeli authorities to abide by basic international law. The rights organisation also called Israel to protect the civilian population and their homes from constant assaults by security forces and through the court system.

Euro-Med Monitor concluded by warning that the demolitions are one of the most common crimes against the Palestinians, extending as far back as the 1967 demolition of the Mughrabi neighbourhood of Jerusalem.