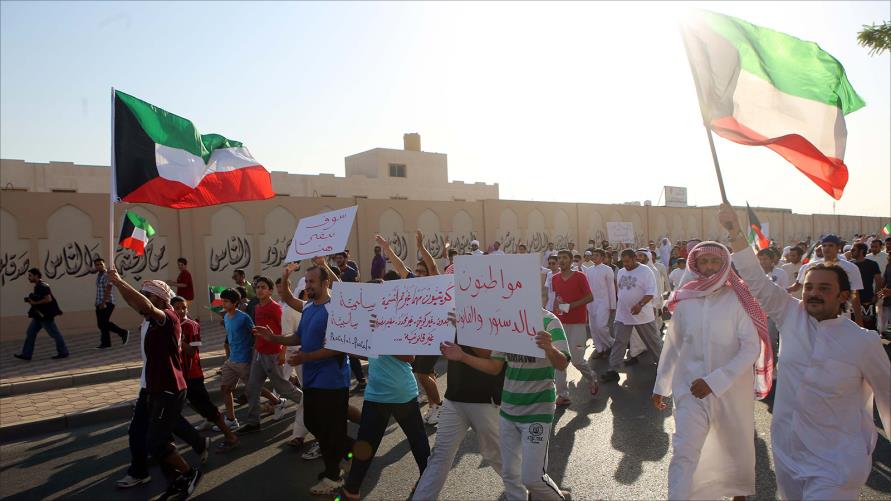 Geneva - The Euro-Mediterranean Human Rights Monitor (Euro-Med Monitor) expressed its deep concern at the arrest of at least 12  minority group activists by Kuwaiti security forces. The security forces detained the activists, who are stateless and known as Bidoons, in state prison.

A Euro-Med Monitor representative said the arrest campaign came after Bidoon activists planned a peaceful sit-in in the city of Jahra near Kuwait on July 12. The event was intended to take place after the suicide of a young Bidoon. Ayed Hamad Madath, 20, killed himself after the government refused to give him identification papers required to access essential public services or work legally in his country.

The organisation said that the arrests took place before the launch of the sit-in. Kuwaiti authorities stormed the homes of the organisers of the sit-ins, arrested them and confiscated their phones and computers. This action was based on Article 12 of the Kuwaiti Public Gatherings Law of 1979, which prohibits non-Kuwaitis from participating in public gatherings.

The activists, who include prominent human rights activist Abdelhakim Fadhli, are being investigated for charges including; threatening the state, spreading false news, damaging the reputation of friendly countries, and misusing mobile phones.

The rights organisation pointed out that the 12 activists, who are complaining of ill-treatment and denial exposure sunlight, were presented to the Attorney General's on the 21st of this month.

Kuwaiti sources informed Euro-Med Monitor representatives that the 12 detained activists appeared in a miserable condition when they appeared before the Attorney General on July 21. There they complained of ill-treatment during their imprisonment, including being denied daylight, and requested that they are transferred to the General Central Prison, but this request was rejected.

According to Kuwaiti sources, Fadhli was systematically assaulted during the interrogation. The well-known rights activist has been arrested multiple times in recent years.

"The Kuwaiti authorities must release the activists immediately. They were not involved in any crimes that threaten their country's security and were peacefully demanding the basic rights the Bidoons in Kuwait," Euro-Med’s legal researcher Mohammed Emad said.

Emad added that the Universal Declaration of Human Rights provides for the right of everyone, not only citizens, to freedom of expression and peaceful assembly.

There are around 100 thousand Bedoons in Kuwait. They have been struggling for half a century to obtain  Kuwaiti nationality, which would grant them grants them basic rights.

Euro-Med  Monitor also stated that the 1961 Convention on Stateless Persons affirmed the right of residence and social and economic rights such as the right to work and social security, the right of ownership of movable and immovable property and fundamental freedoms such as freedom of movement and freedom of association.

Euro-Med Monitor asked that Kuwait comply with its own domestic legislation on nationality that is in accordance with international laws such as the Universal Declaration of Human Rights and the Convention on Stateless Persons. The organisation stressed that continuing to discriminate against those living in Kuwait without citizenship had profoundly damaging social and psychological effects. In addition, such practices violate human rights norms and are contrary to the requirements of international law.

The Kuwaiti Government established the Central System for the Remedy of Situations of Illegal Residents years ago to issue temporary identity cards to stateless persons which stated whether or not the holder of the card had a different nationality, and this would prevent them from accessing basic services in Kuwait.

Euro-Med Monitor called on the Kuwaiti government to find a just solution to the issue of stateless persons and to stop silencing their voices. Euro-Med Monitor also called on the authorities to respect the right to freedom of peaceful assembly and expression, to immediately release detainees and to guarantee their rights under domestic and international law.