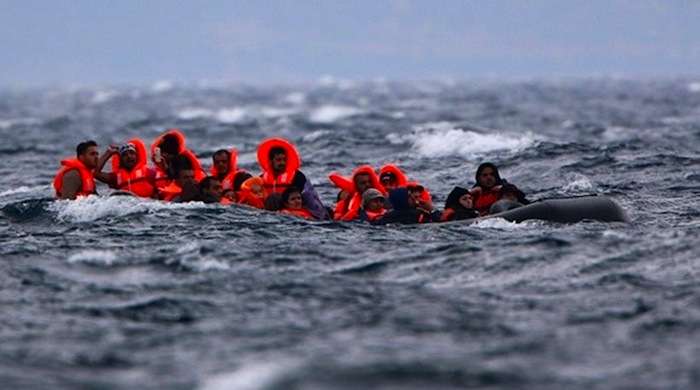 The Euro-Mediterranean Human Rights Monitor received information on Thursday from various sources about the sinking of an immigrant boat carrying at least 300 migrants.

Sources indicate that the boat sank off the coast of Khoms in western Libya. About 150 migrants are expected to have drowned in this incident, while rescue crews are still searching for possible survivors.

Euro-Med Monitor added that several survivors, including women and children, had received medical and humanitarian assistance from the International Medical Corps (IMC).

Earlier this year three boats carrying hundreds of refugees from the Middle East sank off the Libyan coast. On April 17, more than 70 refugees died when their boat capsized off the coast of Tunisia after embarking from Libya.

Nada Nabil, Euro-Med Monitor's media officer, said that the continued drowning of migrants off the coast demonstrates a clear disregard for moral values and legal norms. She added that these incidents are inevitable given the European Union's deliberate policy decision to not intervene in the Mediterranean. Given the absence of even the simplest equipment for Libyan rescue crews, it is clear that there is no particular regard for these migrants, she said.

Nabil said that European countries' measures to reduce the number of refugees fleeing war and preventing them from reaching safer areas clearly violated the 1951 Convention relating to the Status of Refugees. European countries have adopted strict measures to prevent migrants from arriving at their with little regard for their lives or the circumstances that lead them to leave their home countries.

"The recent period witnessed a significant increase in the waves of migration from the Libyan and Tunisian coasts towards the Italian coasts, especially in the light of the escalation of internal fighting and the deterioration of humanitarian conditions in the Libyan coasts," Nabil added.

The Euro-Mediterranean Human Rights Monitor said that the European Union's policy succeeded in reducing the number of migrants this year by approximately 30% comparing to the previous year. However, they  did not take the necessary measures to preserve the lives of these refugees.

The Euro-Med Monitor called on the EU to adopt a new policy that takes into account the humanitarian dimension in dealing with the issue of asylum and migration. The rights organisation added that security concerns do not justify leaving thousands of migrants and refugees at risk of drowning in the Mediterranean.