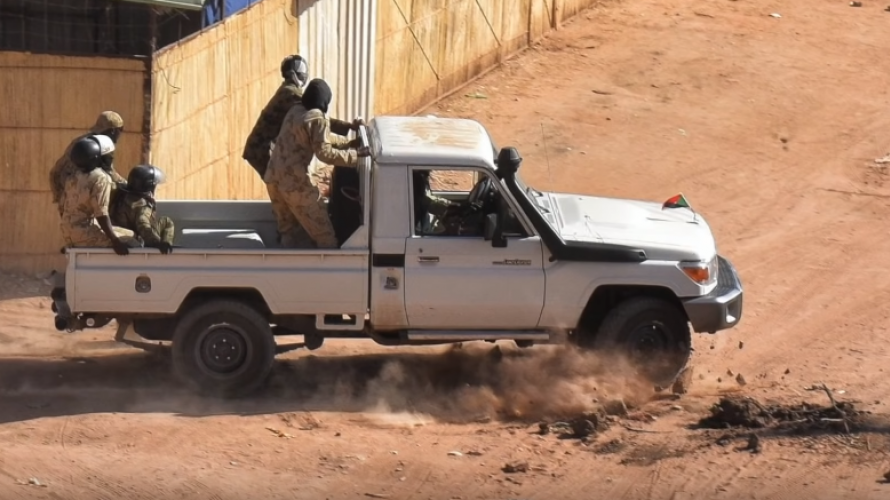 The Euro-Mediterranean Human Rights Monitor highlighted the deterioration of the security and human rights situation in Sudan. The most recent egregious violation of international human rights norms was the recent attack on the  Khartoum offices of SEEMA, the Center for Training and Protection of Women and Child's Rights in Khartoum.

"The staff of the center were surprised this morning as the outer door of the headquarters was broken, and the office's possessions were damaged," said  Nahed Jabrallah, Director of the organisation  SEEMA Center.

She added that she was as yet unaware who was responsible for the attack.

According to Sudanese sources, what was clear was that those who raided the headquarters had objectives other than theft. Some money and valuable belongings were not touched during the incident.

A Sudanese human rights source told  Euro-Med Monitor that the attack was the result of the fact that the SEEMA Center held information about serious human rights breaches that occurred during the peaceful protest outside the headquarters of the Sudanese army on June 3, particularly incidents of sexual assaults on protesters.

The SEEMA Center announced on Tuesday that it was taking the necessary legal measures, including reporting the incident to the authorities.

Center staff said that terror would not undermine their commitment to protecting victims of violence, particularly women and children. They added that they hope to share the task of building a safe environment for all with other civil society groups.

The popular protest movement in Sudan continues despite an agreement made this month between the Transitional Military Council and the Forces of Freedom and Change following the ouster of former Sudanese President Omar al-Bashir.

Nada Nabil, Euro-Med Monitor's media officer, said that the attack on a human rights organisation should be considered a retaliation as well as a violation of the right to freedom of opinion and expression guaranteed by international human rights law.

The Sudanese Transitional Military Council is required to uphold necessary human rights protections, Nabil said. She referred to article 12 of the Declaration of Human Rights Defenders, which describes the obligation of states to "take all necessary measures to ensure the protection by the competent authorities of everyone, individually and in association with others, against any violence, threats, retaliation, de facto or de jure adverse discrimination, pressure or any other arbitrary action as a consequence of his or her legitimate exercise of the rights referred to in the present Declaration."

Nabil also pointed out that article 22 International Covenant on Civil and Political Rights stated that "no restrictions may be placed on the exercise of this right other than those which are prescribed by law and which are necessary in a democratic society in the interests of national security or public safety."

Euro-Med Monitor called on the Transitional Military Council to provide the necessary security and safety requirements for human rights workers, especially for those in need of special protection according to international law. The organisation also stressed the need to accelerate the handover of power to an elected civilian body.