Crimes in limbo: SDF commits horrific crimes against Syrians under the cover of the international coalition 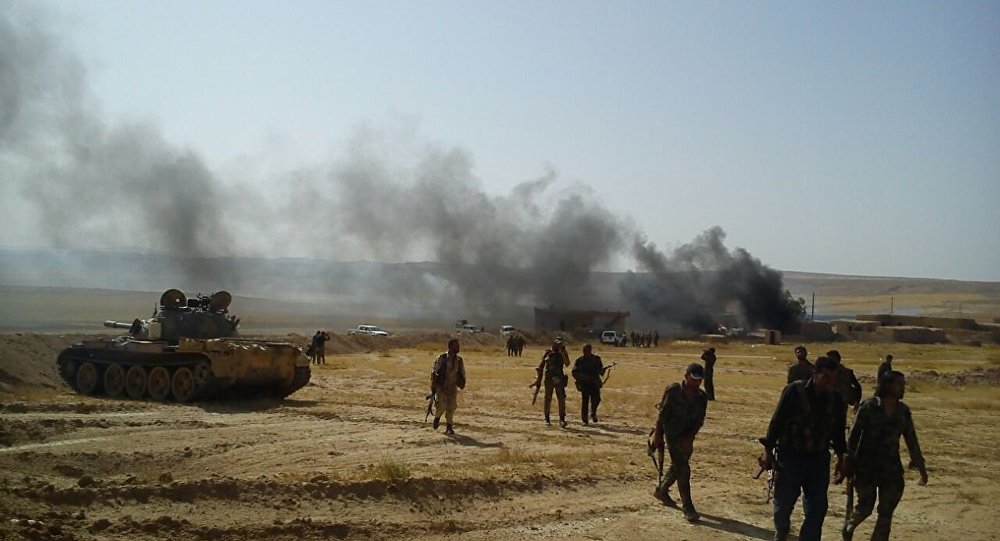 The Euro-Mediterranean Human Rights Monitor (Euro-Med Monitor) in a brief report today, shed light on numerous extrajudicial executions and other human rights violations carried out by the coalition-backed Syrian Democratic Forces (SDF) against civilians living in the eastern part of the country.

The SDF was established in the city of Qamishli in northern Syria on the 10th of October 2015 to fight against the Islamic State. At that time, they defined themselves as "a unified national military force for all Syrians, Arabs, Kurds, Syriac, and all other components." But the ethnic composition of the SDF forces composition of the SDF forces suggests this is not the case, and it is in fact dominated by Kurdish forces. Currently, 70% of its troops are Kurds, while Arabs and other communities account for just 30%.

In their report, Euro-Med Monitor highlighted the continued suffering of thousands of Syrians in the cities of Raqqa and Deir al-Zour following the defeat of the Islamic State in the region and the takeover of the eastern part of Syria by the SDF.

The report authors were particularly concerned by some of the alleged recruitment practices of the SDF.  It was alleged that the SDF had been undertaking forced recruitment of civilians in their battle against the Islamic State, even compelling children to fight in some cases.

Other atrocities committed by SDF forces that were brought to the attention of Euro-Med staff included the torture and extrajudicial killing of civilians.  A video was recently leaked to the Al Forat Network by a member of the SDF that showed the torture and execution of two Arab youths in an SDF prison.  It was alleged that the young men were killed because of their refusal to submit to the forced recruitment campaign.

Euro-Med Monitor staff later obtained a different video of a similarly appalling crime. It showed a member of the SDF torturing a girl and a man for refusing to go to a recruitment camp.  The video also showed a different masked soldier beating the girl and the man after handcuffing them and insulting them.

The report also referenced a widely-circulated video clip from various social media sites that shows a member of the SDF executing a married couple just for walking past a wall marked with anti-Kurdish slogans.

Another video showed SDF fighters torturing two handcuffed civilians to try to extract the hiding places of Islamic State forces. The video shows one of the soldiers beating a detainee around the head with a plastic chair.

The report also accuses the SDF of preventing civilians forced from their homes by the Islamic State or those who escaped Islamic State-controlled areas from returning to their homes, while also detaining hundreds of civilians in prisons lacking even the most basic amenities.

According to information collected by the Euro-Med from local human rights organisations, the SDF tortured hundreds of displaced Syrians and imprisoned them in detention centres for days on end in the hope of extracting any information relating to the Islamic State.

The Euro-Med Monitor report also contains testimony from Syrian civilians suggesting an intentional policy on the part of the SDF to alter the demographic makeup of areas under their control. The SDF confiscated dozens of houses in villages they captured, before annexing them to "self-managed" status within the framework of their planned Kurdish federal territory.

Mohamed Imad, Euro-Med Monitor's legal researcher, described recent events in eastern Syria Syria as a serious violation of the most basic legal rights guaranteed by international law. He added that the right to a dignified life, freedom of movement, safe living and access to basic services for Syrian civilians is guaranteed under multiple international agreements, including the Universal Declaration of Human Rights, the International Covenant on Civil and Political Rights,  the International Covenant on Economic and Social Rights, and the Convention on the Rights of the Child.

"The human and legal violations and executions carried out by SDF members outside the framework of the law represent war crimes and crimes against humanity.   They should be held responsible for their actions before the International Criminal Court," Imad stressed.

Imad expressed his concern at the uncritical support of the SDF amongst the international community, which continued despite the obvious human rights violations being perpetrated by the opposition group.

The report concludes by calling on the United Nations Security Council to intervene urgently to halt the SDF atrocities. Euro-Med Monitor also called for an end to all material and logistical support for the SDF from the international community, as well as an end to all coordinated military operations.

Euro-Med Monitor also called on the United Nations to set up a special investigation into the atrocities in Eastern Syria and demanded that the perpetrators appear before the International Criminal Court to face justice for their war crimes and crimes against humanity.