Medical staff caught in the crosshairs of conflict in Libya 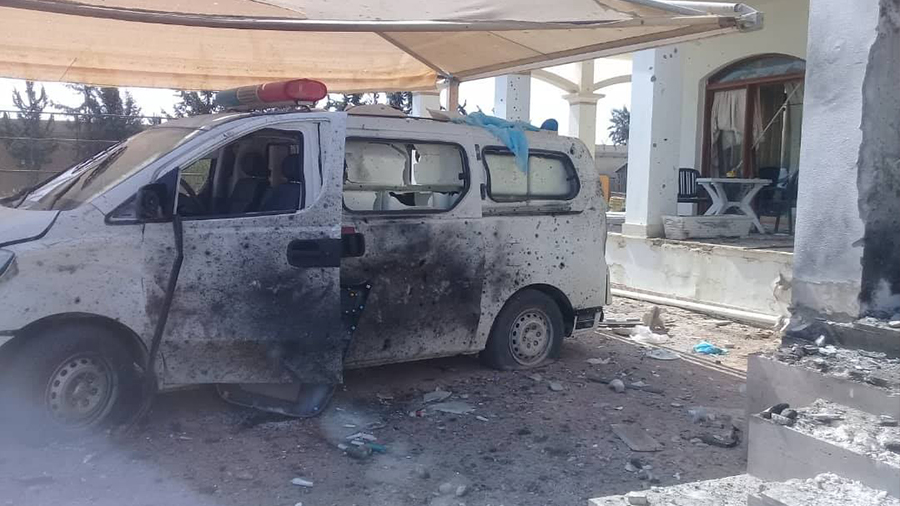 Geneva - The Euro-Mediterranean Human Rights Monitor (Euro-Med Monitor) on Tuesday condemned the killing of five doctors in Libya after the forces of Khalifa Haftar attacked a field hospital on Saturday. Euro-Med Monitor called on the World Health Organization and the International Committee of the Red Cross to intervene urgently to protect Libyan healthcare facilities and medical personnel. Euro-Med Monitor also called to provide them with full international protection and facilitate their work.

According to sources in the Libyan Government of National Accord (GNA), the field hospital was located in the south of the Libyan capital Tripoli and was providing medical care for GNA soldiers. Sources also indicated that the airstrike destroyed large parts of the hospital as well as injuring eight medical assistants.

Euro-Med Monitor denounced the intentional targeting of civilians, field hospitals and essential amenities. Such incidents have blighted the lives of Libyan civilians: airstrikes carried out by Haftar’s forces in the south of Tripoli in April and May have already forced thousands of families from their homes.

Since the outbreak of armed hostilities in April, Haftar’s forces destroyed a government-run hospital, three schools, as well as hundreds of civilian houses.

Euro-Med  Monitor have documented the deaths of more than 1,000 people, the wounding of 5,500, and the displacement of more than 100,000 civilians as a result of airstrikes and clashes between the internationally recognised GNA and Haftar’s forces.

Since 2011, the Euro-Med Monitor has also received reports  that prisoners of war have been executed before having their corpses mutilated by their captors.

"Targeting medical personnel is a flagrant violation of the rules of international law, according to Article 21 of the Fourth Geneva Convention of 1949, which criminalizes attacks on medical institutions and staff," explained Mohammed Imad, legal researcher at the Euro-Med Monitor.

Imad said that the deliberate targeting of the field hospital and the killing of doctors reflects the warring factions’ total disregard for the rules of international humanitarian law and highlights the absence of any accountability.

Imad stressed that targeting field hospitals and, medical centers , or killing medical staff during military operations constitutes a breach of the Geneva Convention, and as such is a war crime under Article 8 of the ICC Convention. Therefore, those who committed these heinous crimes must be held accountable regardless of the circumstances. He also stated that any act of reprisal is absolutely prohibited, and so cannot be invoked to carry out acts contrary to laws of war.

In its statement, the Euro-Med Monitor called on all parties to put an immediate end to military operations and to engage in a comprehensive national dialogue to find a peaceful solution to the crisis that has wracked the country since 2011.