Italy Should Allow 130 Refugees to Disembark from Docked Vessel 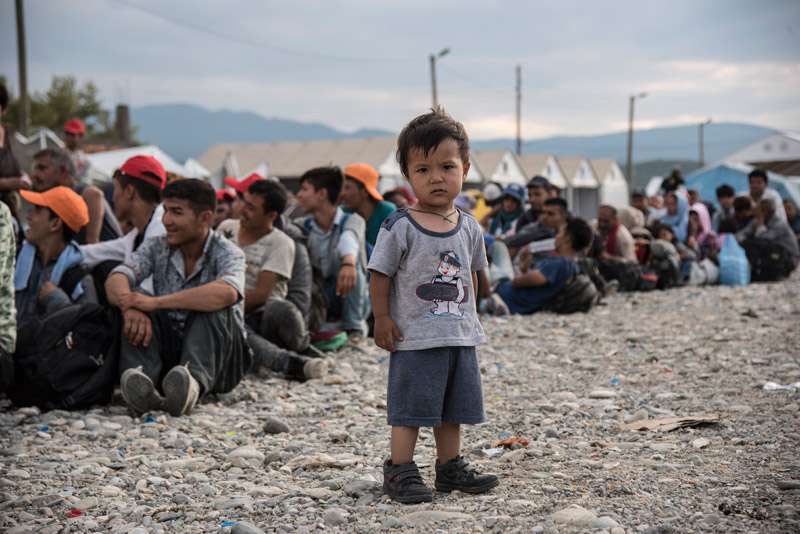 Last Thursday evening, and on the same day that 110 refugees died at sea off the Libyan coast in what’s been called "the worst Mediterranean tragedy,” an Italian coast guard vessel managed to rescue refugees and asylum seekers from two rubber dinghies that also sailed from Libya.

Similar rescue vessels are usually forced to spend days or weeks at sea with exhausted, undernourished and traumatized asylum seekers on board, as Italian authorities closed its ports to refugee rescue vessels last June and continue to explicitly ban said vessels from docking in Italian territories.

However, the Italian coast guard vessel, Gregoretti, was exceptionally allowed to dock in the city of Sicily as six refugees on board required necessary medical treatment, including a pregnant woman who was allowed to leave the ship on Saturday. But since docking, the Italian government continues to ban some 130 refugees and asylum seekers on board from leaving the ship, until the EU decides on which countries will take them in.

The unclarity in the EU on how said refugees will be redistributed between member states leaves said refugees prone to indefinite detention on board of Gregoretti in tragic conditions. This unsolved limbo exacerbates the suffering of refugees who underwent a dangerous journey through the Mediterranean to escape conflicts, persecution and life threats in their home countries.

The Euro-Med Monitor emphasized that such situation is unacceptable and stands in violation of the 1951 Refugee Convention, which stipulates that signing “States are expected to cooperate in ensuring that the rights of refugees are respected and protected.”

The Euro-Med Monitor calls on Italy to immediately disembark said refugees on board of the Gregoretti vessel and provide necessary legal and humanitarian measures that ensure dignified reception of refugees, respect for their rights in accordance with the Universal Declaration of Human Rights, and address their needs vis-à-vis medical attention, protection or otherwise.

The Euro-Med Monitor also calls on EU member states to immediately accept taking in their share of refugees and asylum seekers and to develop a better and clear mechanism to redistribute and integrate refugees that reach the EU through Italy, in order to avoid leaving the latter state overwhelmed under increased pressure of overcrowding refugees, where without suitable solutions, asylum seekers in Italy face various violations, including, but not limited to; acts of brutality and violence, arbitrary access to accommodation, risk of destitution, detention of children, denial of access to food and water, confiscation of properties as cell phones.

Euro-Med Monitor finally calls on Italy to take better care of asylum seekers, make an end to all violations of their rights and act effectively towards allowing them to live a dignified life.