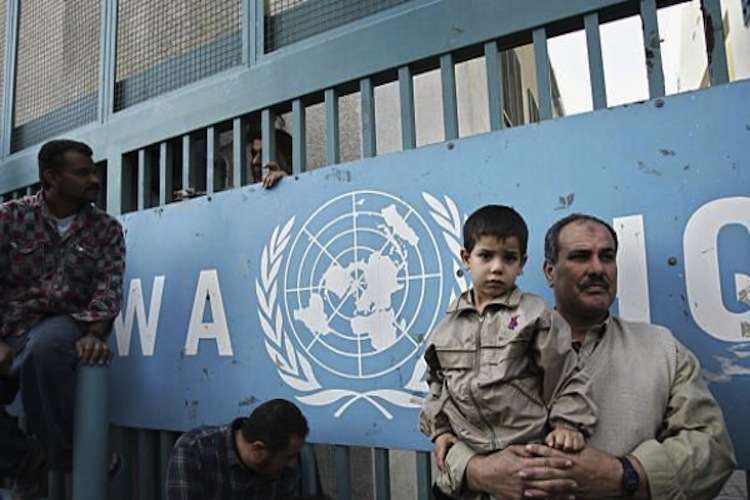 Geneva- The Euro-Mediterranean Human Rights today criticised Switzerland and the Netherlands' decision to suspend their support for the United Nations Relief and Works Agency for Palestine Refugees in the Near East (UNRWA). The decision came after the leaking of a report on corruption in the UN organization. Those most likely to lose out are hundreds of thousands of displaced Palestinian refugees, the Euro-Med said.

The Geneva-based organisation warned of serious repercussions for reducing international support for the UNRWA, which relies on voluntary donations budget, and that the decision threatens to end the Agency's services.

The decision to stop the relief services for the Palestinian refugees undermines their right to return, the Euro-Med Monitor said. Since the Agency was established, it has provided essential services for Palestinian refugees while efforts are made to find a solution to their situation in line with the UN General Assembly Resolution 194.  This resolution states the right to return of Palestinians displaced during the 1948 Arab-Israeli war and the establishment of Israel.

Corruption should not be addressed by cutting off funding, but by strengthening transparency mechanisms, mentoring, or even direct supervision, stated Euro-Med Monitor. Moreover, those who oversee the operations of the UNRWA are mostly members of the European Union.

The United Nations Office of Internal Oversight Services (OIOS) in New York notified the UNRWA at the beginning of this year of an investigation into charges of corruption. But according to a spokesman for the Agency's office in the Palestinian territories, it did not produce any official results.

International news agencies, however, this week published a leaked report to the UN Ethics Committee suggesting long-term corruption at the UNRWA.

The timing of the leak is suspicious given that the UN General Assembly convenes in September to consider granting UNRWA a new mandate for three years, the Euro-Med Monitor said.  The Euro-Med Monitor also noted that criticism of the UNRWA fits with the US Government's 'Deal of the Century' and historical Israeli animosity towards the UNRWA.

There are more than 5.2 million registered Palestinian refugees, mostly living in Jordan, Lebanon, Syria and the occupied Palestinian territories. However, Israel refuses to recognise their right to return to their homes as dictated by international law, the Euro-Med Monitor said.

More than two-thirds of the Palestinian refugees depend mainly on UNRWA aid.

"UNRWA provides essential services, including health care, education, emergency assistance and jobs, to millions of Palestinian refugees, and the decision to stop their financial support will increase the pressure on these refugees lives and destabilise the region," said Mohammed Imad, a legal researcher at the Euro-Med.

Imad said that Switzerland and the Netherlands' decision is reckless and would undermine the rights of the Palestinian refugees. He added that it is likely to increase their suffering in light of the UNRWA financial crisis after the US President Donald Trump suspended the US government's $300 million contribution to the UNRWA budget in August 2018.

He pointed out that the UNRWA has gone through many changes throughout its history and has received many positive reports on its professional standards as it provides services to more than five million refugees.

The Euro-Mediterranean Human Rights Monitor called to stop the campaign to tarnish the UNRWA's public image in a sensitive political situation and to increase financial support for the Agency.

Euro-Med Monitor also called on the UNRWA administration to ensure transparency and fairness in its work and not to allow any party to exploit alleged corruption cases to reduce support for Palestinian refugees.