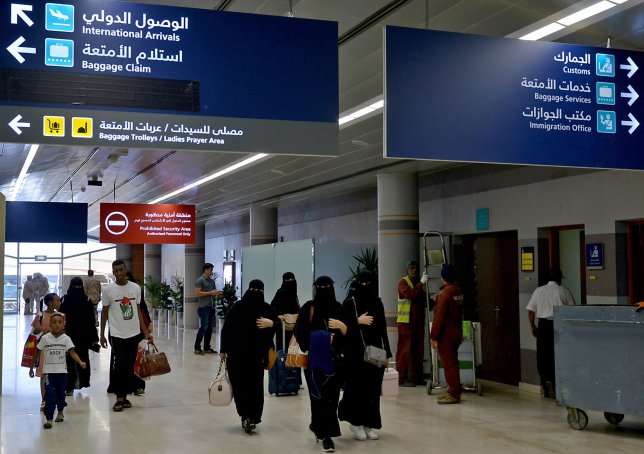 Geneva- The Euro-Mediterranean Human Rights Monitor welcomes the Saudi authorities’ adoption of broad amendments that reduce the restrictions on women's rights including access to travel documents, civil status, labor and social security laws. These decisions are the result of relentless campaigns by Saudi activists against discrimination, some of them are still in detention, paying the price for claiming their rights.

The Euro-Med Monitor said in a press release today that the Saudi decisions towards women is a step in the path of empowerment of women's rights and gender equality.

The international rights organization stressed that the recent reforms launched by the Saudi authorities towards women's rights came after a long journey by Saudi women activists who are still in detention. The Saudi authorities are therefore required to demonstrate their seriousness of respecting women's rights by immediately releasing all detainees on the grounds of freedom of opinion and expression inside Saudi prisons.

According to the several Saudi royal decrees published in the official newspaper, “passports are granted to anyone submitting an application among the holders of Saudi nationality” who are over the age of 21 without needing a permission to travel.

The amendments also give women the right to register birth, marriage and divorce and to issue official family documents as well as documents of guardianship of minor children.

Selin Yasar, Euro-Med Monitor's communications and media officer, said that Saudi Arabia should take further measures to ensure human rights and the rights of women are respected. Euro-Med Monitor calls on Saudi Arabia to put an end to discriminatory laws that prevent women from exercising their right to social and political participation.

The Euro-Med Monitor explained that the Saudi authorities have a long history of discrimination against women, as they continued to treat them often as second-class citizens because of previous laws issued against them regardless of age.

The Euro-Med Monitor drew attention to the need of raising the issue of female activists detained in the Saudi prisons such as Nasima al-Sada, Samar Badawi, Iman al-Nafjan, Azizah al-Yusuf, Lajin al-Hathloul and Aisha al-Mana, calling on the authorities to drop charges against all detainees of opinion in the country.

It is noted that Saudi Arabia became on 25 April 2017 one of the 45-member-states of the United Nations Commission on the Status of Women.

The Euro-Mediterranean Human Rights Monitor renewed its call to the Saudi authorities to build on these decisions, expand the scope of changes and reforms, and reconsider the Kingdom's reservations to the Convention on the Elimination of All Forms of Discrimination against Women, which it ratified in 2000.